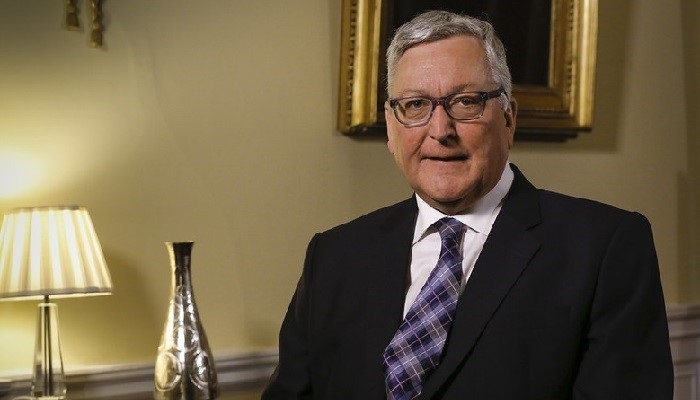 Scotland should receive at least £62 million annually in replacement of the European Maritime and Fisheries Fund (EMFF) according to Fisheries Secretary Fergus Ewing.

Mr Ewing raised the issue at an EU Exit Operations meeting last week and has now written to Secretary of State for Environment, Food and Rural Affairs, George Eustice, seeking much needed clarity on UK Government funding for this vital sector from 01 January 2021.

In addition to Brexit, Scotland’s seafood sector has been hard hit by the coronavirus (COVID-19) pandemic with the loss of export and food service markets.  The new funding is also key to supporting recovery for coastal communities and protecting jobs.

Full text of the letter below.

I am writing to you today to seek urgent clarification on the replacement for the European Maritime and Fisheries Fund (EMFF) which I again raised at the EU Exit Operations Committee on Tuesday. As you understand, this funding is vital to Scotland’s marine industries, its environment and it coastal communities. Despite many attempts by Scottish Government officials to clarify with HM Treasury, the level of funding being made available and the timescale for availability, no clarification has been forthcoming.

As you will be aware I have consistently highlighted that the previous allocation of available EU funding has been insufficient for Scotland’s needs. The allocation the UK sought in 2016 did not recognise the importance of the marine environment in Scotland or the opportunities it represents. In discussions with Defra officials on the replacement for the EMFF, the case for a significant uplift has been clearly set out , given that Scotland has some 14% of EU aquaculture production, 9% of EU sea fisheries landings and 10.9% of European sea area to manage. The marine economy in Scotland, and the rest of the UK, has the potential to provide vital, well paid, skilled jobs in rural locations and to support sustainable supply chains across the country and further afield. Market failures stand in the way of this naturally occurring. As one example, there are approximately 260 ports and harbours around Scotland, 90 of which serve the commercial fishing industry alongside a host of other users. Many of these were built in the 1800s and early 1900s and are becoming unfit for purpose, without substantial investment the potential growth in the marine economy will not be realised.

Scotland would therefore anticipate any domestic replacement funding to reflect this importance and we had identified that we are seeking an allocation to replace the EMFF of £62m per annum. Additionally given that the EU have increased the available funding for the new EMFF by €500m, even on the value of sea fisheries landing in Scotland alone, based on the new EMFF budget for the 2021-2027 period, 9% would equate to £70m per annum.

As I have also highlighted consistently, the loss of EU funding comes at a time when the biggest risk to Scotland’s seafood industry is the UK Government’s Brexit proposals. The harm Brexit will impose on the people and economy of Scotland must be minimised as far as possible. The alternative is to see our seafood industries facing potentially crippling delays and additional costs, which could prove devastating for jobs and exports and have wider repercussions for the marine sectors and the fragile communities which rely on these sectors. If we had remained as EU members the replacement for the EMFF would have been available from the start of January 2021. Given the UK Governments commitments in respect of EU funding it is therefore vitally important that the option is also available to support the seafood sector from the start of January 2021.

I look forward to confirmation of the required allocation of funding to replace EMFF in Scotland and the opportunity to provide support from the start of January 2021.

Continuing progress to reduce the spread of the coronavirus in Scotland, coupled with the roll-out of the vaccine programme and…