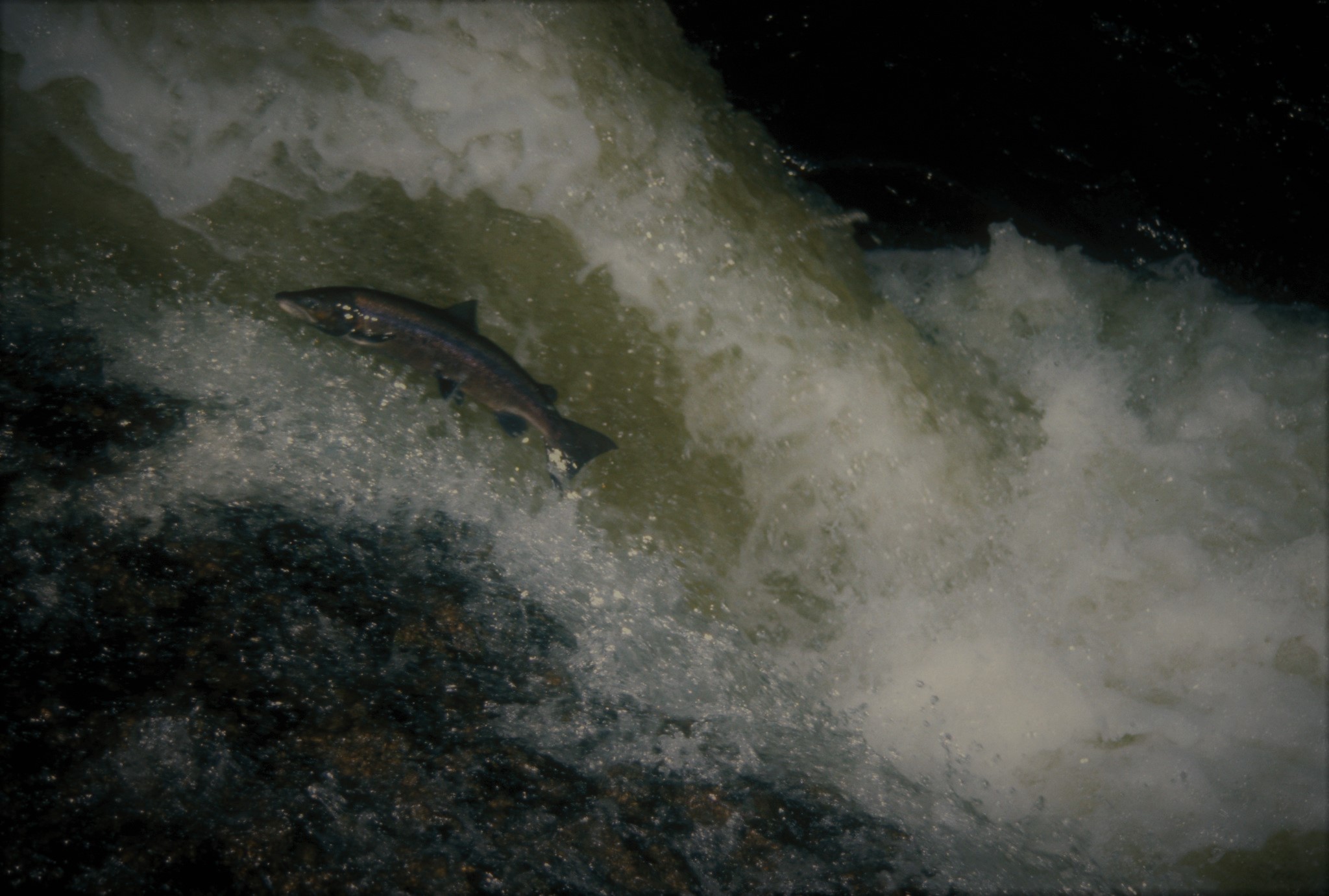 The distribution and migration routes of Atlantic salmon from different countries has been explored in a new study aimed at understanding the species’ decline.

The paper extensively studied the distributions of salmon in the North Atlantic in the first year after migrating to the high sea, bringing together data from 385 marine cruises, 10,202 individual trawls, and 9,269 captured ‘post-smolt’ fish, spanning three decades and ~4.75 million km2 of ocean.

Conservation of wild salmon is a priority for the Scottish Government and with Atlantic salmon numbers declining dramatically during recent decades, largely due to increased deaths at sea, it was necessary to look at the oceanic migration routes taken by salmon from different countries through this study.

Genetic methods were used to determine from which countries and regions a subset of the fish examined had originated.  Together with the capture location, this analysis helped to establish the migration routes and feeding areas of different regional groups of salmon. Scottish fish were the largest component of the ‘Britain and Ireland’ southern stock group.

The study identified a key foraging habitat for southern European post-smolts located in international waters immediately west of the Vøring Plateau escarpment in the Norwegian sea. The work has important implications for understanding factors influencing migration and foraging aggregations. Furthermore, it informs analyses of potential impacts on salmon from climate change and by-catch from high seas fisheries.

John Gilbey from Marine Scotland, the Scottish Government directorate responsible for the integrated management of Scotland’s seas, was the lead author.

He said: “This study brings together 30 years of observations of post smolt salmon at sea, achieved through collaborations with colleagues from across the eastern north Atlantic area.

“This collaboration and the use of genetic identification techniques has helped to establish the regional origins of fish and stock specific variations in ocean migration and feeding areas. “In a changing environment, where salmon face diverse and increasing pressures, such insights on the marine phase of salmon are of vital importance for understanding the pressures these fish face, and inform conservation efforts.”

The early marine distribution of Atlantic salmon in the North-east Atlantic: A genetically informed stock-specific synthesis.

Together with Scottish scientists from Marine Scotland, The University of the Highlands and Islands, and The Atlantic Salmon Trust, the team of international researchers was comprised of scientists from across the UK and international scientists from Norway, Ireland, France, Spain, Faroes, Denmark, Finland, and Russia. Many of the post-smolts were collected and screened as part of the EU Seventh Framework Programme funded SALSEA-Merge Project (Project No. 212529), co-sponsored by the Atlantic Salmon Trust and the Total Foundation. Data integration, analysis and manuscript production was undertaken as part of the SEASALAR Project funded by the Research Council of Norway (Project No. 280308).