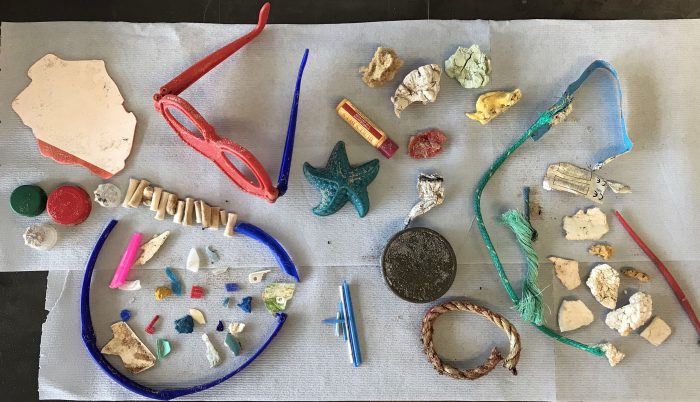 Beaches in the north east of Scotland were up to six times cleaner between 2019 and 2020 compared to previous surveys in the area, a new scientific paper has found.

The publication by scientists in the Marine Scotland directorate of the Scottish Government and Saltwater Life analysed the sizes and weight of plastic collected at surveys across 10 beaches to increase understanding of the sources of the litter. 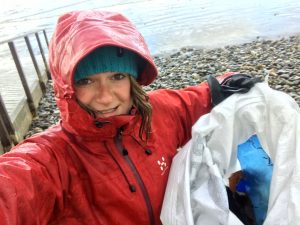 Despite the weather the survey must go on.

The research used simple models to improve knowledge of how plastic items which break up at sea through fragmentation can end up on our beaches, as well as reviewing the weights of plastic items, which is different to usual methods of counting the number of litter items collected. It also considers the need to standardise monitoring programs so data can be compared and assessed between regions.

The surveys, which were carried out between September 2019 and August 2020 in areas ranging from Nairn to Aberdeen, collected 1,618 items, weighing 25,797g with 86.6% of that total being plastic. The paper, published in Frontiers of Marine Science, reported a median 15 litter items per 100m across the surveys, which is below the new Convention for the Protection of the Marine Environment of the North-East Atlantic (OSPAR) threshold of 20 litter items per 100m. It was also six times lower than a previous study of 222 surveys in the same area in 2017 which recorded a median 120 litter items per 100m. 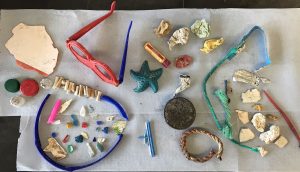 Laying out litter ready to be cleaned and weighed 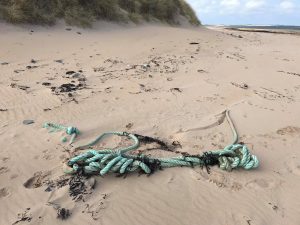 Rope on the beach at Rattray Bay

Co-author Dr Bill Turrell said: “The study which is part of the Scottish Government’s marine litter research programme, showed that instead of just counting litter, weighing litter can provide better evidence of the impact of marine plastics in an area.

“Less public littering over the Coronavirus pandemic could have also contributed to our finding that beaches in the north east of Scotland were up to six times cleaner than previous surveys.

“The findings will help to provide a more standardised process for analysing litter so that governments, industry and communities can better understand the marine litter problem, and how best to tackle it.”