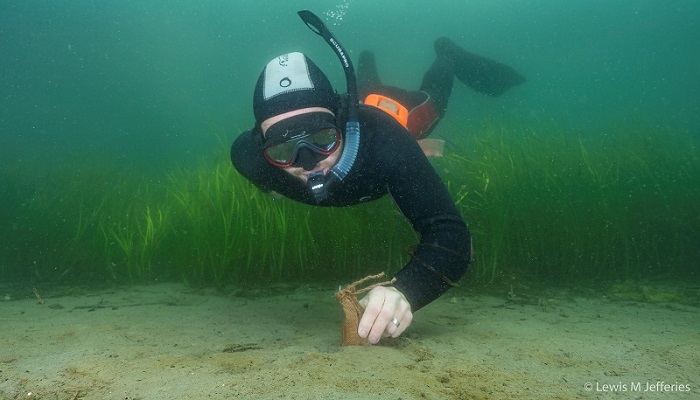 The Scottish Government through the Scottish Blue Carbon Forum has supported the purchase of a drone for Project Seagrass. The equipment will be used to map Scotland’s seagrass habitats and support community mapping and habitat restoration projects. 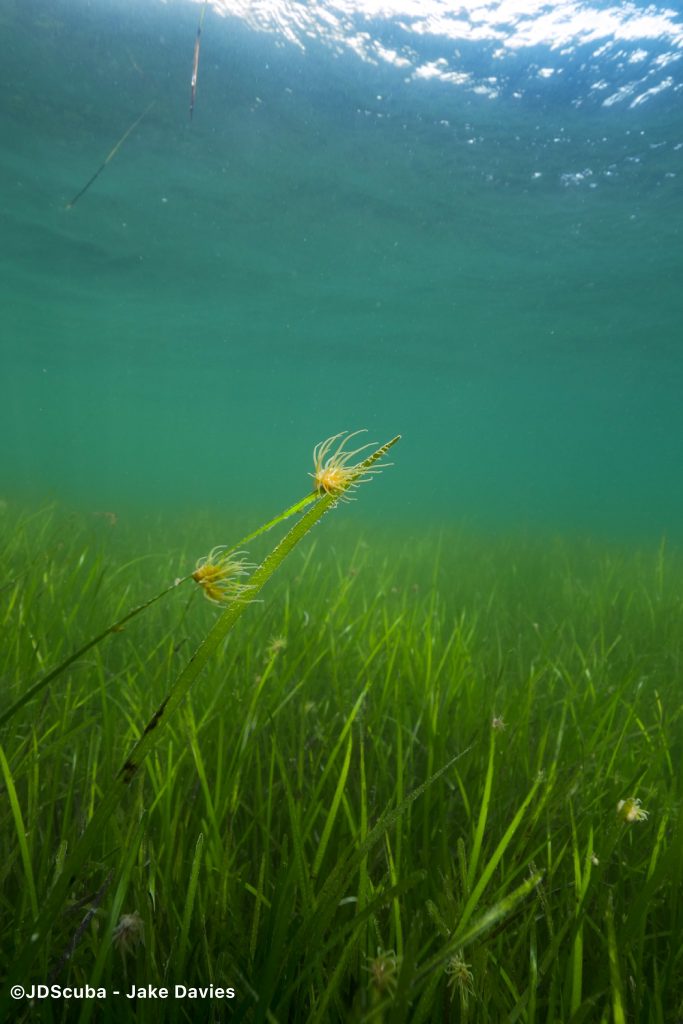 Scotland has the highest abundance of seagrass habitats in the UK, due to the favourable/good water quality and suitable environmental conditions. In the UK there are two recognised species of seagrass: eelgrass (Zostera marina) and dwarf eelgrass (Zostera noltii), both of which grow in shallow coastal areas on sheltered sandy or muddy seabeds. Eelgrass is found in shallow, fully marine conditions on muddy to relatively coarse sediment. Dwarf eelgrass occurs higher on the shore to the high-tide mark, on mud, sand and muddy sands and will inhabit areas that entirely dry-out at low tide.

Seagrass is a special habitat – it helps support a rich biodiversity and provides many benefits such as shelter for a variety of marine creatures, nursery areas for fish we like to eat (such as cod) and a food source for some bird species. They are also important for climate change adaptation, including protecting coastal areas from the impacts of storms, helping prevent shoreline erosion and regulating coastal water quality. These habitats are classed as Blue Carbon habitats because seagrasses take up and store carbon and have the potential to contribute to climate change mitigation. Much is still unknown about how much carbon Scottish seagrass takes up and stores, and it is an active area of research, including within the Scottish Blue Carbon Forum. 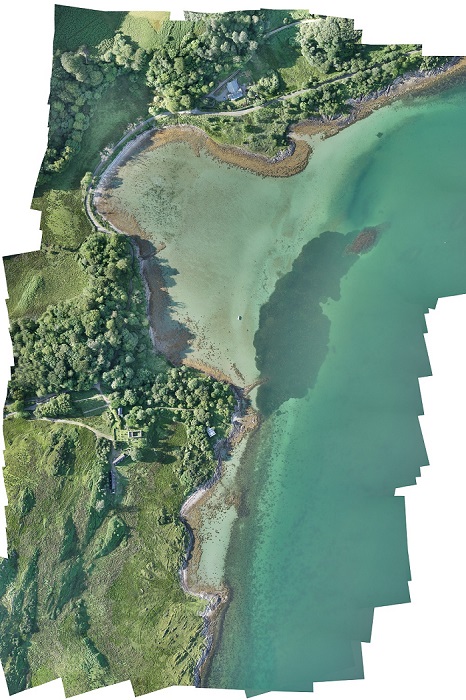 Since they are so special, seagrass habitats are classed as a Priority Marine Feature (PMF), a UK Biodiversity Action Plan habitat and an OSPAR threatened and declining habitat. In Scotland, 26 known seagrass locations are protected by a variety of Marine Protected Areas (MPAs).

Seagrasses grow best in clean undisturbed water. When things happen that change this, such as pollution from the land, trampling and dredging, they can become damaged, causing the seagrass meadow to become degraded or the seagrass to disappear completely.

This means it’s really important that we know where all of Scotland’s seagrass areas are, and understand if they are doing well. If they could benefit from interventions such as protection or habitat restoration, then government and the local communities lucky enough to live near seagrass meadows can help, but we need to better understand these amazing habitats and how to look after them.

Project Seagrass is an international environmental charity devoted to the conservation of seagrass ecosystems through education, research and action.  Through their hub in Scotland, they are using the drone funded through the Scottish Blue Carbon Forum to identify new seagrass areas. Recently, they discovered a new meadow in the Bay of Tuqouy on Orkney. They are also supporting community-led restoration projects. The Scottish charity Seawilding run an innovative project in Argyll at Loch Craignish to recreate the sea lochs’ natural oyster beds and expand its small surviving seagrass meadows.  Learning from this project could support other projects around the UK.

Look out for more opportunities to learn about Scotland’s seagrass through Marine Scotland’s and NatureScot’s COP 26 programme, which will be released soon.