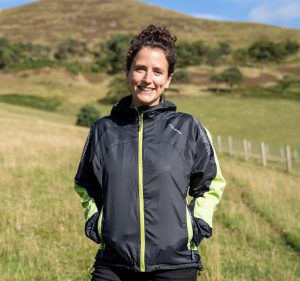 Honey bees are part of both our Scottish agricultural landscape and our environment. As well as the production of honey and bee hive products, they play a significant role in the pollination of food crops and wild flora.  As part of the environmental crisis, insect populations, including wild honey bees have been in decline across the world. In the UK, honey bees can now only survive if they are managed by beekeepers.

We have published the Review of Scotland’s first 10-year Honey Bee Health strategy published in 2010. The Honey Bee Health Strategy is an extension of the Scottish Government’s commitment towards the highest standards of animal health and welfare for all animals in Scotland.

The Review, conducted in conjunction with Scotland’s Bee Health Improvement Partnership (BHIP), will allow us to acknowledge and understand the progress made since 2010 and identify the areas which can be improved upon to best support a healthy and sustainable population of honey bees in Scotland in future years.

The review’s findings make clear that the main outcomes of the first Strategy are just as relevant now as they have ever been and initial work has commenced on the production of the new Strategy which will be published by June 2022.

It is more important than ever that we protect our honey bees and understand their interactions with the environment and with wild pollinators. It is because of this we recognise that partnership working between the Bee Health Team and Nature Scot must be increased on both the Pollinator Strategy for Scotland and the Honey Bee Health Strategy. In addition to this, through the continued co-operation working via the BHIP, we can look forward to achieving a sustainable and healthy population of honey bees for pollination and honey production in Scotland in the years to come.

A thriving farming industry makes an invaluable contribution to our communities, shaping the landscape, protecting biodiversity and providing a major contribution through the food it produces and many other businesses which help to keep farms operating.

Many of us will have vivid memories of what can happen when this goes wrong. Disease outbreaks like Foot and Mouth in 2001 not only desolated the countryside but cost the UK economy more than £8 billion. Beekeepers in Scotland are still dealing with the aftermath of the European Foulbrood Outbreak first detected in 2009 and which led to the implementation of the Strategy.

Brexit has also presented a multitude of challenges to the Scottish agriculture, including beekeepers. The third country trading relationship with Europe has meant a ban on imports of honey bees packages and colonies. The Northern Ireland Protocol opened a back door for entry of imports from the EU, creating an unfair and uneven playing field for Scottish importers as well as raising concerns over our ability to carry out risk-based post-import checks for honey bee diseases and pests. Scottish Ministers will continue to defend Scotland’s interests and raise these issues with the UK government.

Future work will look at issues such as what impact Brexit has had, specifically around the import/export of bees. It will also ensure that a more joined up approach is taken when thinking about biodiversity and other pollinators and how honey bees impact the wider environment.

Later this year we will be circulating a survey to the Scottish beekeeping community to help provide us with a better understanding of what are the main issues, concerns and ideas of those with an interest on honey bees in Scotland. The results from the survey and from the Review will form the basis for the creation of the next 10-year strategy.

In this difficult climate the new strategy will be key to solving some of these issues by creating a more resilient, self-sufficient beekeeping industry and protecting the health of our honey bees with adequate surveillance and disease controls.

Ahead of COP26, I was privileged to go on a Virtual Visit to the village of Mangamba, to meet with…

Honey bees are part of both our Scottish agricultural landscape and our environment. As well as the production of honey…