Trade and Investment Minister Ivan McKee is visiting China this week to promote the growing economic, cultural and educational links between Scotland and the world’s second largest economy.

On the final day of his visit on Friday 5 July, Mr McKee hosted a breakfast meeting with GlobalScot Alan Hepburn, CEO of The Hepburn Group to discuss Scotland’s Export Growth Plan and the role of GlobalScots in supporting its delivery before attending a Chinese Overseas Investment Network Roundtable.

He then met with companies Ctrip – an existing Chinese investor in Scotland – and Modo – a Scottish technology company that has entered the China market at an early stage. 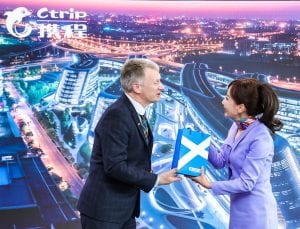 He also met with the Vice Mayor of Shanghai to talk about links between Scotland and Shanghai, particularly cultural relations. 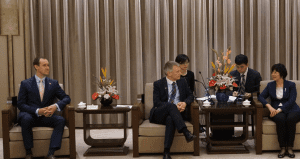