Chart showing percentage of land that is organic 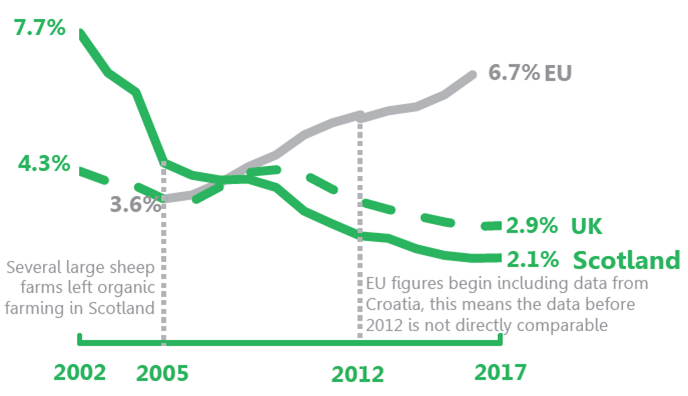 The new figures on organic farming were published today by analysts in the Scottish Government. Grass and rough grazing, used for producing beef, lamb or milk, makes up 93 per cent of organic land, with cereals accounting for a further four per cent.

The number of organic cattle remained fairly constant at about 29,000, but there was a significant increase in the number of sheep, up by one third to 154,000. About two per cent of both cattle and sheep are organic.