In this blog Lisa Lochran tells us about her experiences. 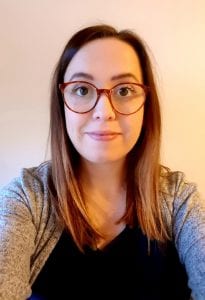 I graduated from the University of Strathclyde in 2009 with a 1st class honours degree in Psychology and somewhat hazy plan of what to do next. I applied for a graduate post with the UK civil service at the Foreign & Commonwealth Office in London, in a recession induced panic during my final exams, fearful that there would be no Psychology related jobs anywhere when I graduated. I was successful and moved to London. My job was to support British Nationals abroad who were in crisis; dealing with crimes, hospitalisations, deaths and natural disasters. I worked there during the Icelandic Ash cloud disaster that grounded thousands of flights across Europe in 2010. I also experienced the changeover in administration from Labour to Conservative, watching Prime Minister Gordon Brown give his final departure speech outside Number 10, and David Cameron’s arrival, from the Foreign Office courtyard opposite. Personally while the job was interesting, the pay was very low, London was very busy and I was renting a small bedroom for an extortionate amount of rent. I decided to return to Glasgow and my family and friends, as well as the beautiful green spaces, tattie scones and world class tap water!

I then decided to give a career in Psychology a good go and worked in various temporary roles over the next couple of years mostly based in mental health research in academia. I was toying with the idea of doing a PhD when a friend of mine, who worked at the Scottish Government, let me know they were looking for Statisticians and thought I would be interested. My immediate reaction was “but I’m not a maths geek”, but I had a look at the job advert anyway. I was surprised that the criteria for applying welcomed people with degrees in all sorts of disciplines not just Mathematics, as long as statistics had been a component. I was attracted to the security of the permanent contract, the benefits and the pretty good salary. I applied, and was invited to the assessment centre which was split into a test then an interview. A few weeks later I was delighted to find out I was successful.

I’ve now been working for the Scottish Government for almost six years. My first post was in the team analysing data on further and higher education in Scotland. I was supported by friendly, experienced, and intelligent co-workers who eased me in to the job. I received training on both the technical aspects of the statistics role as well as on the wider workings of Government. I was part of an induction group of new Statisticians who all came from various educational and employment backgrounds. After my 9 month probation period I was successful in an application to be promoted to the grade above and continued working in education statistics. I handled large amounts of data on a daily basis, learned new ways of displaying the data using infographics, prepared national statistics publications, analysed data for various parliamentary questions and freedom of information requests, briefed Scottish Ministers both verbally and in written submissions, worked with communications and policy colleagues and promoted the use of statistics wherever possible. It was a busy and high profile post and often Ministers would quote our statistics on television in parliament or on television. I loved it.

One of the other things that attracted me to the job at the Scottish Government was the opportunity to work across departments. You can also apply for internal vacancies outwith the analytical professions and I decided to give this a go after a few years and gained a promotion to work within the First Minister’s office. This was a fast paced, intense, but immensely rewarding role at the heart of Government. Whilst it wasn’t a statistical post, my analytical skills were very useful in quality assuring briefings and summarising key points for the First Minister. I was nervous sitting in meetings with her every week, but I quickly built my confidence and resilience to meet the demands of the post. Getting to work so closely with her was a privilege I won’t forget. Following this post I worked in the Communities Social Justice team, learning how to design and deliver policy, giving me a pretty well rounded understanding of how government works beyond the role of a Statistician. Ultimately though I decided my skills were best suited to an analytical role and I recently returned to the professional statistics group. I am currently in the Climate Change Statistics team, analysing data on greenhouse gas emissions and carbon footprint. I am excited to be working in area which is fast becoming one of the most high profile topics of interest both within Government and beyond.

Finally whist I think the fascinating and fulfilling opportunities of the type of work you can be involved in at the Scottish Government are attractive enough, I find the flexible working environment one of the most important factors in helping me feel content at work. During the last six years I have worked a range of full-time and part-time working patterns, as well as taken maternity leave, and felt fully supported every step of the way.

Sex and Gender in Data

By Roger Halliday, Chief Statistician, Scottish Government. Today I am publishing the guidance on sex and gender in data. This…

Making Better Use of Data for Land-Use and the Environment