BlogsDigitalTechnology doesn't have values. People do.

Technology doesn’t have values. People do. 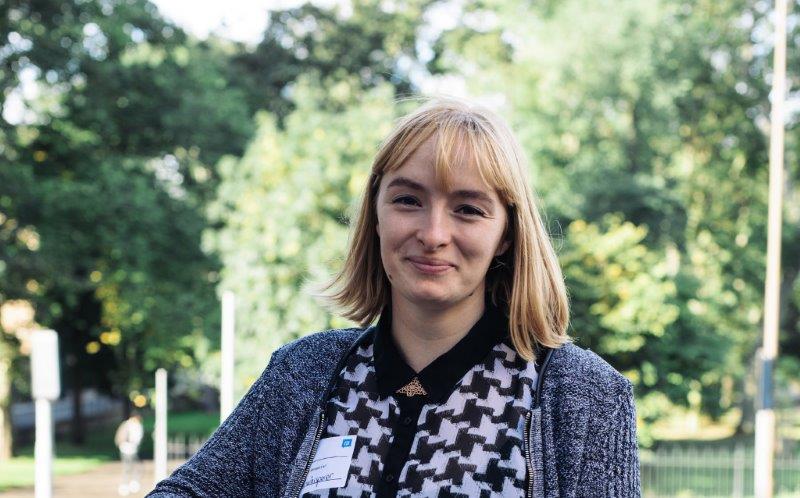 Alex Humphry-Baker is a Senior UX Designer at Bemo. She explains how diversity can help make sure that technology isn’t prejudiced, and doesn’t prop up damaging stereotypes.

“Once you skip ahead to think technology will either harm everything or solve everything, you’ve effectively removed the need to apply critical thinking.”

This quote, by futurist and all-round incredible woman, Amy Webb perfectly encapsulates a sentiment I’ve come across a number of times working as UX Designer at the intersection of human-centred design, and exploration of emerging technologies.

Our view of tech

It’s worrying because, as the events from the past year demonstrate, we live in polarized times and this dichotomy extends to how we react to tech. It’s hard to ignore the fact that technology (or smart products and services that use the internet), are changing how we work, where we live, what we eat and even what we believe.

As a designer concerned about building services and products that enable people in their lives, I don’t see technology as an answer but more as a material that reacts to, and is shaped by, how we use it.

It can be used to distract and entertain – think Snapchat, Netflix and Tinder. Or it can be used as a vehicle to connect us. In its best form, it can build bridges of understanding between disparate communities, and empower us to create change and get our voices heard.

I believe that the most fertile ground for innovation lies in the space between our filter bubbles. And, as designers, it’s our responsibility to engage with a spectrum of ideas rather than extremities.

So how can we get past this ‘you’re either with us, or against us’ debate and start talking about how we can 1) overcome this divide 2) regain our critical thinking regarding technology?

As with any creation, new technologies embody the values of those who make them. If we believe that technological evolution is driving change then we need to be aware of this, and diversify the ‘gene pool’ so the best ideas can be born and thrive.

The tech world still has a way to go in terms of encouraging more women to join its workforce, but we also need to encourage diversity in thinking too.

We’ve all heard of Microsoft infamous twitter bot Tay, built to resemble a 19 year old female teenager, whose conversation was shut down after it made neo-Nazi, sexist and inflammatory political statements.

According to a recent study, 1 in 4 women under 30 experience cyberbullying and harassment. Perhaps a more diverse team could have brought personal insights on trolling? And that knowledge might have meant Tay’s algorithm was better equipped to deal with abuse.

Or what about the overwhelmingly female sounding voice assistants, that are always there, ready and waiting to fulfill your command? Whose values do they portray?

A Stanford University study has shown that both men and women prefer female virtual assistants, saying the female voice is more “understanding, welcoming and nurturing”.

But, as you can imagine, this also perpetuates certain stereotypes. The research goes on to state that participants preferred a male voice when they were requesting technical information and a female one when the subject was about love and relationships.

And, even if you can differentiate between a She-bot and a fellow female human being, children growing up with a voice assistant are learning that she never asks you to say please, she’s extremely apologetic and she never, ever says no.

My personal favourite example of a project embodying the values of their creators – to the detriment of others – is Beauty.ai a machine learning start-up. Last year, they held the world’s first AI-driven beauty contest.

More than 6,000 people submitted their pictures to have their attractiveness evaluated based on factors such as symmetry and wrinkles. 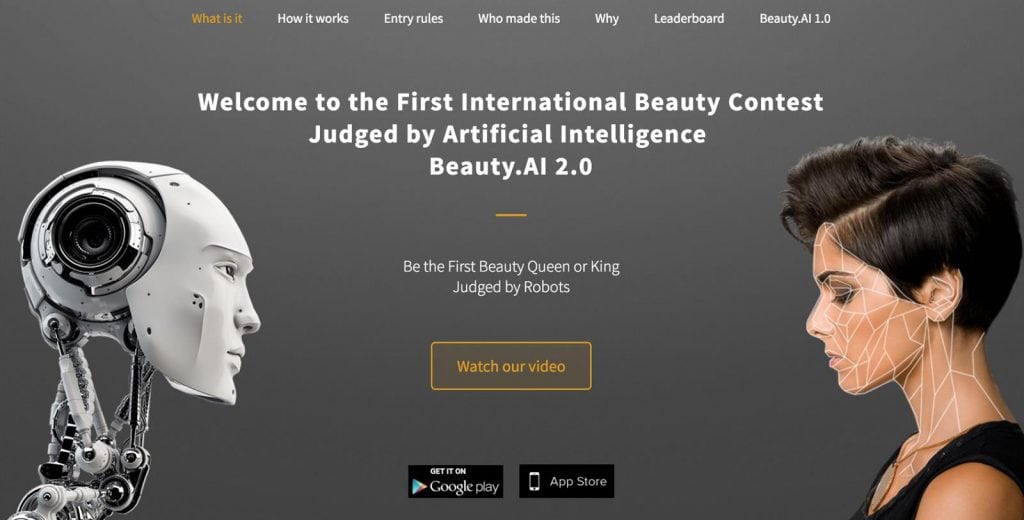 The point of this experiment was to remove the social biases that human judges have. But the results were disappointing. Of the 44 winners, the majority were white, a few were Asian and only one was dark-skinned.

The problem, as one researcher later explained was that the image samples used to train the algorithms weren’t balanced in terms of race and ethnicity, i.e. the people teaching the machine to think only fed it their interpretation of beauty – rendering this whole unbiased goal destined to fail from the word go.

Don’t blame it, shape it

It’s easy to blame the people behind these technologies after the fact, but where does that really get us?

Let’s bring those contrasting opinions and belief into the labs, offices and war rooms where ‘tech’ happens.

Let’s coach each other to do better, to avoid building things that risk perpetuating bigotry, objectifying women or hold prejudiced standards.

If we don’t start getting involved with these new forms of technology from the beginning – we will miss out on the opportunity to shape them. Tech moves so fast, that in less than 2 years, what’s out there will be established as the norm and much harder to change.

We have the fantastic opportunity to shape the future of technology. We need to make sure we are helping to build one that celebrates, and benefits from, diversity.