BlogsDigitalCodeYourFuture: how we embrace diversity in our coding school for refugees and asylum seekers

CodeYourFuture: how we embrace diversity in our coding school for refugees and asylum seekers 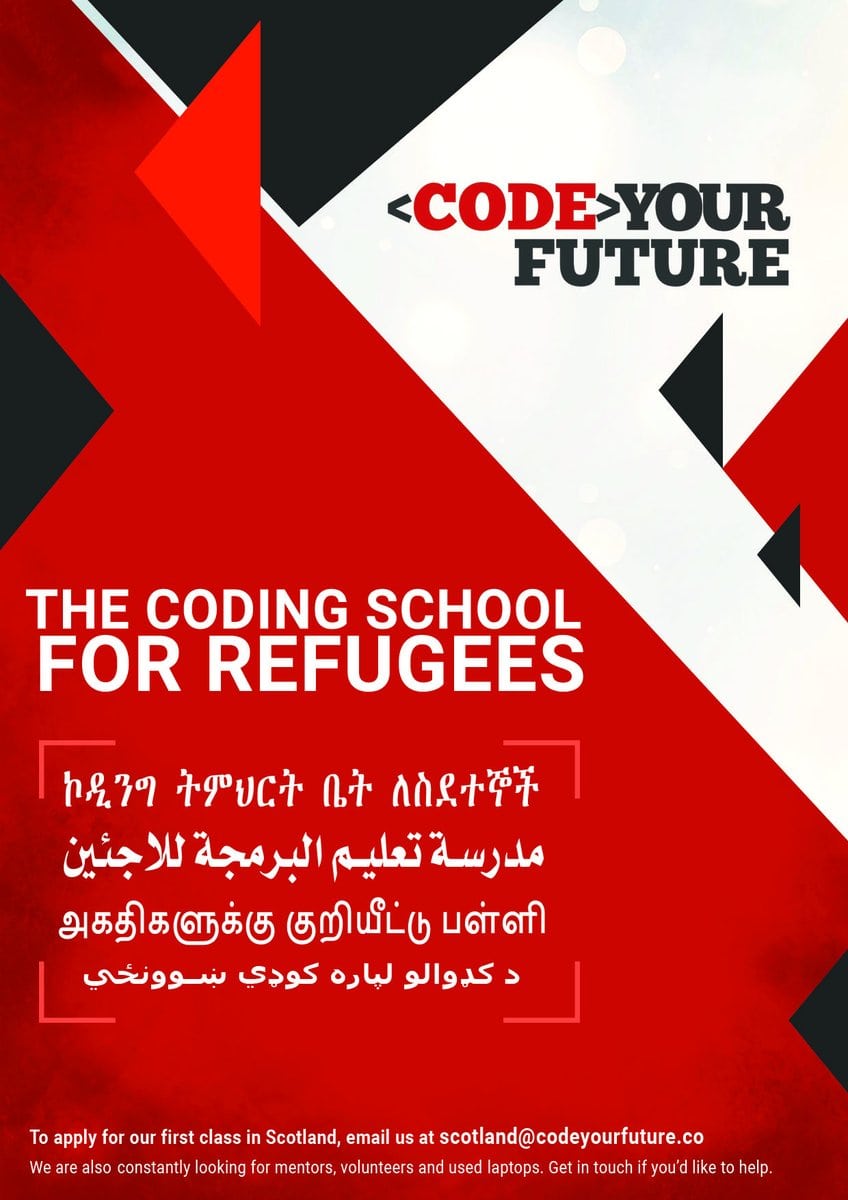 Mozafar Haider Ibrahim is an Edinburgh-based software developer and a CodeYourFuture mentor. He describes how the organisation celebrates, and benefits from, the diversity of all the people involved in it.

I recently began working with CodeYourFuture – a volunteer-run, 6 month course that teaches refugees and asylum seekers programming. I started as a mentor teaching in the London class, then got involved with creating a new class in Scotland.

Our class, by virtue of its target group, is diverse. Being involved in this project, especially helping to set up the latest class, has given me a chance to reflect on the lack of diversity in the tech scene, and whether enough is being done to tackle that issue.

Why we need a diverse workforce

In CodeYourFuture, our students and mentors have a mixture of nationalities, ethnicities, sexualities, religions and cultures.

We ask our students to make a small website about a topic they are passionate about, and we’ve received submissions on topics like: freedom of press in Iran, Ethiopia’s tourism, human rights activists in Myanmar and famous Sudanese writers. We’ve even had a site about how eating insects can be good for your health!

In our Sunday classes in London, the students often bring homemade food to share with the group. So every weekend we enjoy delicacies from countries including: India, Ethiopia, Afghanistan and Syria.

As mentors and volunteers, being exposed to all these cultures and new perspectives helps us become better people and professionals.

It’s created an amazing working environment, one where we’re genuinely passionate about what we’re doing, and so willing to dedicate extra effort to it.

Diversity shouldn’t be an afterthought

Many organisations – especially big corporates – only think of diversity, and the representation of minorities, as an afterthought, a checkbox in a bureaucratic list that has nothing to do with the daily reality of their businesses.

Germán Bencci, one of the founders of CodeYourFuture in London, stresses the importance of embedding diversity and inclusion in the core of any organisation. That was key to the success in our London class in which 40% of the students are women. (That’s about ten times higher than the average number of women in software engineering jobs in the UK.) 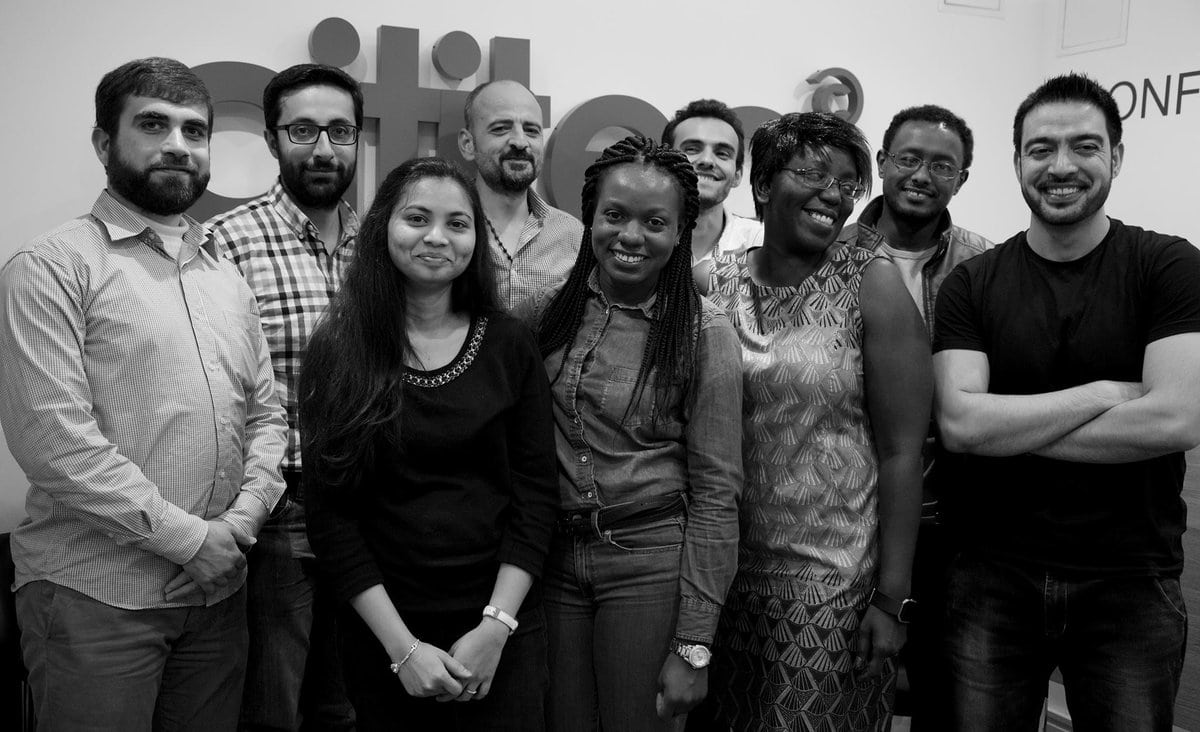 The first cohort of CodeYourFuture’s programming course for refugees and asylum seekers. Photo by Alice Rowsome.

Most of our volunteers joined us because they felt that it was their way of taking a stand against the hatred towards, and lack of empathy for, migrants in general (and refugees especially) in the last few years. So, to us, diversity, inclusion, openness and tolerance are as important as coding.

Twitter recently put a message on their mobile app mentioning that it was “proudly made in America by immigrants.” More companies need to have this kind of courage, and stand up and be clear about their core values and identity.

When we spoke to potential students in Scotland, we got different responses and attitudes. Some felt that coding is not a ‘feminine’ job, and others thought that women aren’t naturally good at maths and/or coding.

At the start it was tempting to assume those attitudes were the result of our target groups’ cultures and backgrounds. But our female Scottish mentors, told us that their families and colleagues hold these kind of opinions too.

The media often stereotypes coders as being unattractive, socially awkward males holed up in messy bedrooms. That might sometimes be true, but it’s lazy and contributes to the mistaken idea that tech isn’t a field for women.

We need more stories like the recent movie Hidden Figures, that help increase awareness of notable, but underrepresented and lesser known, mathematicians and computer scientists.

In terms of gender-balance, we have as many women mentors as men, and groups like Node Girls, who run free JavaScript and Node.js workshops for women, non-binary and trans people, were paramount to the success of our classes. They played an important role in guiding the way we worked, and improving our classes.

The diversity and balance of our core team of mentors and volunteers has helped lay solid foundations for the project.

We believe that having a diverse leadership sends the strongest message about our organisation’s commitment to diversity.

Prev Designing our Diversity Unconference to be inclusive
Next We’ve just started: diversity unconference follow up