IA2017 – Fish communities show signs of recovery in some areas 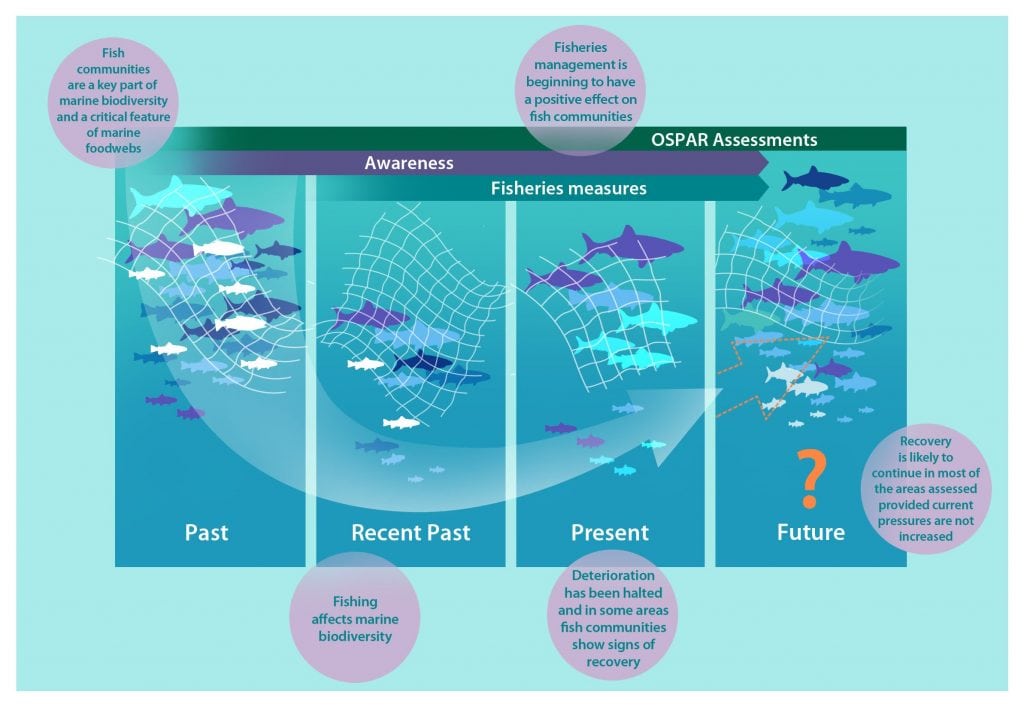 The last OSPAR Quality Status Report (QSR 2010) highlighted, among other issues, that depletion of key predator and prey species and disruption of the marine foodweb were worrying ecosystem effects of fishing. The current indicators look at changes in population abundance of sensitive species, size composition, species composition, and the average trophic level of predators.

Trends in the proportion of large fish in the demersal fish community suggest recovery may continue in most of the areas assessed as long as current pressures do not increase.

Prev Keeping track at Armadale: Update one from the tracking project
Next The Lives and Afterlives of Plastic: A nearly Carbon-Neutral Conference