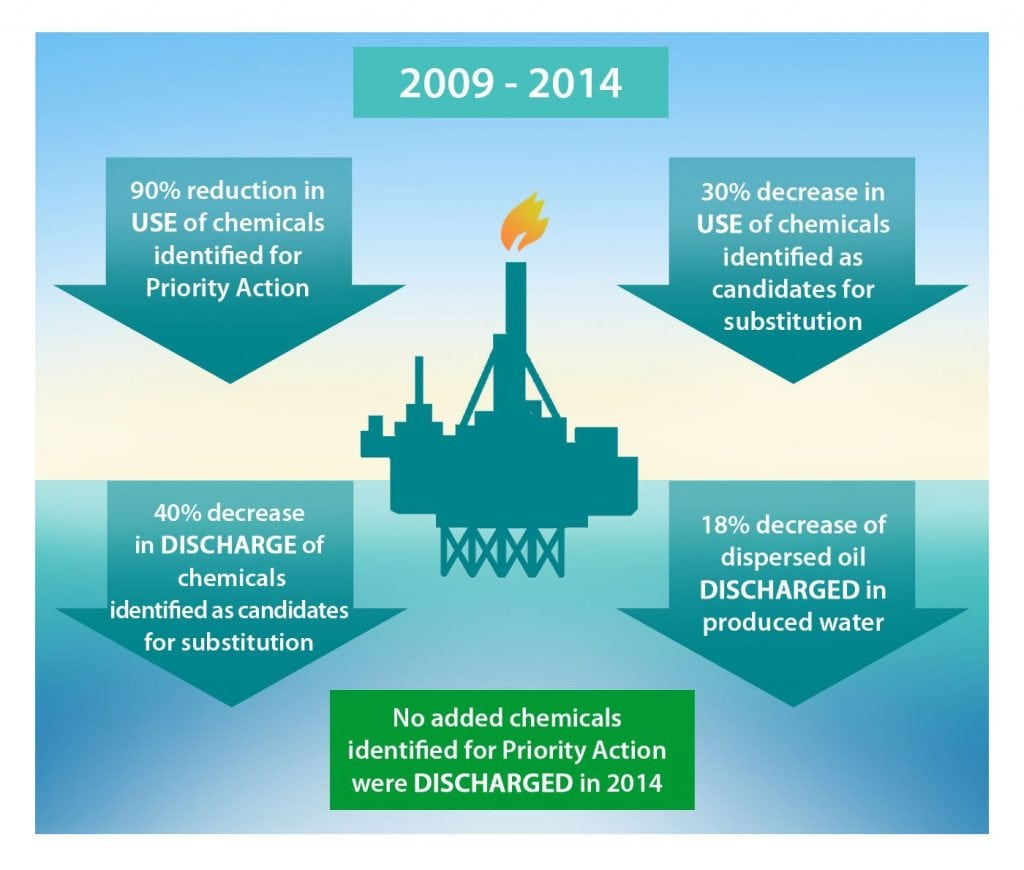 Hydrocarbons and ‘chemicals’ are routinely discharged to the marine environment during offshore oil and gas operations. Assessment of the data for the period 2009–2014 shows a decrease in the discharge of both hydrocarbons and the most hazardous offshore chemicals. This is a continuation of the trend reported in the last OSPAR Quality Status Report (QSR 2010).

Many of the downward trends observed can be directly attributed to measures adopted by OSPAR and their subsequent implementation by the offshore oil and gas industry.

Prev Taking the temperature with the MRV Scotia
Next Keeping track at Armadale: Update three from the tracking project