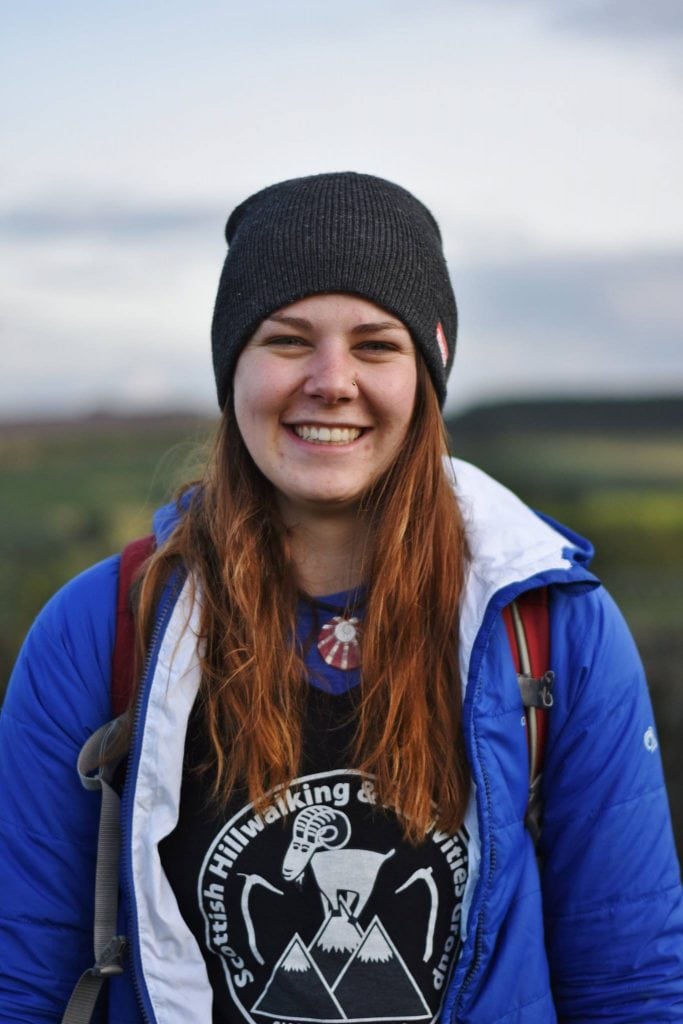 I’m Helen Downie, a fisheries biologist in the Salmon Assessment Group, based at the freshwater field laboratory in Montrose. I’m also involved with the Women and Equalities Network, which is looking to address gender balance in Marine Scotland.

Lastly, I also act as the local admin cover here in Montrose, so if you call our office then you’ll likely find yourself speaking to me.

The Salmon Assessment Group collects, collates and securely stores data on salmon and sea trout stocks which is used to support the development of policy on the management of these species. This data feeds into the conservation status assessment for rivers across Scotland which, under the Conservation Regulations, is used to determine whether salmon fisheries may retain fish in given areas. These data also contribute to the catch advice for fisheries, such as those in West Greenland, which exploit salmon stocks from a range of countries bordering the North Atlantic.

My work chairing the Career Progression Focus Group contributed to the creation of the Women and Equalities Network that I mentioned above. This was formed as a tool to understand and address the factors causing a disparity in gender diversity with regards to staff grades. This work is important as creating a fairer workplace will benefit all staff and ensure we make the most of our talent.

I became interested in native species conservation and mammal reintroduction through the course of my degree in Animal Behaviour and Welfare. Towards the end of my degree I heard that a charity local to home, Ayrshire Rivers Trust, was conducting water vole reintroductions. I contacted them to see if I could volunteer during my Easter holiday, and from there got a job as a summer assistant and later assistant biologist.

Inevitably my focus moved from mammals to freshwater fish – wild Atlantic salmon in particular. Unfortunately working for a charity amidst a recession meant that I had no job security, so I soon looked further afield and ended up here in Montrose.

Tough question. I like to think I could be tracking lynx in Norway, but realistically that would probably be too cold for me. I’m sure wildlife conservation would be my main focus, but who knows, perhaps I’d be a potter instead.

I can’t say I have one specifically, but I particularly like the symbiotic relationship between the goby and the pistol shrimp. In return for the goby acting as a “guide fish” to the blind shrimp, alerting it to predators and generally keeping nearby whilst the shrimp feels around for its dinner, the goby gets to live in the shrimp’s burrow and shelter from predators.

And what about one fun fact about you?

Those that know me know that I’m obsessed with rock climbing. I won’t be winning any medals anytime soon, but I am very proud to have climbed the Penyal d’Ifac in Spain. It wasn’t a hard climb technically, but quite difficult mentally thanks to my fear of heights!