Having eel-y good fun on the Alba na mara

Two regions of historical importance for sandeel fishing will be surveyed (see Figure 1 above). In the first half of the survey a series of eight dredge stations to the east of the Firth of Forth will be sampled following the protocol established in 1999. A modified scallop dredge will be used to catch sandeels buried in the substrate at the priority stations given in Table 1 and Figure 2 (below). Further stations in this region will be sampled if time permits. In the second half of the survey, the dredge will be deployed at stations 20-36 in the Turbot bank region. Ideally five repeat tows will be conducted at each station although this may be reduced to a minimum of two if catch quantities are low or available time is limited. Dredge duration will be approximately ten minutes at a towing speed between two and three (ideally 2.5) knots.

At each dredge station, all sandeels will be identified to species level, measured, and otoliths (five, eight or ten depending on length strata, per half centimetre) will be taken for age determination (Objective 1).

All 0-group sandeels will be retained and frozen individually for later analysis. Sub-samples of 100 age-1 (size to be determined from age-length keys of sampled catches) A. marinus will be taken from the northerly (latitude > 57°N) and southerly (latitude < 57°N) sub-regions (objective 2).

Sandeels selected for ageing will be hand stripped and assigned a maturity stage based on a simple three-point scale (I = immature/indeterminate sex; MM= mature male; MF = mature female). Immature individuals will be individually frozen for further dissection and assigned to one of two stages (IM =Immature male or IF= Immature Female) (objective 3). 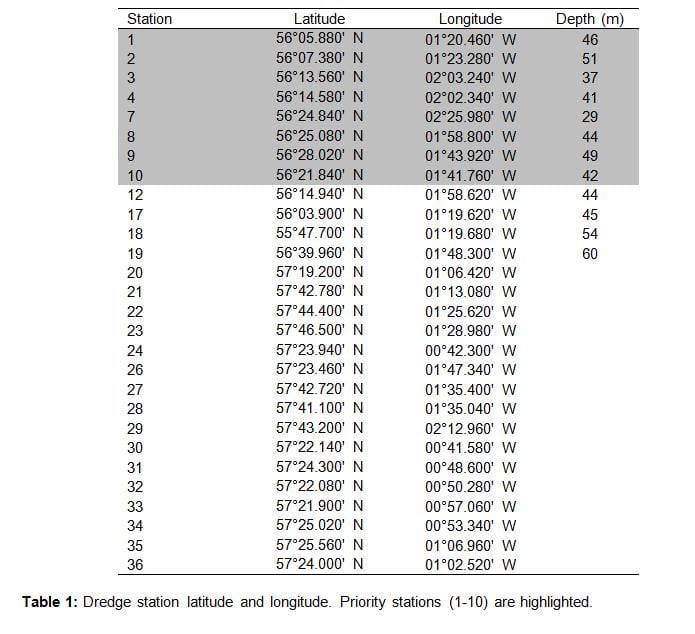 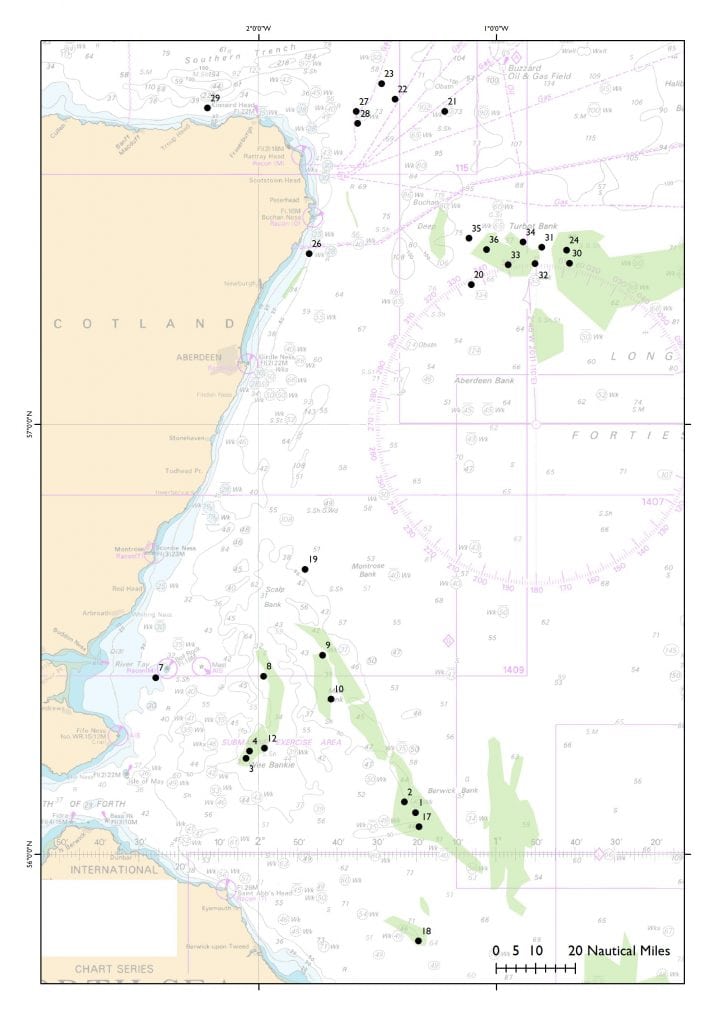 Fig 2 Chart of dredge stations to be sampled in 2217A. Areas historically fished for sandeel are shown in green.