The 1019S Scotia cruise (21–31 July) was a 10 day long oceanographic research cruise focusing on the role of carbon within the marine environment, primarily within the water column and marine sediments. I took part in this cruise in order to gather samples for use in my PhD research project from hot spot fishing grounds around Scotland. 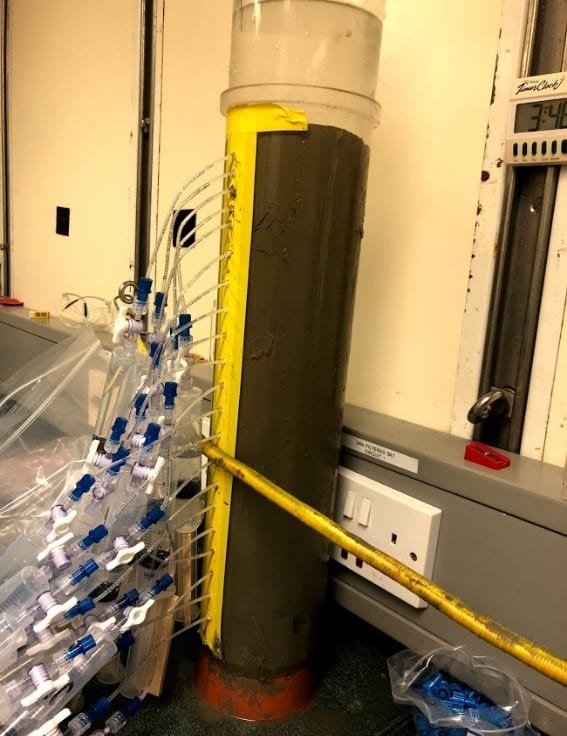 Removing pore water from a core

There has long been research focusing on the influences of bottom trawlers on the biodiversity of seabed communities (e.g. how does trawling change what kind of marine species we can expect to find in an area); however a research gap remains in terms of understanding how long term carbon stores might be influenced. For my PhD research project, I am focusing on how bottom trawling and seabed disturbance might influence the amount of carbon that is stored within marine sediments.

Due to my research interests, I wanted to collect samples from areas which we know are active fishing grounds. The first stop on our cruise for my research was in the North Minch which is an active Nephrops fishing ground. I collected samples from two sites in this area. We deployed a CTD (conductivity, temperature, and depth) profiler, collected a grab sample, and deployed the multicorer. The multicorer was set up to allow for 4 short cores to be collected at a time. Of the multicores collected in the Minch at my sites, one core was sliced up and frozen for analysis back in the lab, while the other was taken into the ship lab where I could then remove the pore water (the water that makes the mud wet) for future analysis. 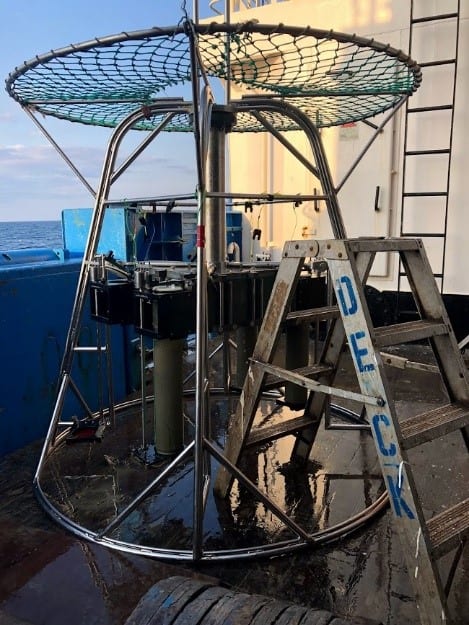 Multicorer out at the Fladen grounds

The other main area for my research was the Central Fladen fishing grounds out in the middle of the North Sea. Here, I had 4 main research sites – two in the north of the Fladen grounds and two in the south of the grounds. The sample sampling routine was done at these sites as was done in the Minch, with the exception of an extra core for pore water removal at each site.

Now that we are back on dry land, the real work begins! Over the next few months a lot of time will be spent in the labs processing and analysing my samples for my thesis.