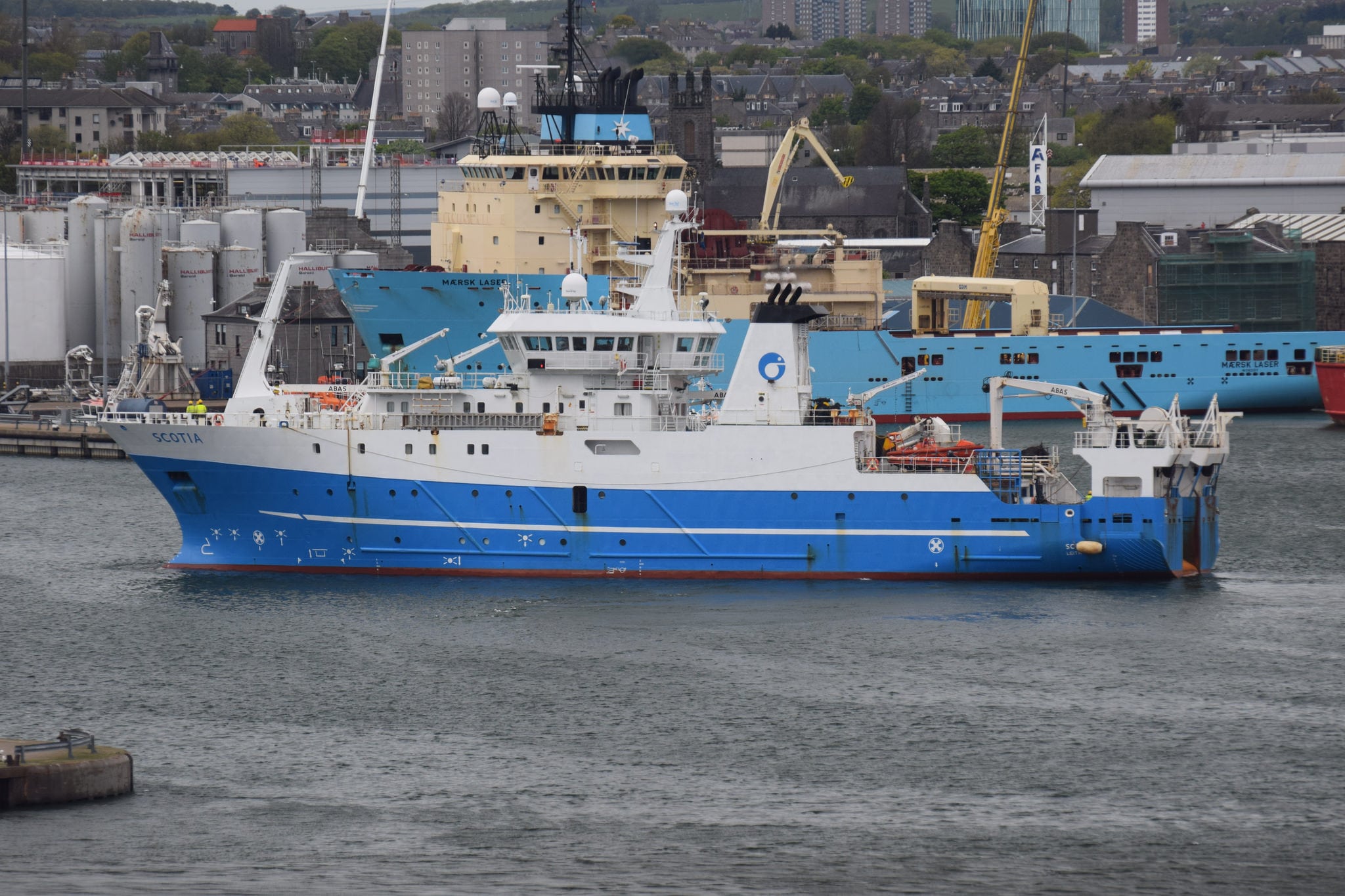 On sailing from Aberdeen MRV Scotia will make passage to the Buchan Deep to test the CTD and carousel water sampler on the main CTD crane and the SBE25+Aquatracker CTD using the plankton crane.  On completion of these tests, Scotia will head to the JONSIS section to carry out sampling with the CTD and carousel water sampler. Following completion of the JONSIS section Scotia will then make way to the Fair Isle Gap to deploy two ADCPs in trawl-resistant bed frames (during daylight hours).

Passage will then be made towards the NWSE mooring location near the Foinaven Development Area. The mooring will be recovered, serviced and re-deployed (depending on timing and weather conditions, this may be undertaken later in the survey).  Scotia will then progress towards the NWER mooring location on the NOL section where the ADCP mooring will be deployed. The three existing moorings on the NOL section will then be recovered and the NWEZ will be re-deployed. For the PIES mooring, communication will be established prior to recovery enabling and data will be downloaded. Depending on conditions and timing, the order of these mooring activities may change.

Scotia will then make her way to the eastern end of the NOL section and start collecting long term monitoring samples and taking CTD profiles from the start of the section. On 1618S a mooring in an AL500 frame failed to surface. Communication with this lost mooring may be attempted (depending on condition/timing), but it is unlikely any communications will be established.

After the NOL section, Scotia will head to the western (Faroe) side of the FIM section to carry out standard CTD and water sampling along that line. (If the NWSE mooring was not recovered earlier in the survey, we will break the line to turn this mooring around).

Once that work is completed and if time allows, Scotia will carry out additional work (listed among the survey objectives) along the JONSIS line, in the Moray Firth and North Sea prior to her return to Aberdeen.

It is expected that deployments of hydrographic equipment will be carried out with the CTD crane whilst the vessel is on station. The plankton crane will be used for the deployment of ADCP moorings in trawl-resistant frames (AL-200 and AL-500) and short single-string moorings. Longer single-string ADCP mooring deployments will be done from the trawl deck. 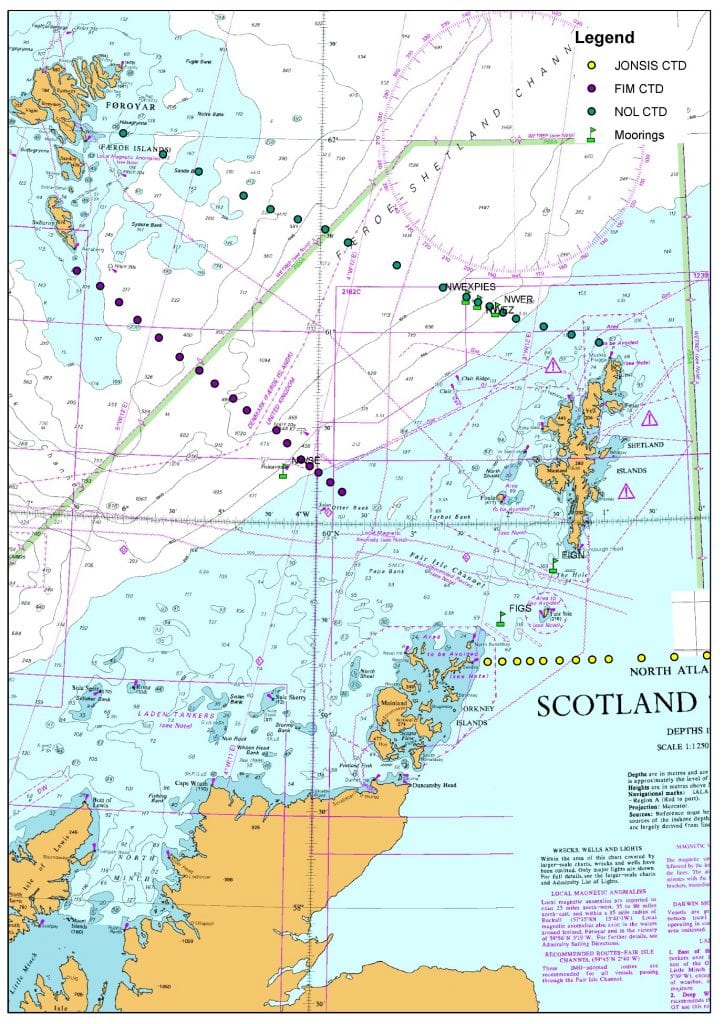 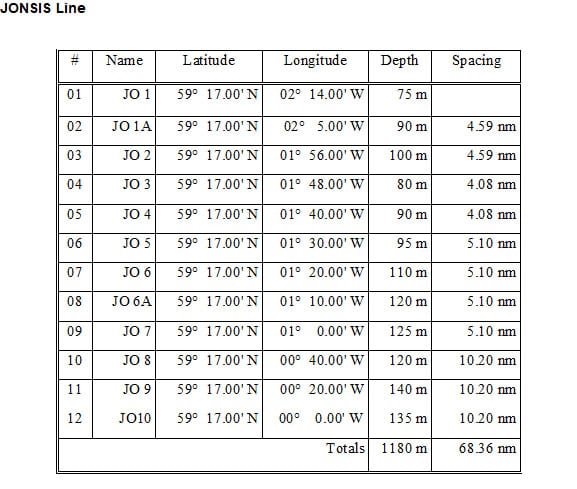 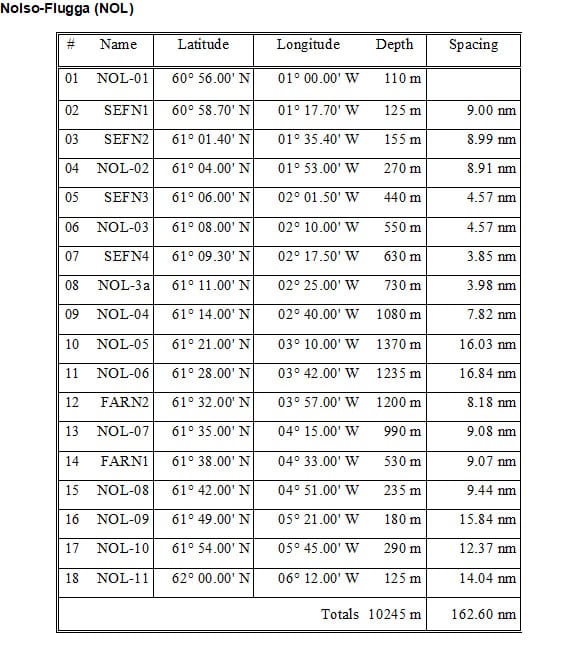 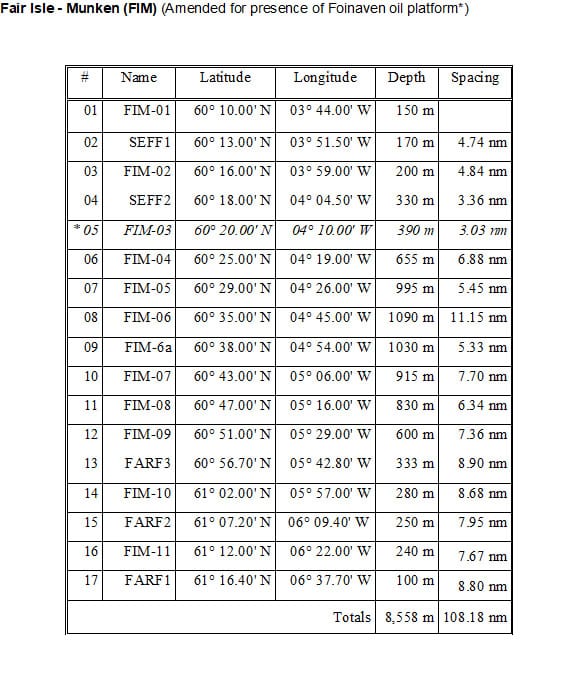