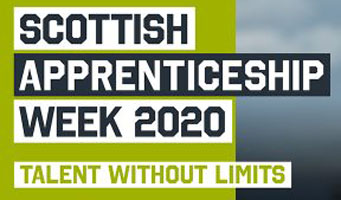 Scottish Apprenticeship Week is underway and this year’s theme is ‘talent without limits’. We hear from Mark Rennie, Marine Scotland Science, who successfully completed the Modern Apprenticeship programme and has who has been nominated for Engineering Apprentice of the Year. 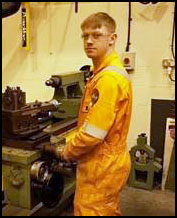 “I applied for a mechanical engineering apprenticeship with the Scottish Government after being made redundant. When I joined Marine Scotland my role was split between manufacturing components within the mechanical workshop, which were deployed on our research vessels, and working in the oceanographic section. I maintained equipment and went on to deploy moorings and carry out ocean monitoring sampling.

“On completion of my apprenticeship I was nominated for ‘Engineering Apprentice of the Year’ by NESCol and subsequently moved into a permanent post as an Acoustic Engineer. My new role consists of maintaining the research vessels acoustic systems, fishing net monitoring system and various electronic equipment. I also go out on vessels to carry out acoustic surveys, assist with fish stock monitoring and surveys.

We wish him all the best of luck for the ceremony being held at NESCol on Thursday.