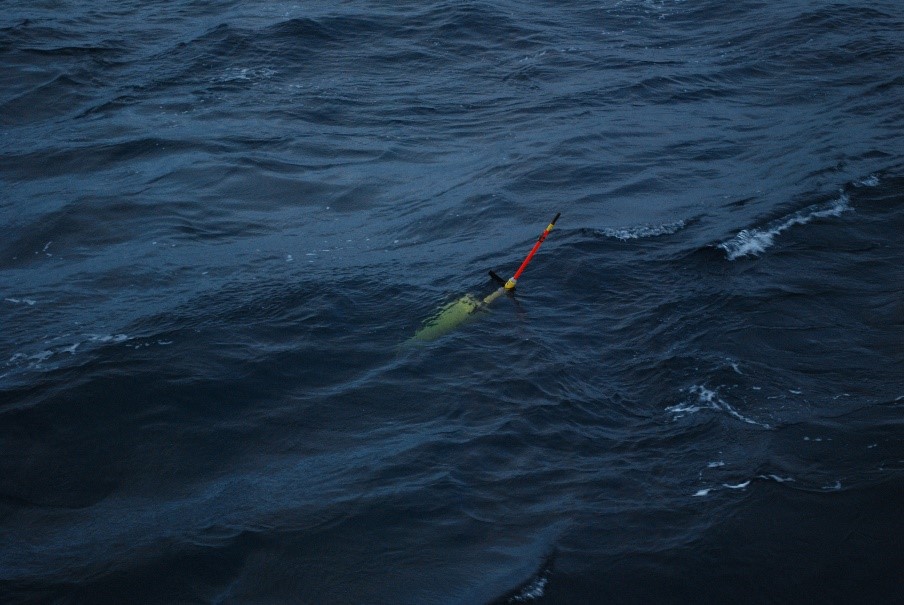 Marine Scotland Scientists have been involved in a series of three ocean glider data set peer-reviewed articles. The latest, titled ‘Weekly variability of hydrography and transport of northwestern inflows into the northern North Sea’ has recently been published in the Journal of Marine Science.

Collaborating with researchers from the University of East Anglia, colleagues from our Oceanography group used our marine research vessel MRV Scotia to deploy an underwater autonomous glider, called a Seaglider, to collect underwater observations in the northern North Sea. 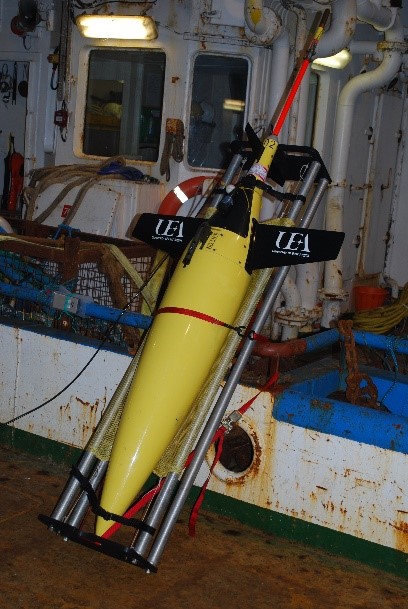 This region is of great interest as coastal waters that flow clockwise around the Scottish coast and waters from the Atlantic Ocean enter the North Sea here. During summer time, parts of the northern North Sea also stratify when heat input from the sun is not fully mixed throughout the water column, and instead creates a layer of warmer water, near the sea surface. A thermal mixing front occurs where there is a transition from the stratified waters to those where the sun’s heat input is mixed throughout the water column all year round.

The deployment was part of the Brahan Project; an initiative led by Marine Scotland Science (MSS) to measure the speed and direction of ocean surface currents on an hourly basis and provide information about wave parameters as well.

In addition to the Seaglider observations previous measurements collected by MSS were also used by collaborator and lead author Peter Sheehan.

During this work, Peter collected observations across an area of the northern North Sea and the analysis showed that salinity and water mass distribution are important controls on the location of the front, as well as surface heat input and mixing by tidal currents.

The Seaglider is capable of collecting observations at a much finer scale than ship-based surveys and has highlighted the occurrence of several, strong narrow currents. These finer-scale patterns are important to understand the transport of water, and all of its contents (such as heat, salt and microscopic organisms), into the northern North Sea. Which can, in turn, provide additional context to the long-term monitoring that characterises the prevailing physical conditions in the area and how they change as a result of natural processes and a changing climate. 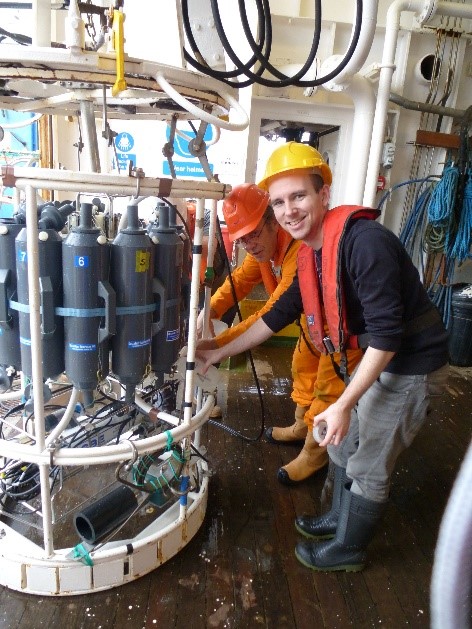 Peter (shown right) is continuing his work with ocean gliders at the University of East Anglia, but is now using glider data to investigate water mass composition and air-sea interactions in the warmer waters of the Bay of Bengal. 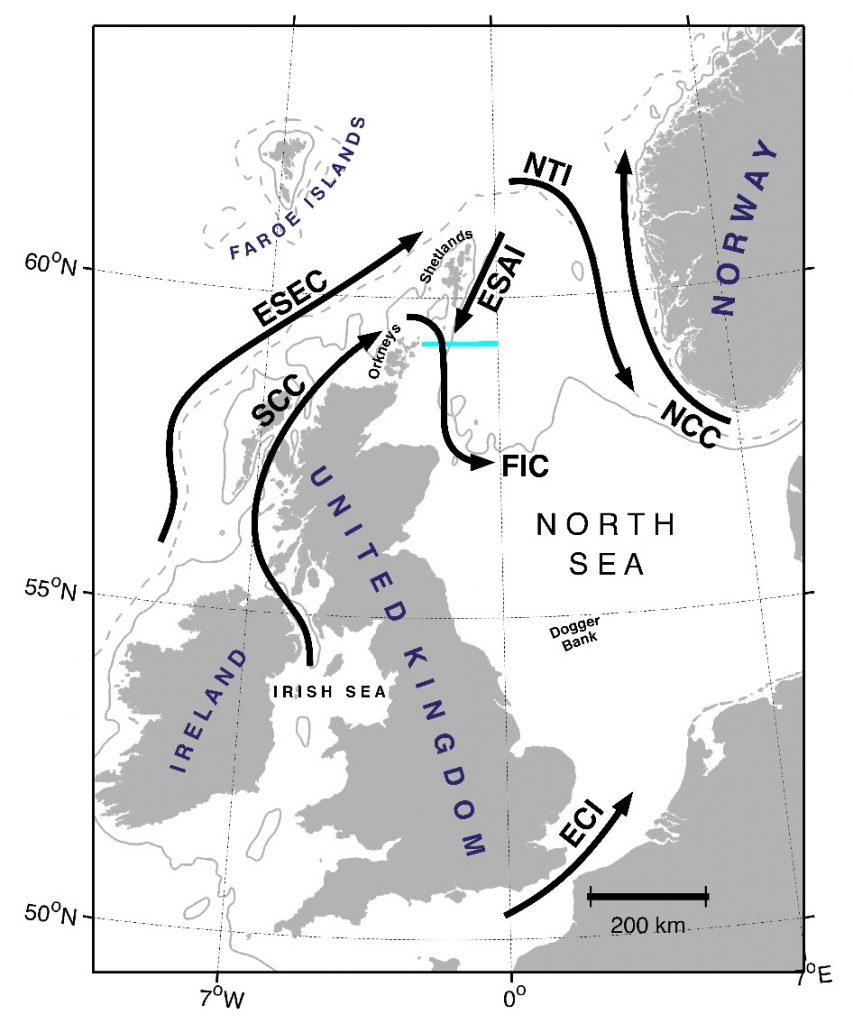