Scotia to the rescue 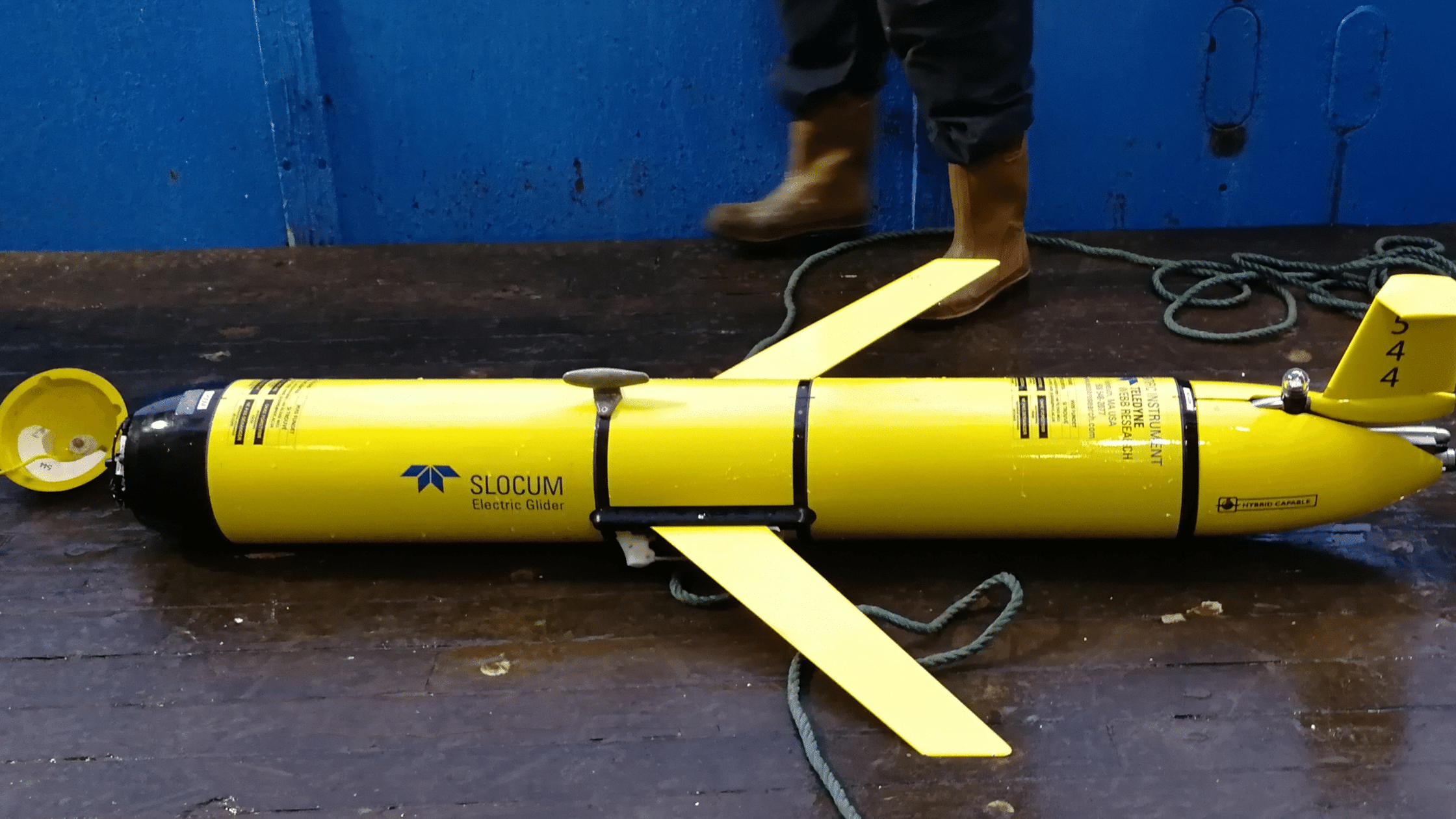 Colleagues on our marine research vessel (MRV) Scotia recently came to the assistance of the National Oceanography Centre (NOC) while they were out conducting sampling work in the Faroe-Shetland Channel. 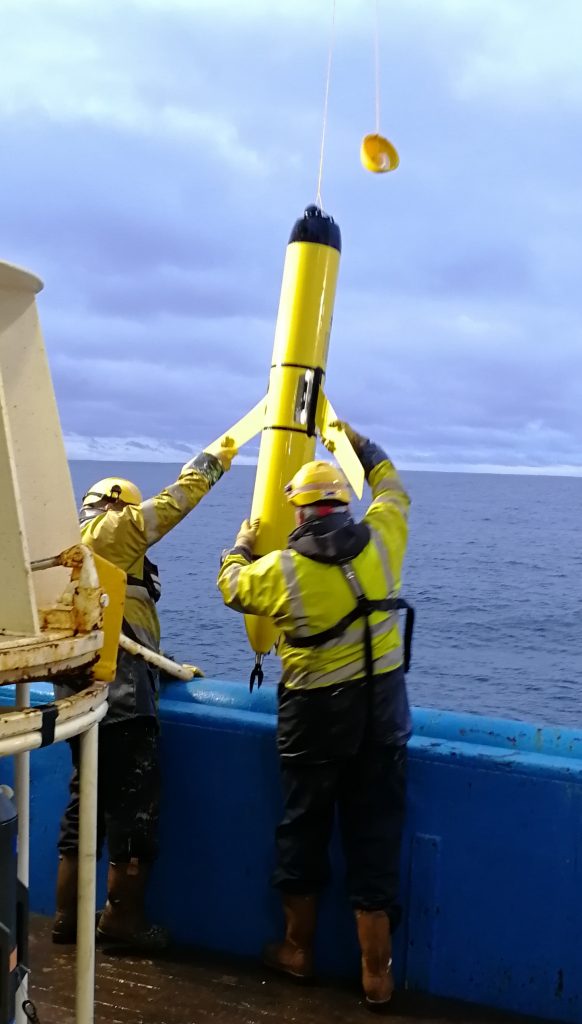 The scientists onboard Scotia received notification from the Marine Autonomous Robotic Systems (MARS) facility, within NOC, that the autonomous underwater vehicle (AUV) they were piloting, remotely, was in trouble.

The AUV had sprung a leak as it crossed the 200 m depth contour west of Lewis, on its way to Rosemary Bank, as part of collaborative work between NOC and the Defence Science and Technology Laboratory (DSTL) and was in need of emergency recovery.

At the time Scotia was quite far away, some 180 nautical miles, doing hydrographic sampling along the Fair Isle-Munken (FIM) line between Shetland and Faroes, which is regularly occupied by our oceanographers to monitor ocean circulation. However, the vessel was going in the right direction. So, in the following days, after completing FIM and doing some other work, they were just five hours away from the drifting AUV, or glider as they’re also commonly known, which had been sending regular messages to update on its current location.

As the Scotia approached in the dark, the remote pilot activated a strobe to assist with the recovery. As it got lighter, the pilot activated the release of a recovery line from the glider which the Scotia crew used to “fish it“ and land it safely onboard. With only some damage to one of the glider’s propeller blades the crew removed the wings to avoid further damage, and began their journey back to Aberdeen.

Our counterparts in NOC were very grateful for the efforts in the retrieval of the AUV which collects hydrographic data such as temperature, salinity and currents, and is used for studies of ocean circulation, including validating numerical models.

And tempting as it is to keep it, the oceanographers have agreed to give it back!