A group of volunteers from across the Scottish Government’s Digital Directorate have been considering how to increase diversity in the digital sector in Scotland.

We’ve come up with a plan to get a group of digital professionals together to discuss what’s stopping the sector reaching its potential when it comes to diversity. We’re starting with the Diversity in Scotland’s Digital Sector unconference on March 22nd.

But, before we tell you more about the event, it’s worth taking some time to think about what diversity really means.

Although the concept’s been with us for a while, and there’s a wealth of activity focused on promoting and improving diversity, there are still a lot of assumptions made about what it actually is.

So here are a few of the common myths about diversity and responses to them.

Diversity (and ‘political correctness’) aren’t about:

Their focus is courtesy, dignity, empathy and respecting difference.

They’re also about taking time to think how what we do, what we say, and how we choose to say it, can have an impact on other people (and, ultimately, on our organisations as a whole).

2.‘…only about race and gender’

Diversity’s not just about race, gender or any of the other protected characteristics listed in the Equality Act 2010.

The Equality and Human Rights Commission defines Equality as:

…ensuring that every individual has an equal opportunity to

make the most of their lives and talents, and believing that no

one should have poorer life chances because of where, what

or whom they were born, what they believe, or whether they

have a disability. Equality recognises that historically, certain

sex and sexuality, have experienced discrimination.

But diversity’s much broader than just differences between groups. It’s about recognising all our individual, as well as group, differences.

It’s everything from the times of day that we work best, to the way that we like to receive feedback. 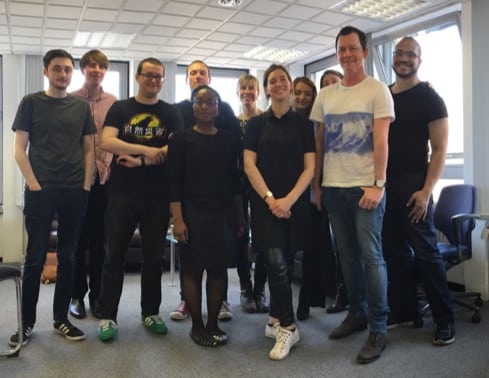 This comment’s sometimes made in relation to recruitment. But diversity’s not about lowering standards. Not hiring the best person for the job doesn’t do anyone any favours.

It’s about looking at how we define ‘best’ and being open and transparent about it.

And making sure that that this definition doesn’t unintentionally exclude, or create barriers for, people who could make positive contributions to what we’re doing.

It’s also about remembering that ‘best’ shouldn’t necessarily mean someone who looks, sounds and thinks exactly like us.

Focusing on similarities, and staying stuck in our comfort zones, means we’re potentially missing out on valuable skills, knowledge and experience.

Diversity’s not about favouritism, or prioritising one person’s needs over another’s.

Rather than see diversity as a problem, it’s more beneficial for us to view it as an opportunity.

It gives organisations the opportunity to draw on different viewpoints and backgrounds.

By recruiting from a bigger pool of talent, organisations are allowing people with a range of experiences to try to help them solve the ever increasing range of complex challenges they face.

When diversity’s part of a business strategy, instead of being tacked on as an afterthought, it adds value.

It can help make our organisations more productive, effective and welcoming places, where people feel comfortable being themselves.