What is an unconference? 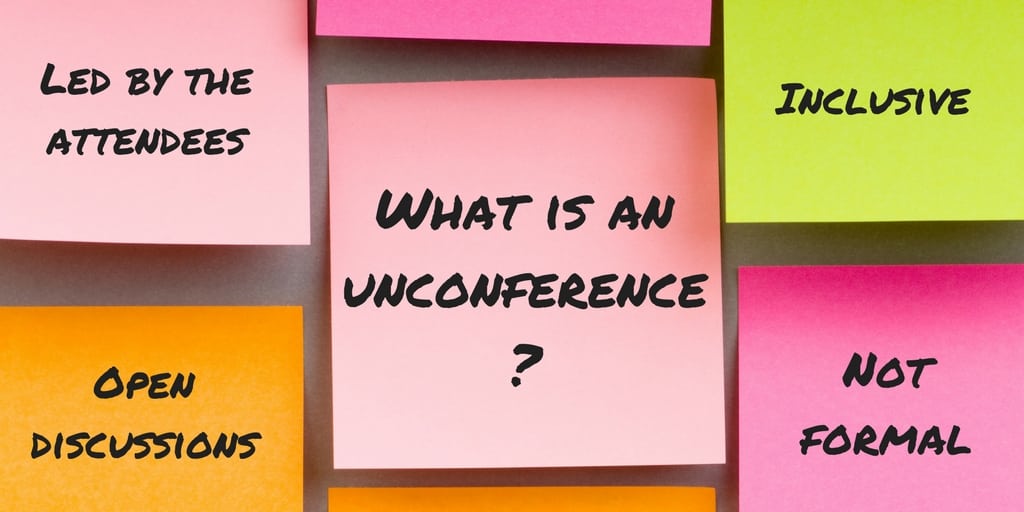 This is a post by Laurna Robertson, one of our content designers. As Sarah Davidson explained in her blog last week – there is a diversity problem in Scotland’s digital sector. Rather than moaning about this, we’re organising an unconference in March. This will give public, private and third sector digital professionals a chance to share experiences, insights and suggestions for how we can collectively improve things.

When we’ve spoken about the event with attendees or potential attendees, many have asked the same question: what exactly is an unconference?

What is an unconference?

An unconference, also called an Open Space conference, is a meeting where the attendees suggest and vote on the agenda at the beginning of the event. The only framework we are putting around this is an opening and closing speech and that suggested topics must be about diversity.

Anyone who wants to suggest or lead a discussion topic can and then the group will vote on the ones they most want to hear. We’ll select the six- nine most popular topics and set times for these discussions in the three spaces we have. Attendees can wander freely between the discussions.

Our unconference sessions will be open discussions rather than having a single speaker at the front of the room giving a talk. This way everyone gets an equal opportunity to contribute. More on this shortly.

What is the difference between an unconference and a conference?

In an unconference the event organisers provide the framework and logistics. This includes the venue, equipment, technology and tea and coffee. However, the content is decided on the day by the attendees.

So an unconference is less formal, but requires a level of preparation from attendees.

What do you need to know if you are attending an unconference?

The agenda is created by the attendees at the beginning of the event. However, we will allow attendees to pitch ideas before the event in case they feel uncomfortable doing it at the event.

It’s a good idea to have a think before attending about topics related to the following:

Attendees will have a choice about whether they want to host the session they’ve suggested or whether they’d rather someone else hosted it. There will also be the opportunity to lead topics suggested by others, if you’re passionate about it and the person who suggested it doesn’t want to. There will be facilitators in each room to help the discussions flow and talking sticks to ensure people get an opportunity to say what they want without being interrupted.

We’re also be looking at ways for attendees to contribute digitally if they don’t feel comfortable speaking out.

We’ll publish another blog closer to the event with further information about preparing for the event, what will happen on the day and how we’re making it inclusive.

The event is currently invite only due to limited spaces. For further information about the event or to request an invite email me on laurna.robertson@gov.scot.