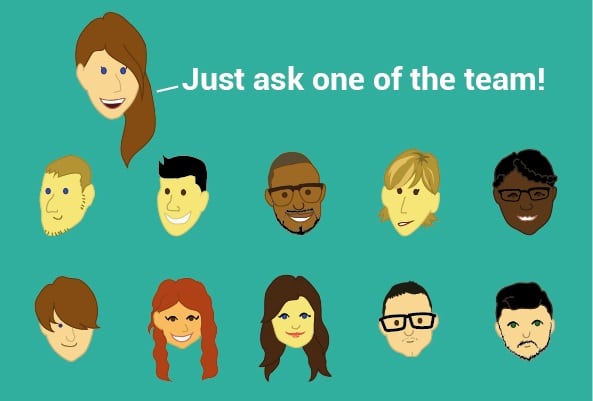 This is a blog post by Sarah Davidson, Director General for Communities

Since I became the Scottish Government’s Diversity Champion, I’ve become more acutely aware of the places where you see and hear diverse teams and contributions, (and the converse, of course). Our Digital Directorate is one of the more diverse parts of the organisation, where I see the cultural, operational and policy agendas being shaped on a daily basis by a pretty varied group of people, both in terms of their personal identity and their life and work experience.

That’s quite interesting in itself, given that we know we have a real challenge to secure diversity in the digital technology industry in Scotland. This is partly an issue about where people work, (we’d love to see as many people looking to spend part of their career in the public as well as in the private sector), but it’s also about who these people are.

Sadly, you just need to look at the 50 people from Scotland’s digital technologies industry changing the world published earlier this year, (where our Director of Digital Colin Cook and our former head of product Kate Ho feature), to see that Scotland’s digital sector has a gender problem. Of the 50 ‘leaders’, only 8 are women.

It goes beyond the ‘leaders’: altogether, there are far too few women working in digital technology roles in Scotland. The proportion of women in relevant roles is around 18%, according to work carried out for us by Napier University, which compares poorly to 39% working in other skilled occupations, and 48% for the workforce as a whole.

And of course, this is not just a gender-diverse issue. It has proven quite difficult to obtain a breakdown across sectors of people’s ethnic background, sexuality and whether or not they have a disability. However, given the challenges facing women in the technology sector, it would not be surprising if representation of ethnic minority and disabled employees also fell well below their 4% and 20% respective representations within the Scottish population at large.

We know that none of these challenges is unique to Scotland and many tech companies across the wider UK have problems when it comes to diversity in the workforce. Earlier this year, Tech London Advocates research showed that nearly half (46%) of London’s technology companies do not believe that a diverse workforce improves a company’s growth, despite evidence to the contrary. Across the Atlantic, the challenge is similar; this chart by Information is Beautiful, based on the 22 largest American tech companies, showed there’s a disproportionate split for:

Our Labour Market strategy says we want to enable equal access to an increased range of opportunities while challenging bias and systemic institutional barriers for:

As Dawn Kofie’s recent blog set out, there are many good reasons why we should all want to be part of a diverse workforce. As the use of digital technologies and the reliance on skills to use them continues to grow, the Scottish Government wants to encourage as many people as possible to consider a career in digital. New public sector opportunities will be emerging as public services evolve in a digital world. Shouldn’t we grasp this opportunity to try and ensure that the new workforce is significantly more diverse than it is at present?

We’ve already been doing some things as part of the Government’s digital skills policy agenda. Through the Digital Skills Investment Plan, we’ve been working with public sector partners and industry to deliver a range of initiatives to address both the digital skills shortage and diversity challenge within digital roles across the economy.

As well as the Digital World marketing campaign which highlights the benefits of a career in IT to young people and women, the partnership has also established a Gender Action Plan based on the Napier Research. This plan will deliver actions designed to attract young women in education into a digital career as well as support those already in, or looking to return to the labour market

Staff within the SG Digital Directorate felt strongly enough that this mattered to them to get together and explore other ways in which as an organisation, we can set an example in creating a more diverse digitally skilled workforce.

They’ve come up with some great ideas, which I’m really happy to support:

An unconference is where attendees put forward suggestions for discussion topics and then everyone votes on which discussion topics they are most interested in. They’re becoming increasingly popular because they are democratic by nature, and for ours we’ll be inviting people from across the public, private and the third sector along.

The hope is that we will find out what people working in digital think about the state of diversity in Scotland, and how we promote and create a more diverse digital sector in Scotland.

Find out more information about how unconferences work.

2. Explore whether we set up a cross private public, and third sector network on diversity in the Scottish digital sector

If the group decide that this should happen, we will be recruiting members at the unconference and will be working to take forward actions on the ideas raised for creating a more diverse sector.

To show how committed we are to improving the diversity in the digital sector in Scotland, the Scottish Government’s digital directorate will release data on the diversity of our staff. This will create a benchmark that we will try to improve.

We’ll be encouraging other public and private sector organisations that we’re working with to do the same.

While we’ve come up with these ideas, we’d be delighted to hear any suggestions you have and are keen to get a wider group of individuals involved in the network.

If you’re interested in getting involved, join in the conversation on Twitter at #scotdigidiversity or email gary.carmichael@gov.scot to receive an invite.

Prev Pop-up Study – Taking research to where our users are
Next What is an unconference?