The East Coast Scallop Survey for 2014 is well underway, having set sail on the 6th of June.

Scallop dredge hauls will be made at sites used on previous surveys and other known commercial grounds as shown below.  Hauls will be of 30 minutes duration.  From each haul, all of the scallops will be measured to the half centimeter below and aged.  Numbers and size distribution of commercial fish and shellfish species will be recorded along with scallop shell damage and starfish numbers and species.  From selected sites, scallop ring measurements shall be taken along with scallop meat weight information.  In addition to this, tissue samples will be collected from selected sites and frozen for toxin analysis back at the laboratory. 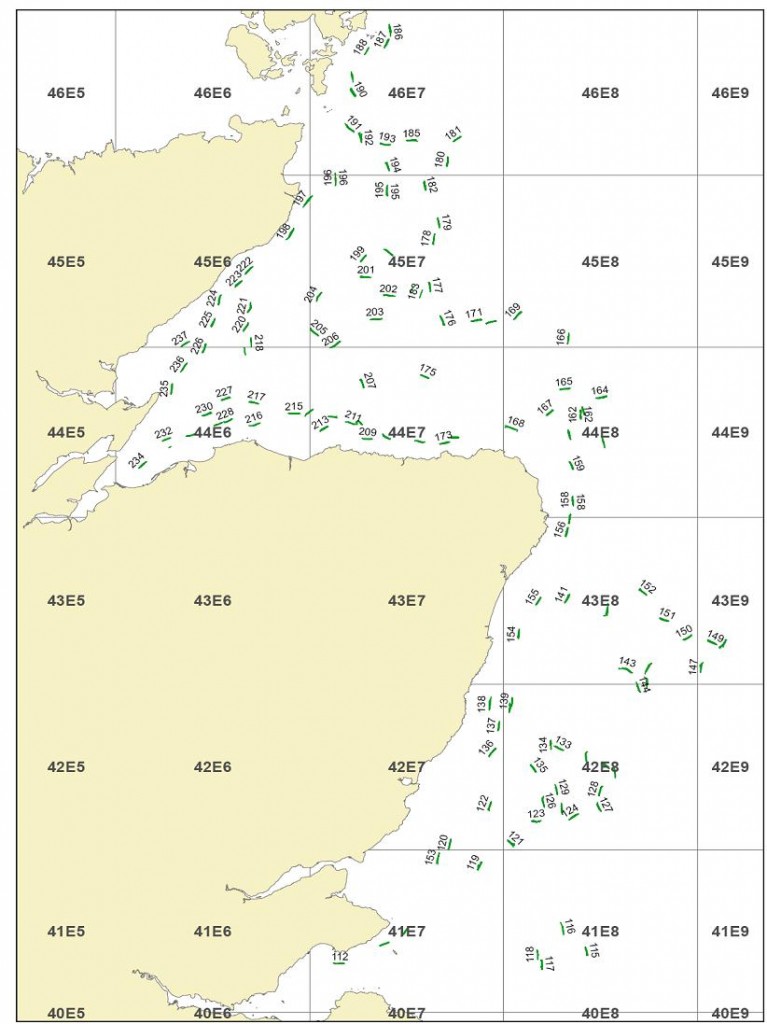