IA2017 – The network of OSPAR Marine Protected Areas is expanding 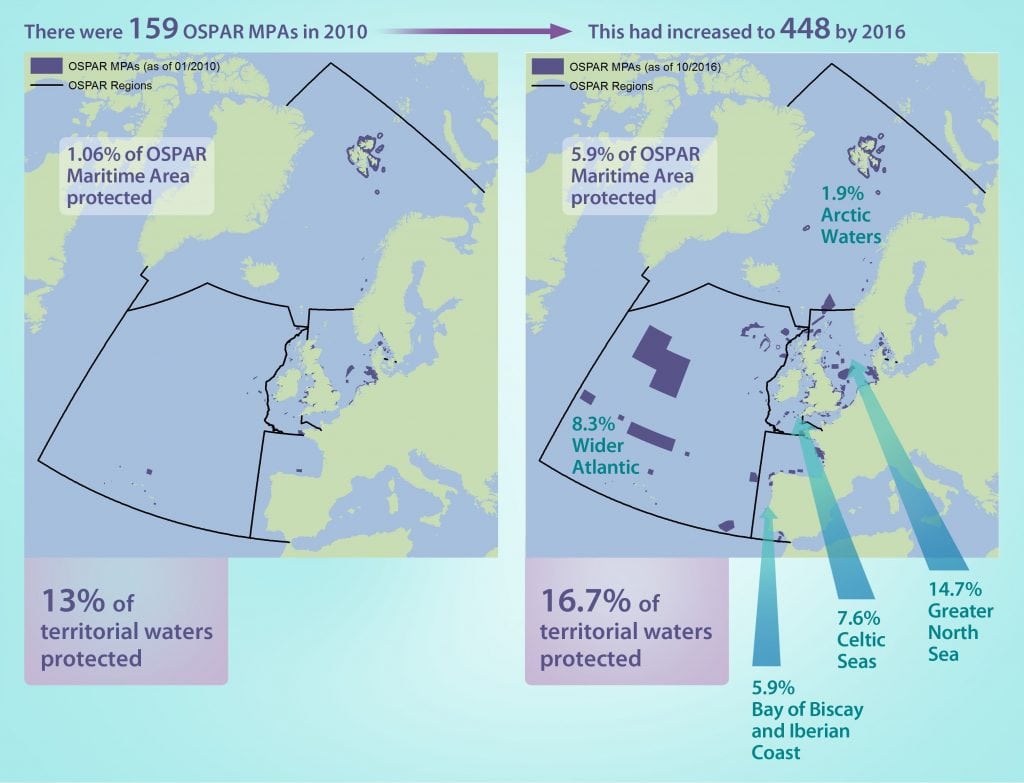 Considerable progress has been made in developing OSPAR’s Marine Protected Area (MPA) network.

Since the last OSPAR Quality Status Report (QSR 2010), a further 289 MPAs have been added to the network, bringing the total number to 448. MPAs now cover 5.9% of the OSPAR Maritime Area compared with a total coverage of only 1.1% in 2010.

OSPAR is undertaking further work to understand what constitutes an ecologically-coherent and well-managed MPA network, and additional efforts are needed to implement the management measures necessary to achieve the conservation objectives of the protected features of OSPAR MPAs.

Successful ecosystem-based management of the OSPAR MPAs in Areas Beyond National Jurisdiction (ABNJ) requires coordination between the organisations responsible for regulating human activities in these areas. As a start, OSPAR and the North East Atlantic Fisheries Commission (NEAFC) have an ongoing arrangement in place to take into account each other’s objectives and activities.