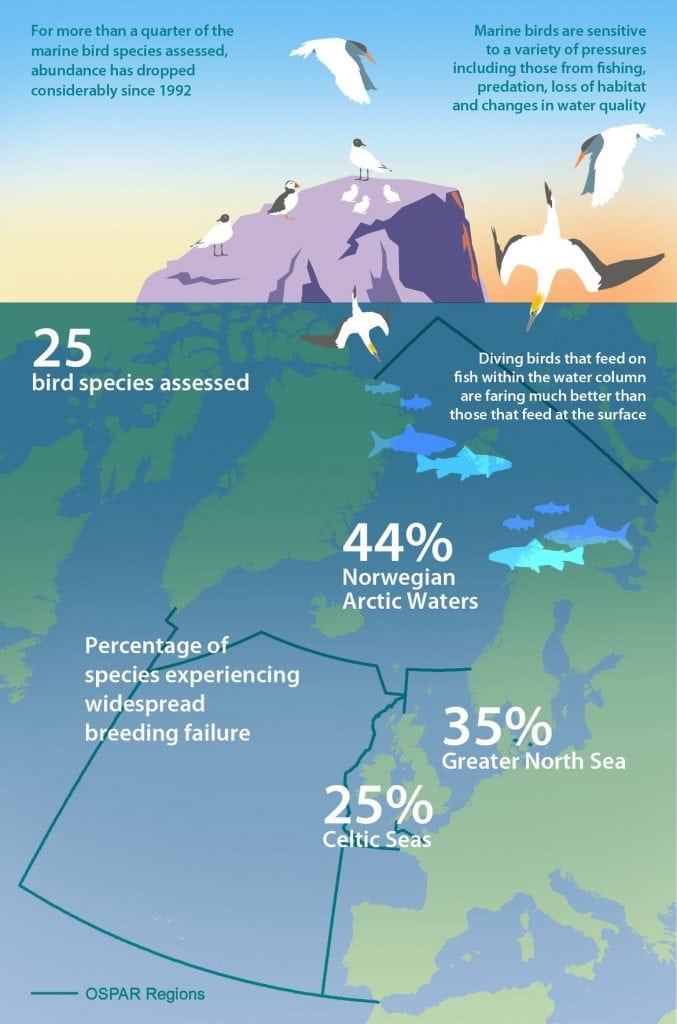 In the Norwegian Arctic, the Greater North Sea and the Celtic Seas, there has been a considerable (>20%) drop in abundance compared to the levels observed 25 years ago, for more than a quarter of the marine bird species assessed. Frequent and widespread breeding failure has been observed for many species, especially those feeding on small fish in the surface waters of the Greater North Sea and Celtic Seas. Prey availability is likely to be driven by ecosystem-specific changes, possibly impacted by commercial fisheries and climate change.

In the last OSPAR Quality Status Report (QSR 2010), OSPAR highlighted the occurrence of breeding failure in parts of the Greater North Sea and the Arctic, and stressed the need for research into links between environmental factors and the long-term health of marine bird populations.

Prev Can you help us keep track?
Next Recent updates to NMPi