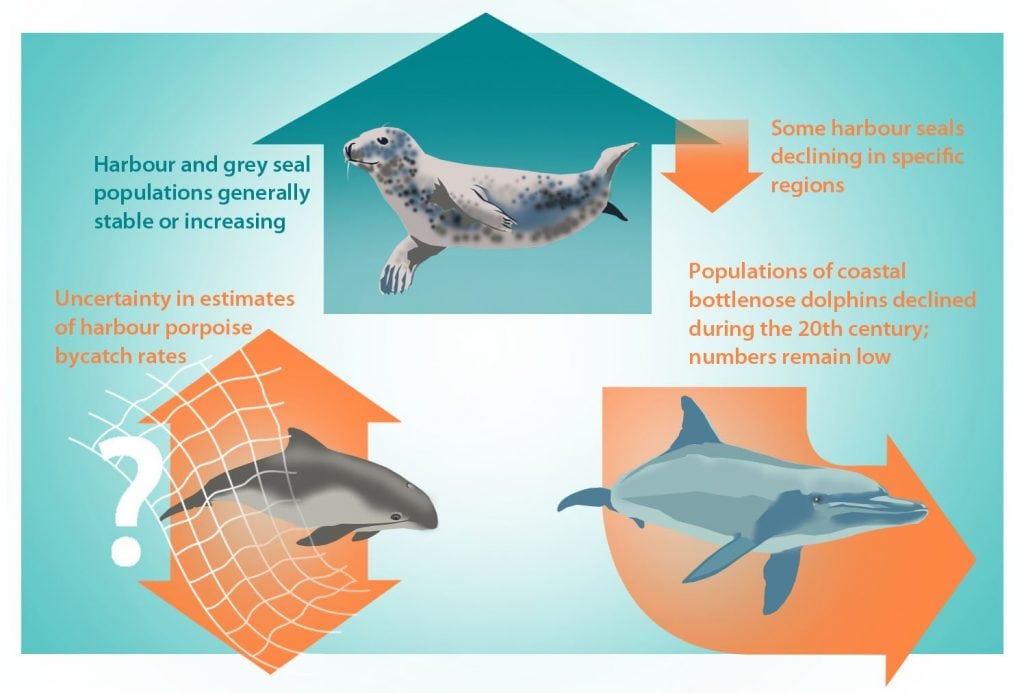 The abundance and condition of marine mammals, as top predators, can help indicate the state of the marine ecosystem.

As was also the case at the time of the last OSPAR Quality Status Report (QSR 2010), harbour seal and grey seal populations are generally stable or increasing in most assessed areas although some harbour seal populations are declining in specific regions. In contrast, populations of coastal bottlenose dolphin declined during the 19th and 20th centuries, and numbers have remained low but stable into the 21st century in some areas.

Prev When I’m calling you…
Next Keeping track at Armadale: Last update from the tracking project