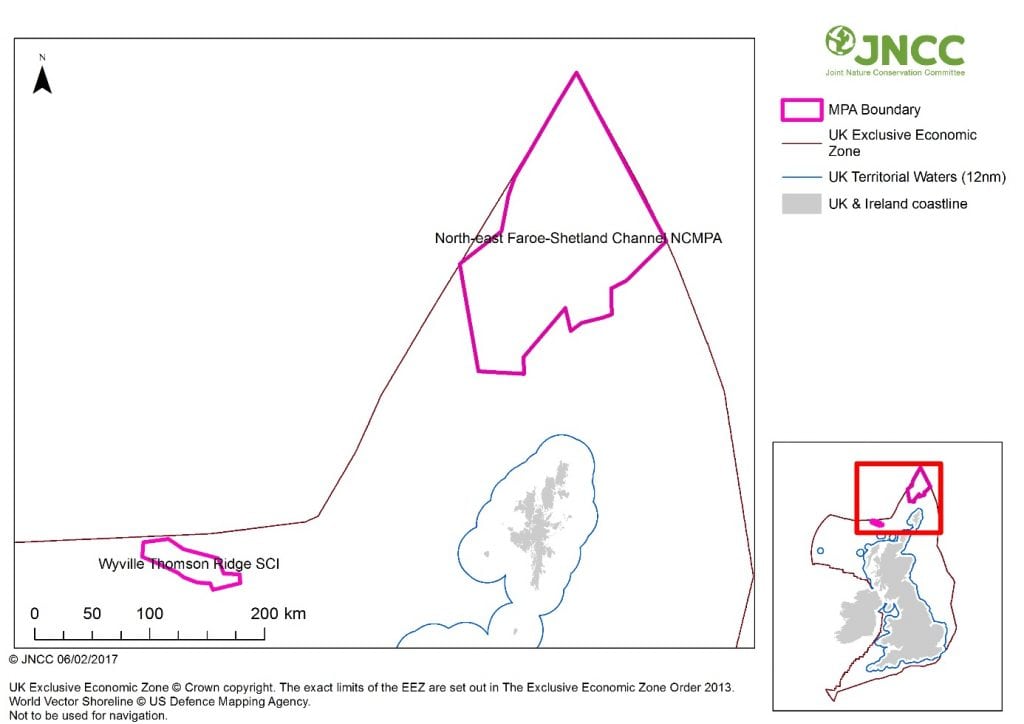 Figure 1: Location of Marine Protected Areas to be visited by 1517S survey.

Marine Scotland Science (MSS) and the Joint Nature Conservation Committee (JNCC) will undertake an offshore seabed survey in the Northeast Faroe-Shetland Channel (NEF hereafter), Scottish Nature Conservation Marine Protected Areas (NCMPA) and the Wyville Thomson Ridge (WTR) on the Marine Research Vessel (MRV) Scotia (Figure 1). Habitats within the NEF MPA vary down the slope with the descent into deeper (arctic) water. In particular the FSC survey will focus on deep-sea sponge aggregations that are expected to be found between depths of 400 and 600 m. The MPA represents the variation in sand, mud and gravel habitat types present, and the animal communities they support. 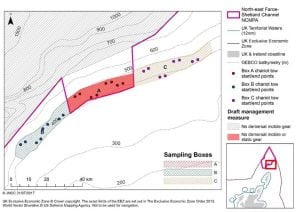 Figure 2: Sampling boxes A, B and C with chariot tow start and end points for North-east Faroe-Shetland Channel NCMPA.

After completion of safety drills and exercises, there will be shakedown deployments of the chariot, box corer and Harmon grabs. Thereafter, Scotia will proceed north towards the NEF area.

In boxes A-C four long (~3km) chariot tows (Figure 2) will be used to characterise the epifaunal communities present within the boxes and 16 short (200m) drop-frame camera transect stations (not illustrated) will facilitate collection of high definition video and still images. In box D 60 stations have been generated of which a core 30 will be prioritised for physical sampling. Initially the vessel will sample with chariot and box core/Harmon grab in alternate 12 hour shifts until all chariot runs are completed. Thereafter, sampling may concentrate on the dropframe runs until these are completed with the remainder of the time used for remaining box core/Harmon grab deployments. Where time permits sampling of suitable sponge aggregations may be undertaken in boxes B or C using box core or Harmon grab. 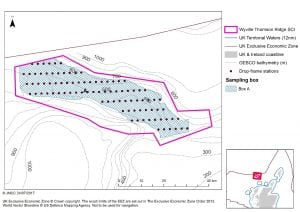 Upon completion of work at NEF the vessel will proceed to WTR and visually sample in box A using the drop frame using a systematic grid approach (Figure 4). Sampling will also focus on the area within and adjacent to a proposed static gear closure to determine the distribution and extent of Vulnerable Marine Ecosystems (VMEs), including sponges and corals (Figure 5). 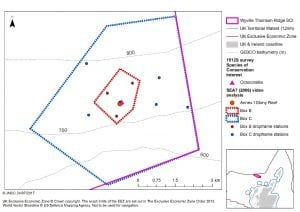 Figure 5. WTR sampling boxes B and C along with existing data and drop-frame stations.

Tables 1-3 show positional information for the visual aspects of the survey. Positions of physical sampling stations and all contingency stations will be available to MRV Scotia.

Contingency plans in NEF to undertake further physical sampling in box D where moderate conditions preclude camera work. In WTR contingency for moderate weather is sampling with Harmon grab at a predefined location to the west of the site. In both cases contingency includes transit to already identified inshore survey locations in the event of prolonged unworkable conditions.

A full and detailed survey plan and scientific rationale will be presented at the pre-brief meeting, before the beginning of the survey.

Prev Fun activities for the October holidays
Next Where do fish live?