Scotia will make her way to the eastern start of the Nolso – Flugga (NOL) section and start collecting long term monitoring samples and taking CTD profiles. On a previous trip – the 0618S survey – a mooring in an AL500 frame also failed to surface and communication with this lost mooring will be attempted.

After the NOL section, Scotia will head to the western (Faroe) side of the FIM section to carry out standard CTD and water sampling along the line. Scotia will then sail back to the JONSIS line to conduct a fine scale CTD survey around the area of the AECO mooring.

Once that work is completed and if time allows, Scotia will carry out additional work (listed in the survey objectives) along the JONSIS line, in the Moray Firth and/or Aberdeen Bay, prior to her return.

It is expected that deployments of hydrographic equipment will be carried out with the CTD crane whilst the vessel is on station. The plankton crane will be used for the deployment of ADCP moorings in trawl-resistant frames (AL200 and AL500) and short single-string moorings. Longer single-string ADCP mooring deployments will be done from the trawl deck. 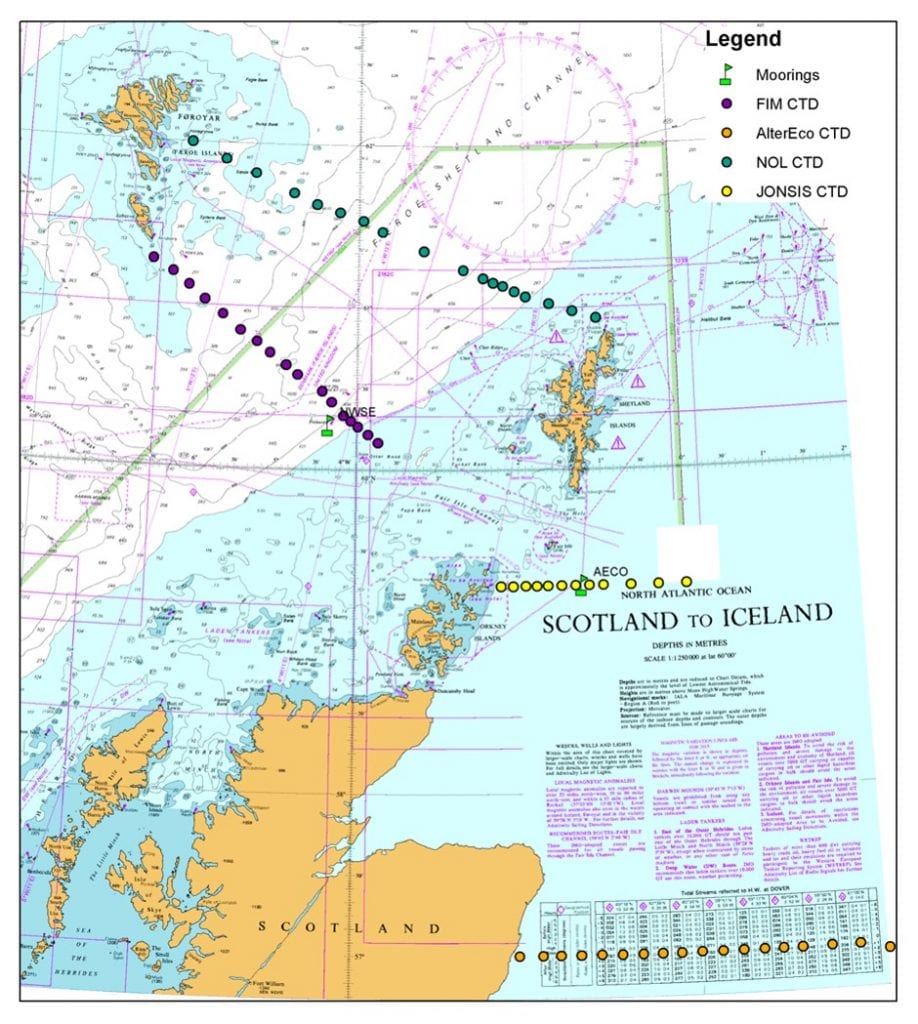 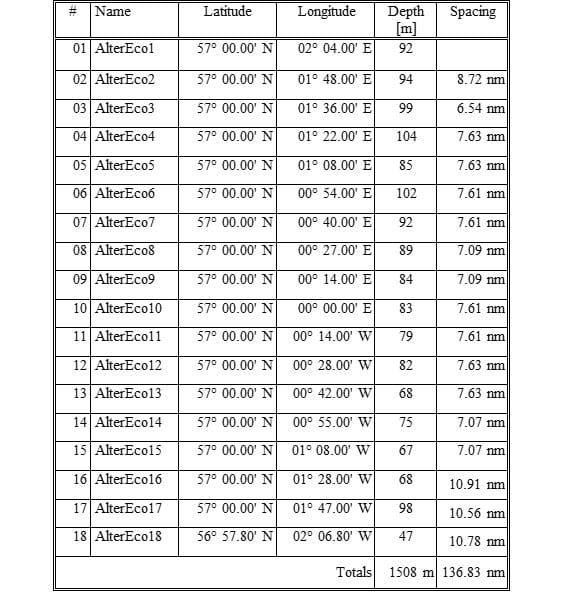 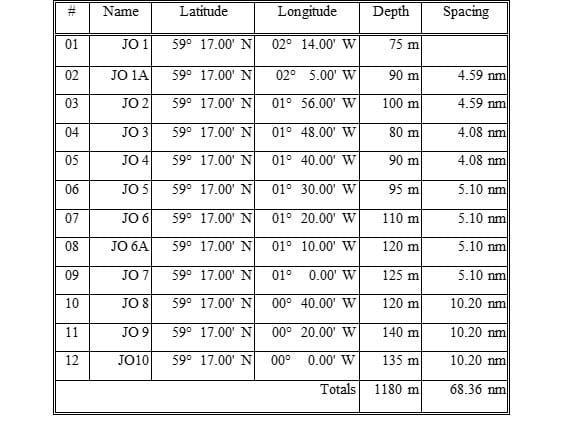 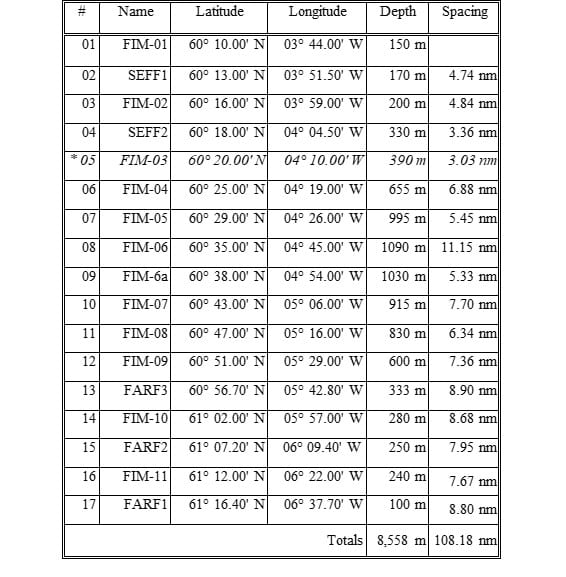 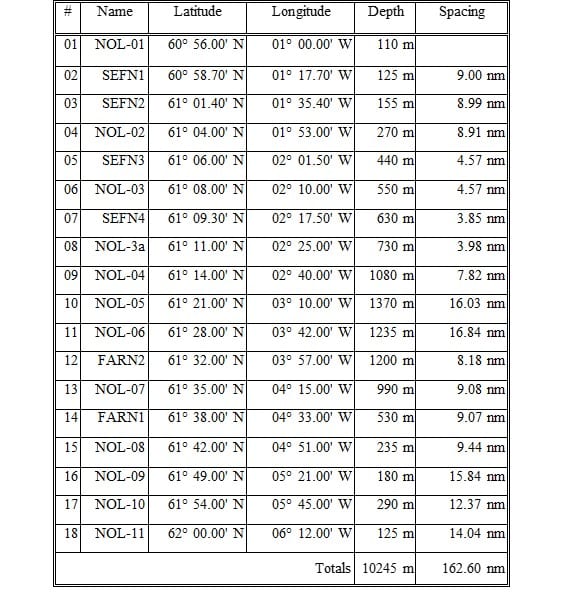