0819A will survey the waters around the Small Isles Marine Protected Area (MPA).  The primary objective of this survey is to monitor sites previously visited in 2012-2018 that support Scotland’s Priority Marine Features (PMFs).  Work from these surveys will be used to determine the effect of MPAs established in Scottish waters.  A secondary objective is that the data will contribute to a potential impact (BACI) study once protective measures within the MPA are introduced.  Work will cease on the afternoon of 26 May to allow time to travel to Mallaig (TBC) for the purposes of a half landing. Scientific staff will change at this point. Specific objectives are as follows:

Embarkation: Scientists will join the vessel in Oban around 11:00 (BST) on 18 May.  Weather permitting, and after all vessel drills have been completed, Alba na Mara will depart Kyle of Lochalsh, heading for the Small Isles MPA.

Benthic survey: The survey will consist of a series of UW HDTV surveys of the seabed at various sites inside and outside the Small Isles MPA (Figure 1).  The survey will utilise the modular camera frame (hybrid drop and lander frame – 2460 × 1900 × 1940 mm, L × W × H) deployed from the aft of the vessel.  Species type, density and substrate type (assessed visually) will be classified for each video transect post-survey.

The stereo-video system will be attached to the lander frame and set to record in parallel with the PMF survey.  The bar will be moved around the frame to investigate the effect of changing the camera orientation with respect to the area under observation.

If time allows, grab samples will be taken at sites around the MPA.  Samples will be frozen on board and will be analysed at a later date for traces of environmental DNA (eDNA) from species classed as Priority Marine Features (e.g. Atrina fragilis).

Operations: Survey operations will take place between the hours of 06:00 and 18:00 (GMT) and the work schedule will be decided by the SIC in conjunction with the skipper.  Work will cease at an appropriate time to allow the vessel to steam to Kirkwall to collect the acoustic technician.  The following 12 hours will be spent in Scapa Flow calibrating the EK60 echosounder system, after which Alba na Mara will head for Fraserburgh. All staff will remain on board until the end of the survey.

Unloading will occur on 4 June, at which time scientists will disembark. 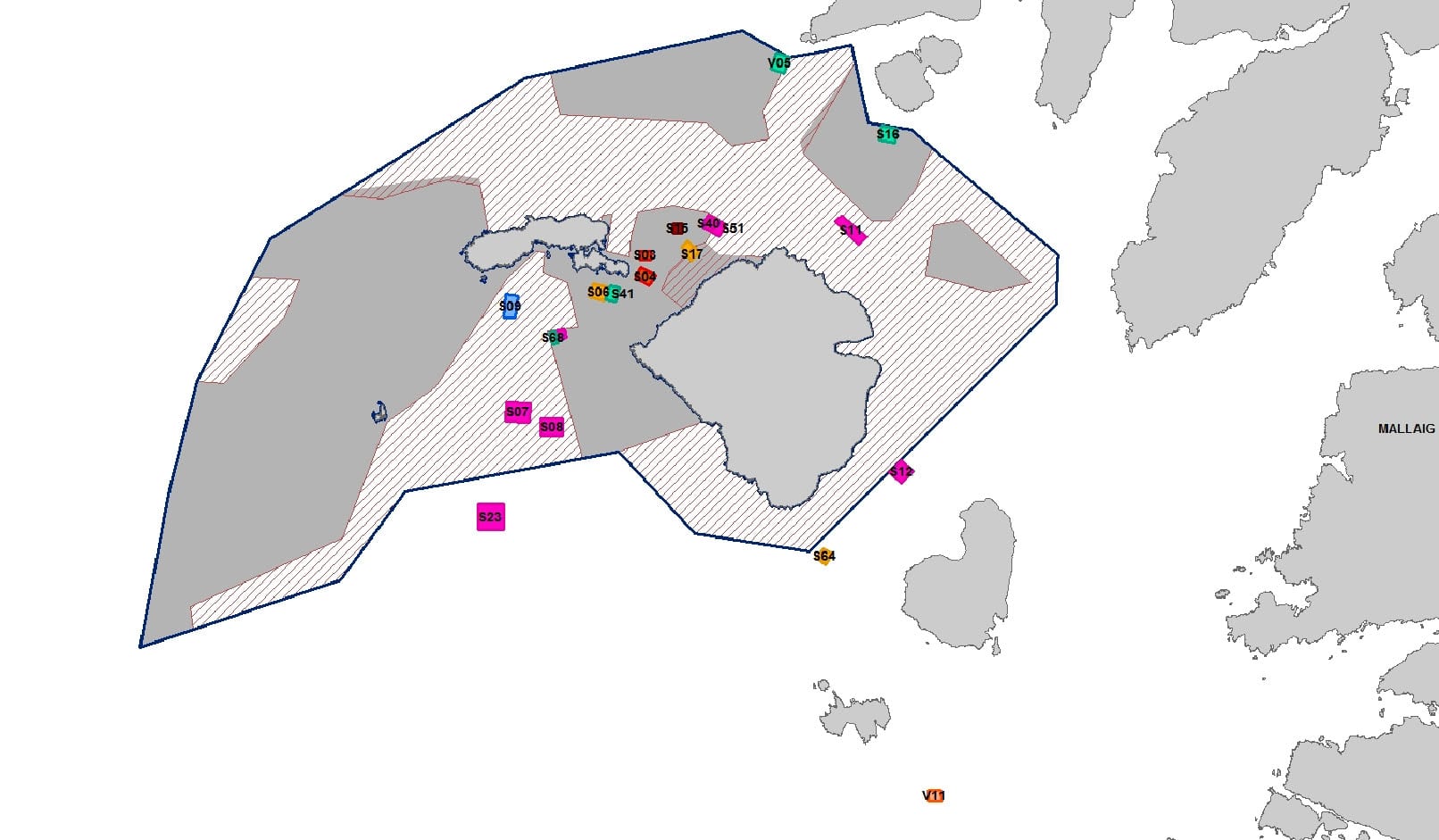 Prev Monks, Megs and More…
Next Smolts on the Sunbeam

Nephrops Activity on the West Coast