After departing Aberdeen and completing appropriate drills, Scotia will make passage to Buchan Deep for a test dip. On completion, Scotia will head to the eastern end of the JONSIS section to carry out sampling with the CTD and carousel water sampler (Table 1, Figure 1). The vessel will then proceed to the Faroe-Shetland Channel. We will commence hydrographic sampling along the Nolso Flugga survey line (Table 2, Figure 1). On completion of the Nolso Flugga line, the vessel will proceed to conduct hydrographic sampling on the Fair Isle-Munken survey line (Table 3, Figure 1).

Once the Priority 1 work is completed (or if time allows during priority one work) and if time allows, Scotia will carry out additional work (listed among the survey objectives as Priority 2 and 3, Figure 2). This extra work will include the interrogation of the lost moorings, and attempt recovery if the acoustic release is communicating; the deployment of mooring NWEX on NOL; extra hydrographic lines on the shelf and/or the North Sea. In case we are sheltering in a suitable location around Shetland, Orkney or the Moray Firth we will run the VMADCP and perform CTD sampling along specified lines (to be determined).

It is expected that deployments of hydrographic equipment will be carried out with the CTD crane whilst the vessel is on station. Single-string ADCP mooring deployment will be done from the trawl deck.

The thermosalinograph will be run throughout the survey.

(NOTE: The survey will potentially take Scotia into the Foinaven Development Area. This is now standard practice, and normal on-site communications will be established with the Foinaven co-ordinating officer). 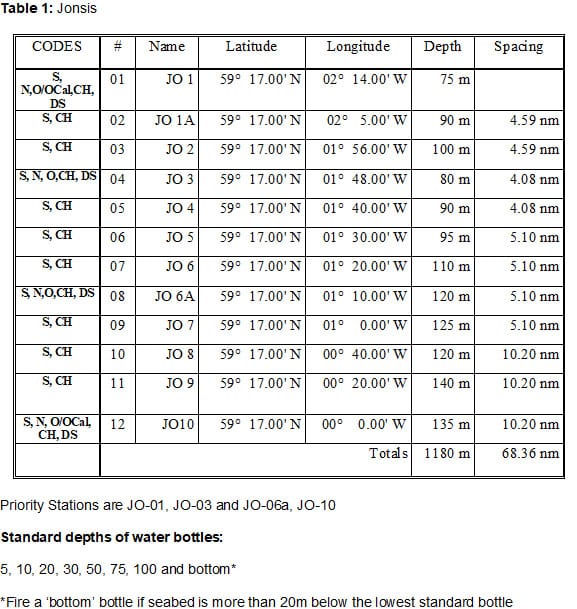 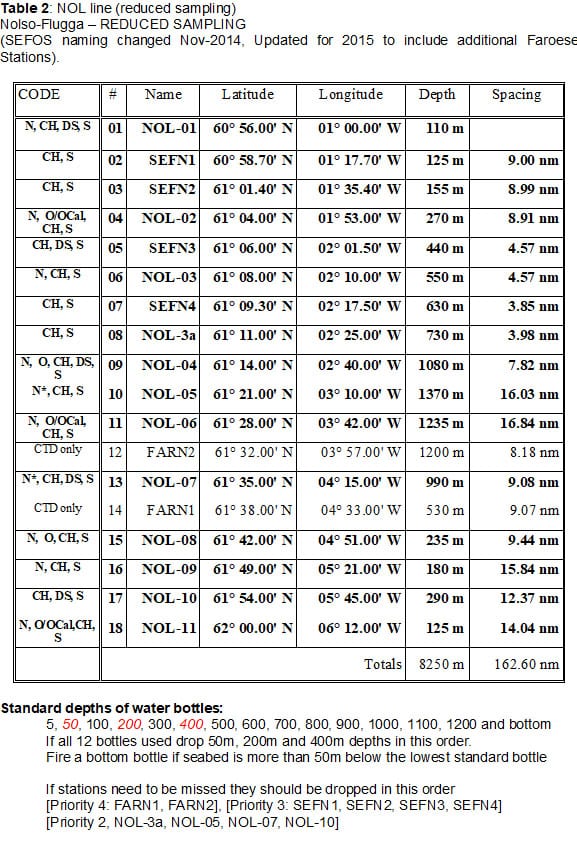 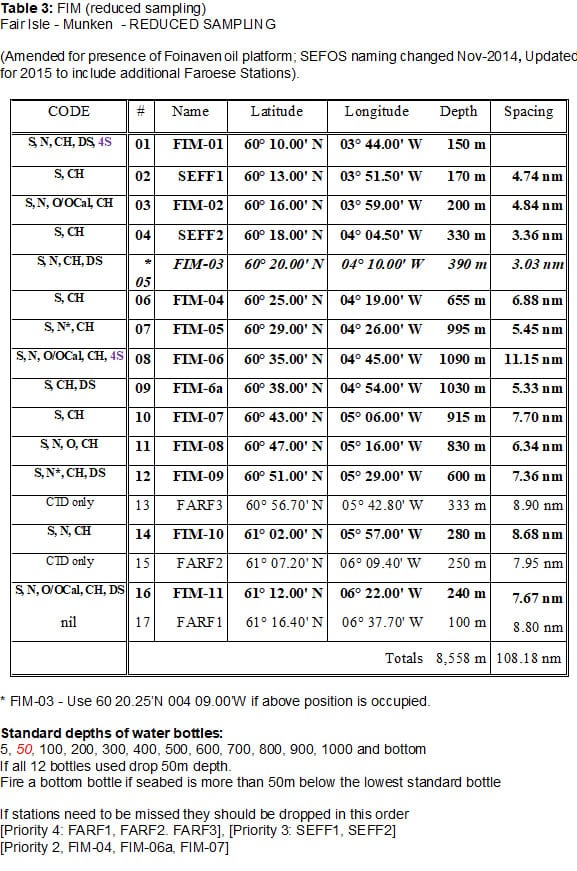 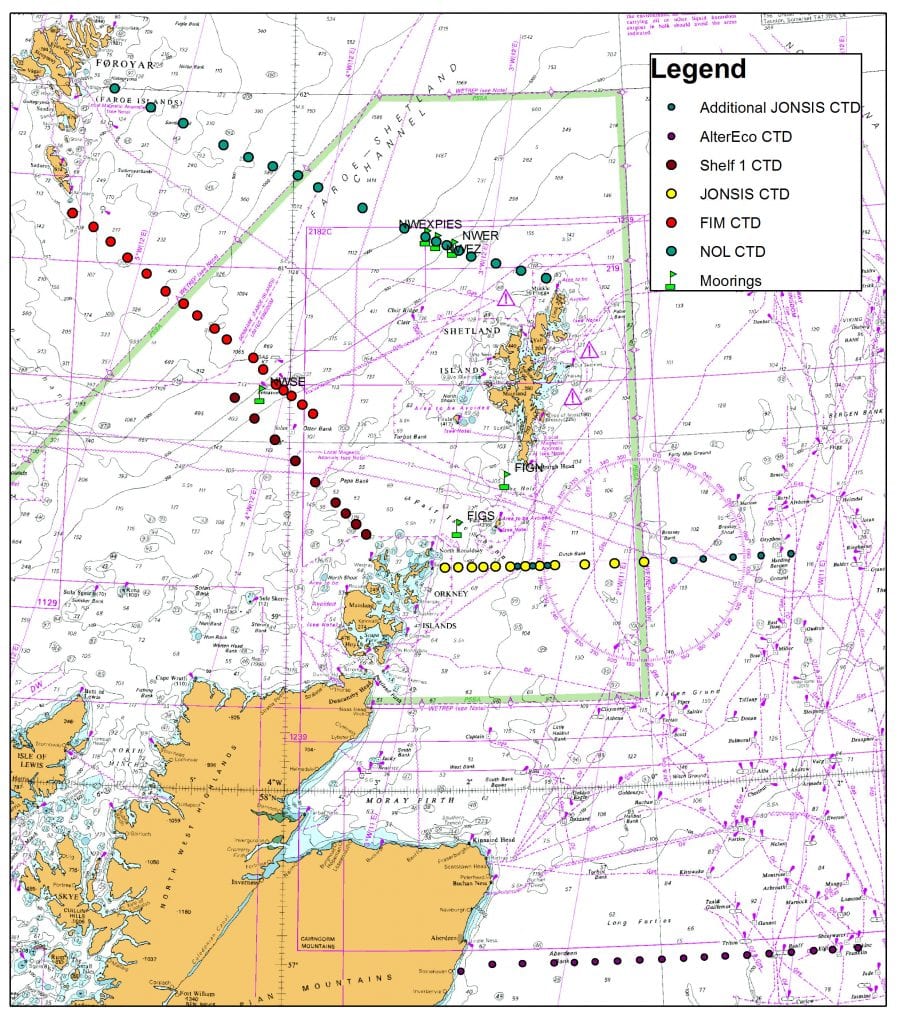 Figure 1: Map of main monitoring lines (Jonsis, NOL, FIM) (including some of the extra lines, no indication of their importance). 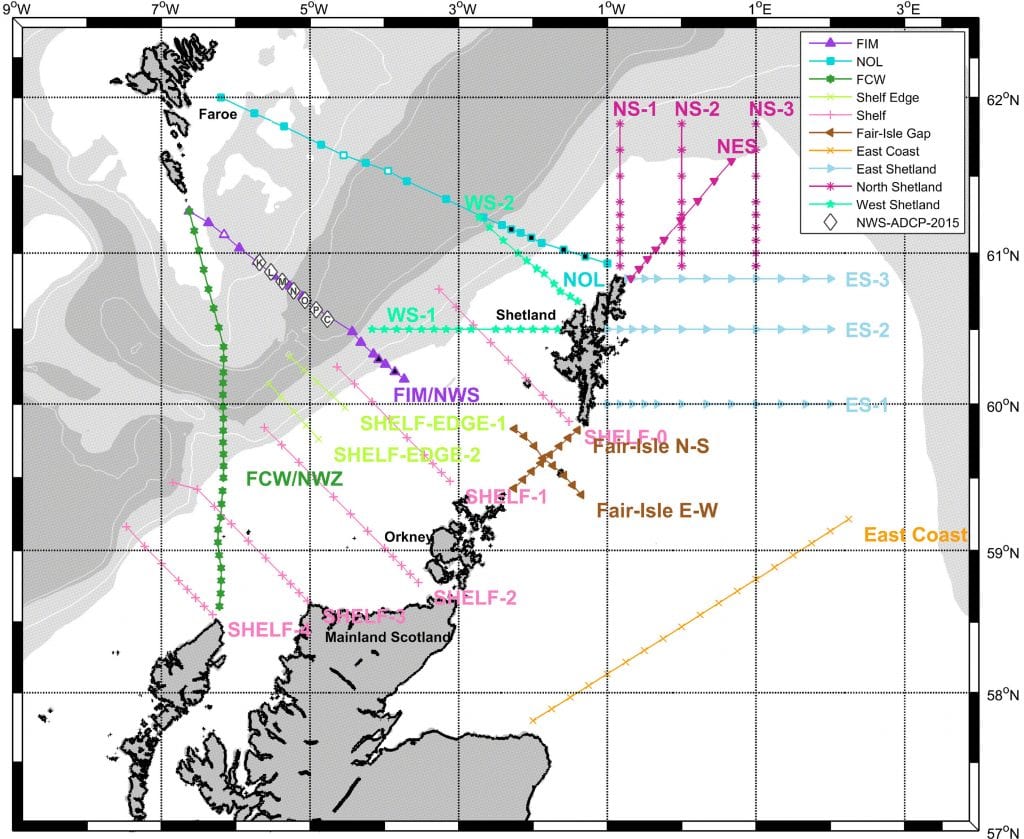 Figure 2. Map of some of the extra hydrographic lines (details to be provided at a later stage when necessary).