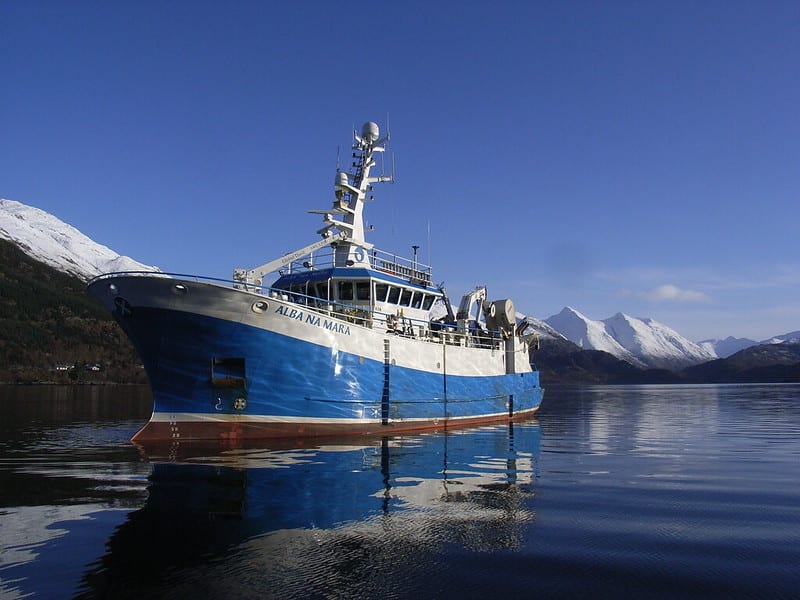 The annual underwater television Nephrops research survey neither started on the 6th January 2020 nor worked on the west coast, despite the survey plan. The vessel was initially storm bound in Fraserburgh for three days and once out of the harbour the 5m+ swell along the north coast meant the vessel couldn’t reach the west coast.

However in sheltered waters off Nairn, work was possible and prior to the half landing in Inverness, a time lapse camera had been deployed; four sites had been surveyed using both the TV sledge and drop frame (to compare the observed difference in burrow abundance between the two systems); a trawled site had been surveyed with the sledge 15 times (to observe the rate in which burrows are re-established following trawling); new data logging software had been trialled and updated; an innovative high definition camera (which uses the existing copper cable to transmit live footage rather than fibre-optic cable, which is not available on MSS vessels) had been piloted; two sessions using an ROV had taken place; in addition to a significant amount of on board training , as the survey had two new members of MSS staff on board.

One diversion was when the vessel had some visitors in the form of the SAR team, which used Alba for practice to lower a crew member from a helicopter. So whilst storms were being experienced around the coast, the work continued in the western Moray Firth unhindered, with a back drop of memorable sunrises/sunsets and the occasional accompany seal … but no dolphins yet!