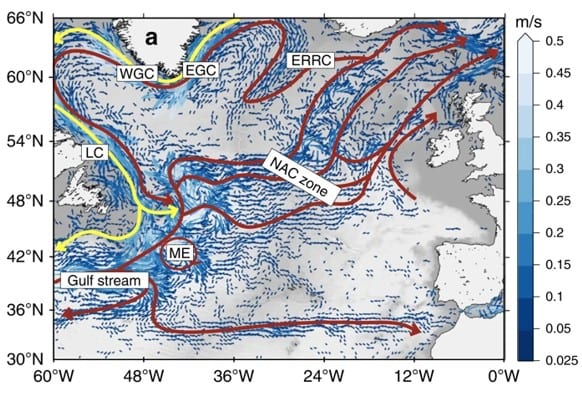 Research published in Nature Communications this week has investigated the recent, large reduction in salinity measurements in the North Atlantic Ocean. Evidence of this surface salinity change includes the time series collected by Marine Scotland Science in the Faroe-Shetland Channel.

Scientists observed the freshening event over a large region of the North Atlantic, extending from waters to the west of the UK to Iceland in 2016. For some of the observational time series, the measured salinities were the lowest since records began in the late 19th century. In the Faroe-Shetland Channel, lower salinities were observed during the Great Salinity Anomaly in the 1970s, which was caused by increased freshwater transport through Fram Strait (the passage between Greenland and Svalbard) and winds driving increased freshwater transport from the Greenland shelves. 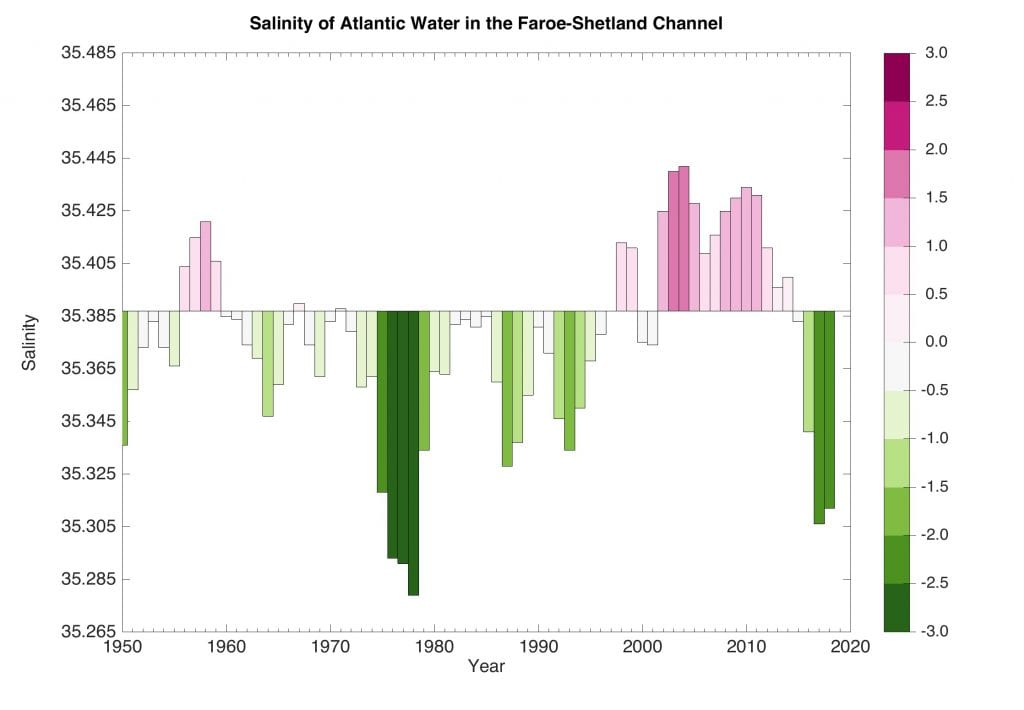 The recent salinity change has a different mechanism and was caused by abnormal wind patterns driving Arctic freshwater from the Labrador Current (close to the Canadian continental shelf) into the North Atlantic Current. This current transports waters from the North American region of the Atlantic Ocean towards the UK coast. It is an important influence on environmental conditions in the waters off the Scottish West Coast. This work shows that understanding changes in the circulation further westward in the subpolar North Atlantic provide important context for conditions in our region.

The Great Salinity Anomaly of the 1970s impacted the ecosystem productivity in our region. Some of the authors of this study are currently considering the impact of this recent freshening event on the biological productivity.