Assessing Plankton in the UK 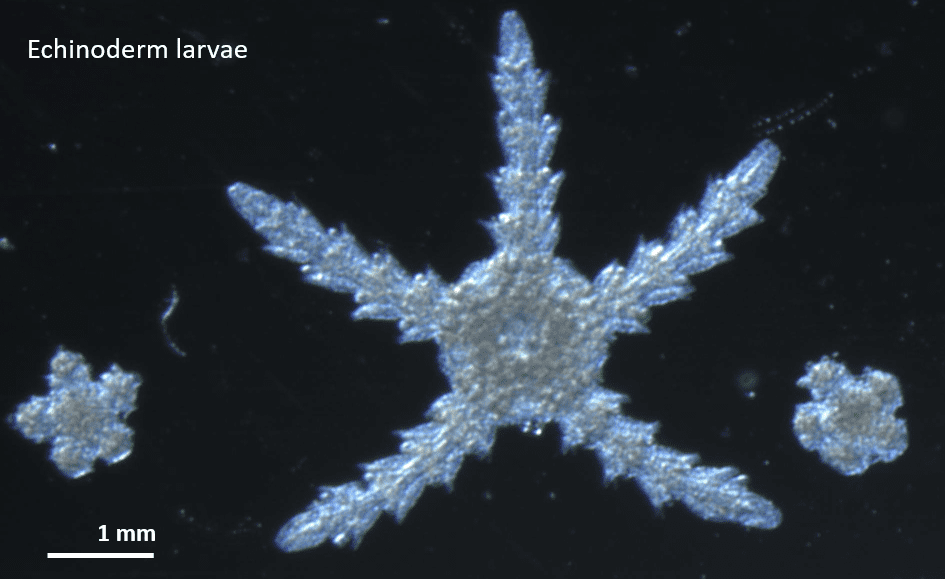 Two scientists from Marine Scotland Science (MSS), Dr Eileen Bresnan and Dr Margarita Machairopoulou, have been involved in the first ever assessment of the status of the plankton community in UK waters.

Led by the University of Plymouth, scientists from all around the UK joined together to share their datasets and knowledge to fill in some of the scientific gaps and understand change in pelagic habitats. The collective expertise of the group was critical in producing and interpreting the results. 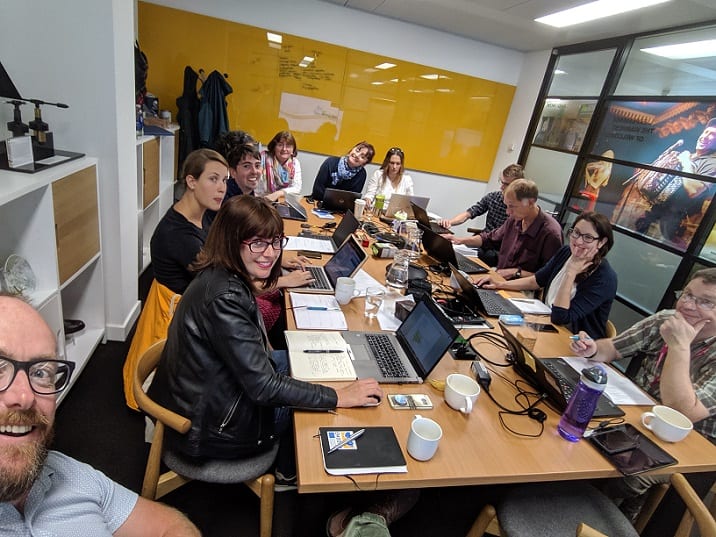 Key to this assessment is the development of a new plankton lifeform indicator tool which enables assessment of pelagic habitat plankton diversity, regardless of sampling methods. There are thousands of phytoplankton and zooplankton species in UK waters – for this analysis they are collated into functional groups, called lifeforms, that perform similar functions in the ecosystem or have similar biochemical characteristics and lifecycles. Examples of lifeforms are: diatoms/dinoflagellates (silicate/flagellated microalgae) and holoplankton/meroplankton (animals that spend whole/part of their lifecycle in the water column).

This map shows the location of the different plankton monitoring programmes that were included in the assessment. Data from the MSS Scottish Coastal Observatory (SCObs) stations has made a key contribution to this study, particularly in the data poor areas on the west coast of Scotland. The SCObs monitoring sites at Stonehaven and Loch Ewe represent two of the three monitoring sites in the UK (L4 off Plymouth) where coastal zooplankton are monitored. 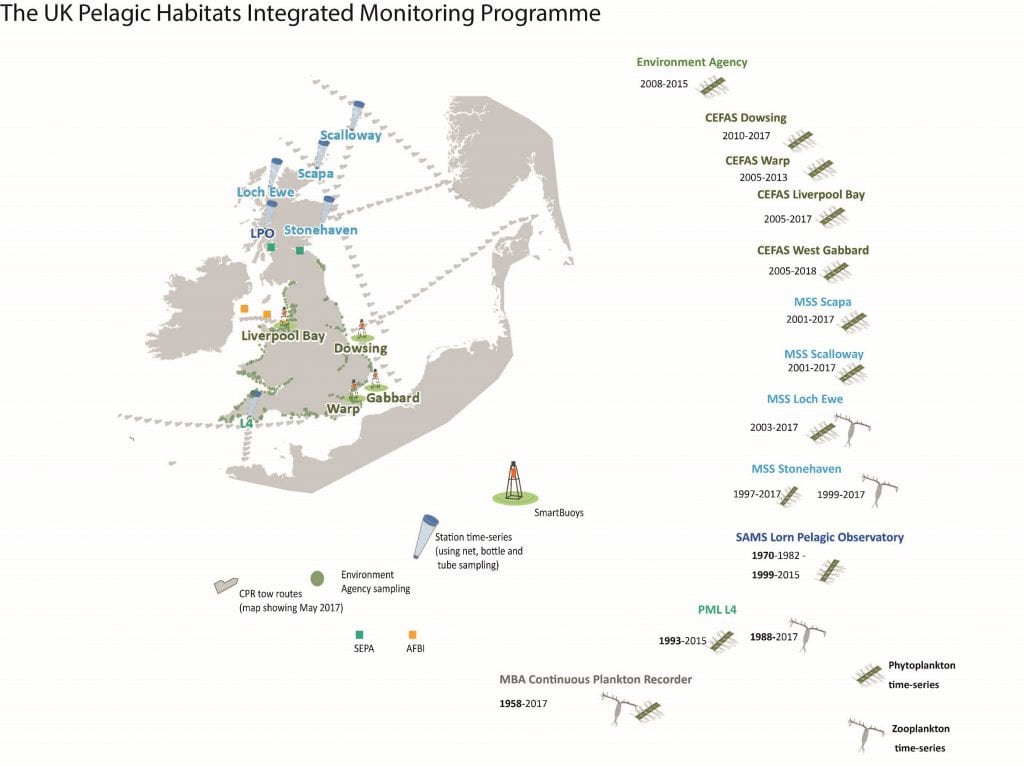 The main findings from the ICEGRAPH Project include: