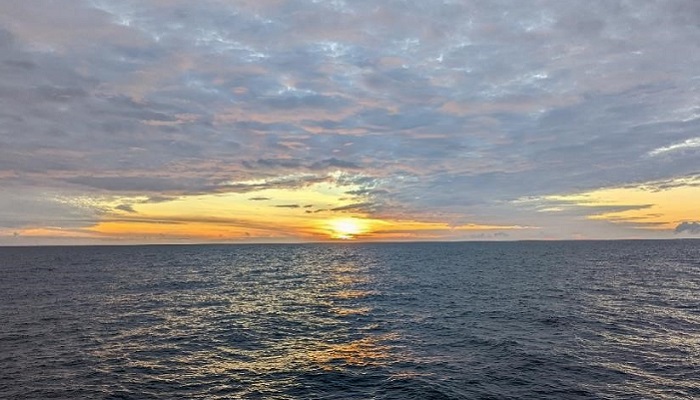 The West Shetland Shelf area was designated in 2014 by Scottish Ministers to protect and support the diverse range of wildlife living in the sand and gravel habitats there including: marine worms, marine molluscs and colourful sponges. At 4,083 km2 it is approximately the same size as the Cairngorms National Park and ranges between 70 – 150 m in depth.

Monitoring trips like this allow us to assess the state of our MPAs giving us information about the number and type of species present, as well as their range and distribution. This helps us better understand changes in the marine environment over time to inform future management measures.

How we monitor the seabed

Custom built in our Marine Laboratory the drop frame structure contains an underwater camera system and a number of other subsea gadgets (Figure 2) to provide measurements along each survey area of the water such as: salinity (saltiness), depth, temperature and positioning data. 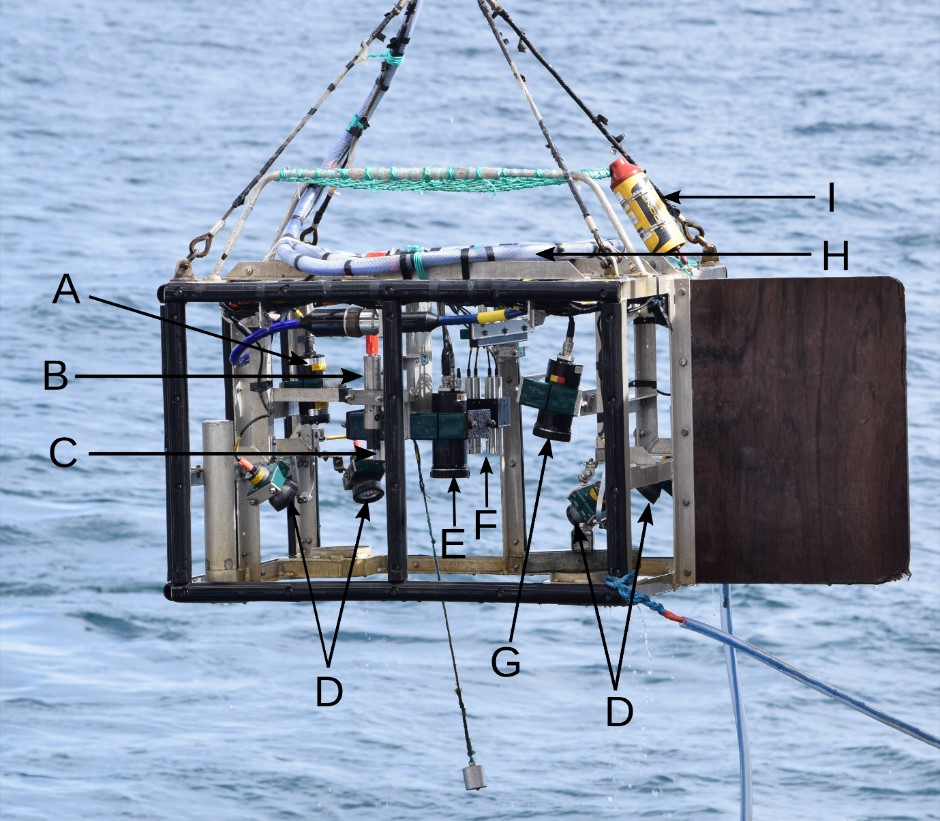 The altimeter measures the distance of the drop frame above the seabed, allowing for environmental factors to be cross-referenced with corresponding imagery. These measurements are transmitted back up the umbilical cable and recorded in real time.

An ultra-short baseline (USBL) transponder communicates with a receiver on the ship’s keel (underside) to provide high-accuracy in-water positioning data so we know where each image has been taken on the seabed.

The environmental and positional data are then time-matched with each other and the imagery data to provide comprehensive metadata for each image, so we know the environmental conditions at the position where each seabed photograph was captured (as shown in Figure 3).

Figure 3: Image A shows sandy sediment with a sea mouse worm in the lower left corner and tusk shells, which are marine molluscs. Image B shows coarse sediments with sponges (including the yellow hedgehog sponge), bryozoans and bivalve mollusc shells.

The data from this and other surveys helps the Scottish Government report to parliament on our progress towards the development of an MPA network. This includes an assessment of the extent to which MPAs are achieving their conservation objectives.

Moreover, we are committed to ensuring the marine environment is: clean, healthy, safe, productive and diverse, and managed to meet the long term needs of nature and people under the Bute House Agreement.