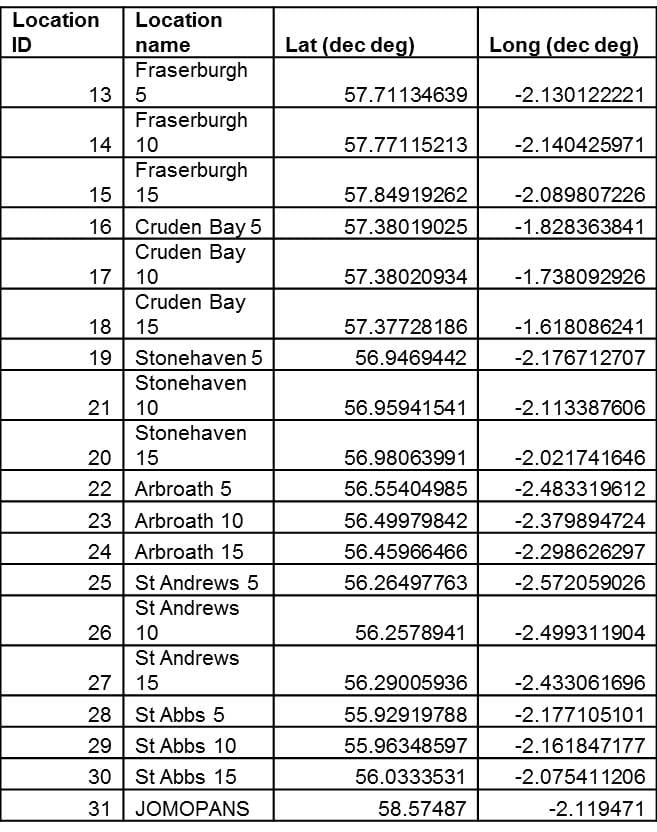 Alba na Mara will sail from Fraserburgh on the morning of 13 August and make for the first mooring position. The ultimate order in which the moorings are retrieved and deployed will be dictated by the current weather forecast and the likely shelter that can be provided by the east coast.

Accurate position records will be kept detailing where the moorings are eventually replaced; as this may differ from the planned position. If all the moorings have been retrieved and deployed before the scheduled end of the survey, Alba na Mara will head to Aberdeen Bay to allow scientific staff to retrieve moorings with VR2 salmon detectors between Ythan Estuary and Findon Ness. 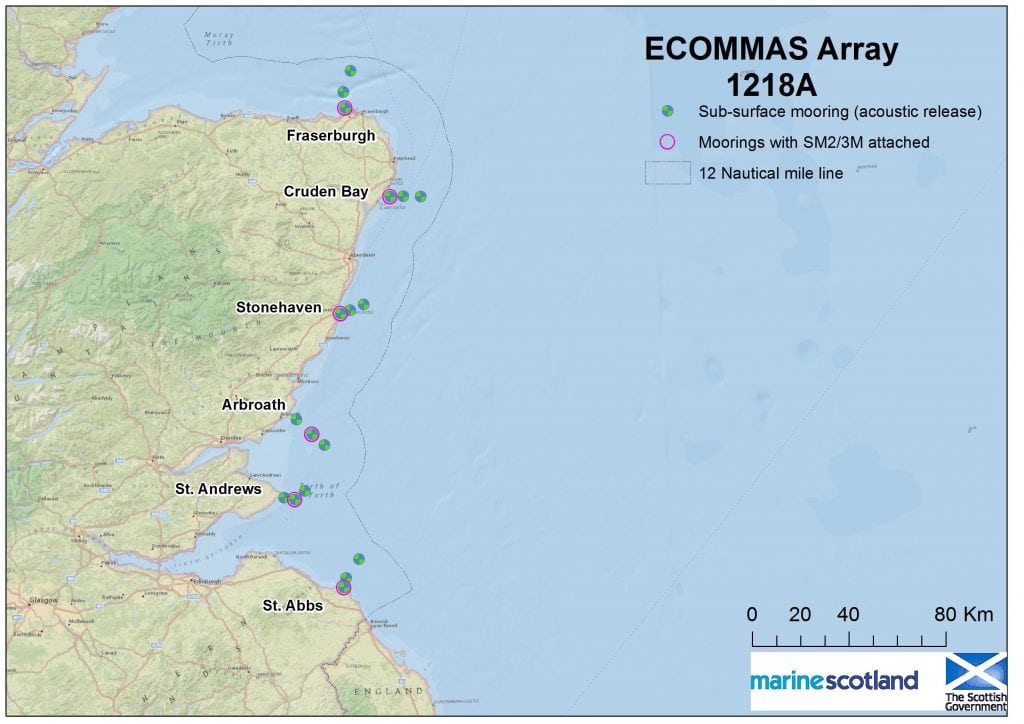