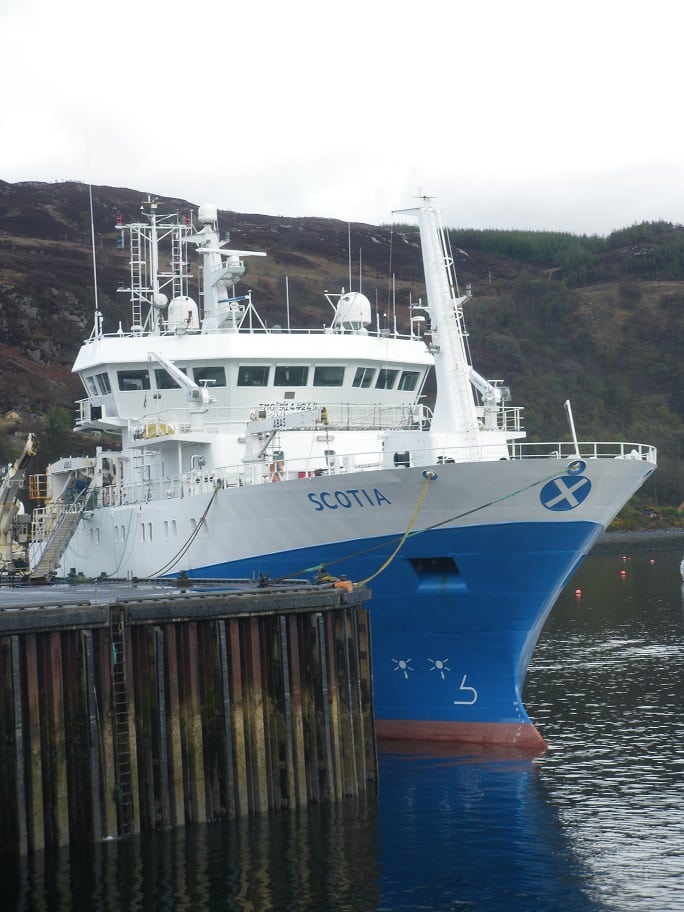 It’s Monday the 3rd of September and since the last blog post the team here have been squirreling away, successfully collecting video data from all of the planned stations at Rosemary Bank Seamount and are starting to collect still photos and video from Wyville Thomson Ridge. The weather has delayed us a little on this goal but we are back on track, and steaming ahead aiming to collect as much data as we possibly can before we come in to the half landing at Ullapool.

The half landing is anticipated by all staff by this point as stocks of chocolate and crisps have run dangerously low! Additionally at the half landing we will be bidding farewell to all but one of our MSS and JNCC colleagues but welcoming six new JNCC staff to the ship. With the promise of replenishing our snack food stock and a chance to stretch our legs on a little less wobbly footing; it is safe to say that everyone is looking forward to those 24 hours on dry land.

After the half landing it will be a race against the clock with only eight days left on the survey to try and gather as much data as possible from the two sites we plan to revisit; Wyville Thomson Ridge and Faroe Shetland Sponge Belt. The drop-frame camera system is the weapon of choice for finding out all we can about the animals that live in these two protected areas and catching a glimpse into the world they inhabit. If the chariot footage is any indication, the staff joining Scotia are in for a real treat with the diversity of the marine life and habitats within these two sites and the amazing footage we have already seen.