Alba na Mara will conduct acoustic surveys using the EK60 sounder along key transects that are concurrently being surveyed using HiDef digital aerial surveys and PAM deployments.  The time period of this survey covers a similar period as the BOWL post-construction digital aerial surveys (May to July 2019), when sandeels are in the water column during daylight to feed.  Acoustic surveys will be made within five pre-selected aerial survey transects (see Figure 2) passing between wind farm turbine rows.

Acoustic data will be collected for all available frequencies.  Concurrent visual surveys collect data at different levels of the trophic web using a multi-disciplinary approach.

Line-transect surveys will be conducted at an average speed of 8 knots. Two replicates of the line transects will be carried out within each 500m wide aerial survey transect (Figure 2).

Pelagic sampling for sandeels using the PT 154 net will be conducted early on in the day to capture the change of light.  A sandeel dredge will be deployed as a back-up should the pelagic net not catch any samples. Due to the light periods relevant to sandeel capture this survey will operate a working timetable of 06:00 to 18:00.

Shooting positions will be chosen along the survey transects but not necessarily in the same orientation as these.  The shooting and hauling position of the trawls will be recorded. The trawl duration will be of 30 minutes.

Plankton sampling will be done using the “bongo” net dual sampler using nets of 200 and 68µm mesh size. Collected samples will be preserved in a number of ways: 70% alcohol, 4% formaldehyde and vital stain neutral red. Positions for these have been planned as stratified random positions along the transect lines, Figure 3 shows these positions.

1)    A grid of hydrographic sampling stations will be sampled during the survey to collect data for the SSM. At each station a CTD together with a water sampler will be deployed. The plankton sampling net will also be deployed at these locations. See Figure 3.

CTD profiles will be collected throughout each transect at stratified random positions to provide information on the local sound speed varying with depths, temperature and salinity. Water sampling will be performed at the same time using the mini-rosette in conjunction with the CTD.

Should the CTD not work in conjunction with the mini-rosette reversible bottles will be used for collecting water samples. 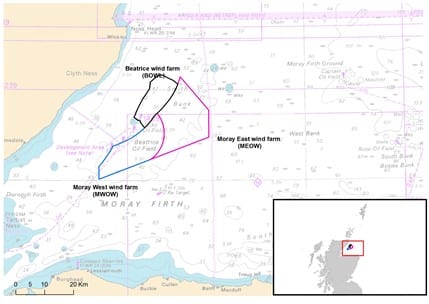 The locations of waypoints for start/end of transects, hydrographic sampling points and map of general area to be studies can be seen in Figure 2 and 3 and the geographic positions of these in tables 1 and 2. 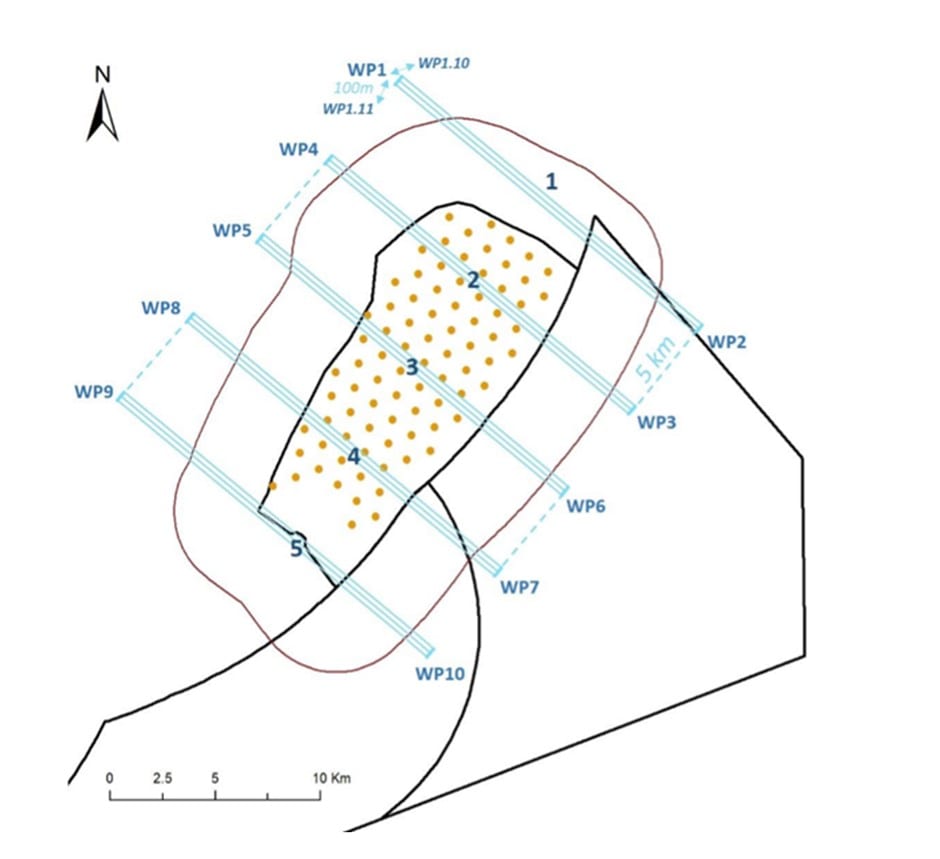 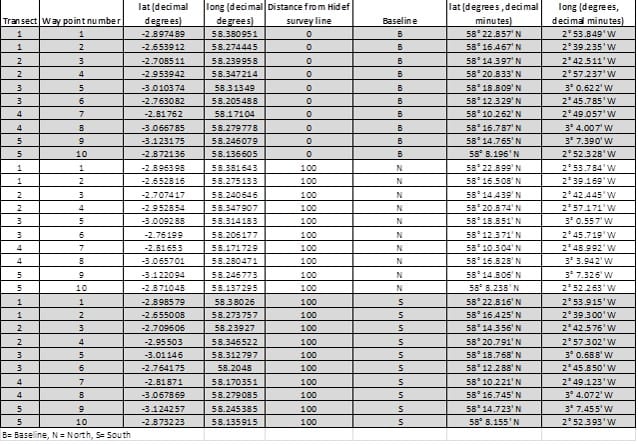 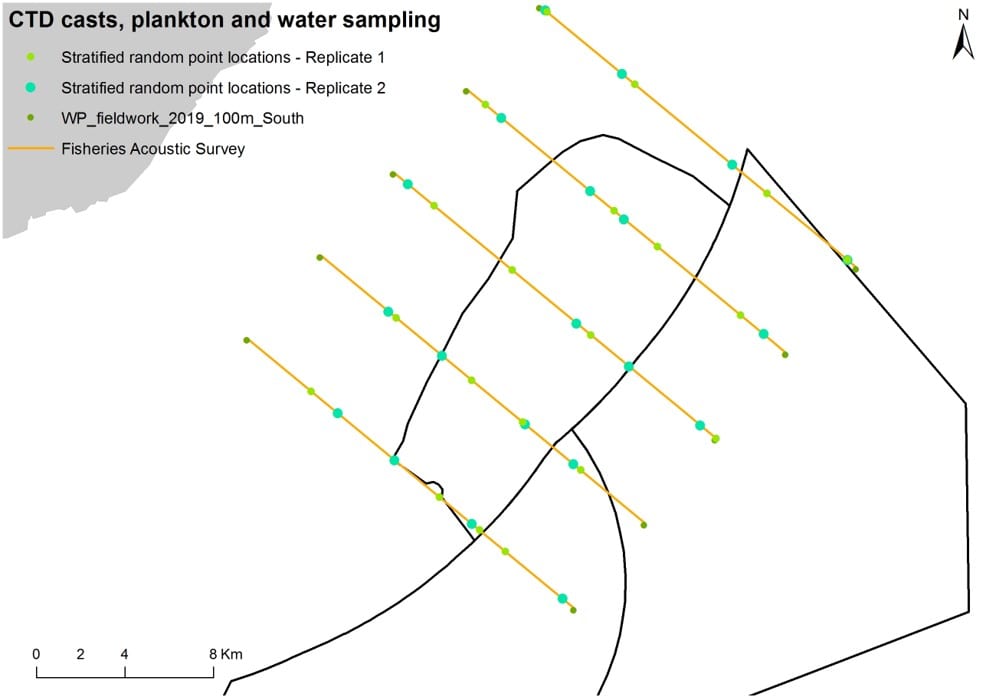 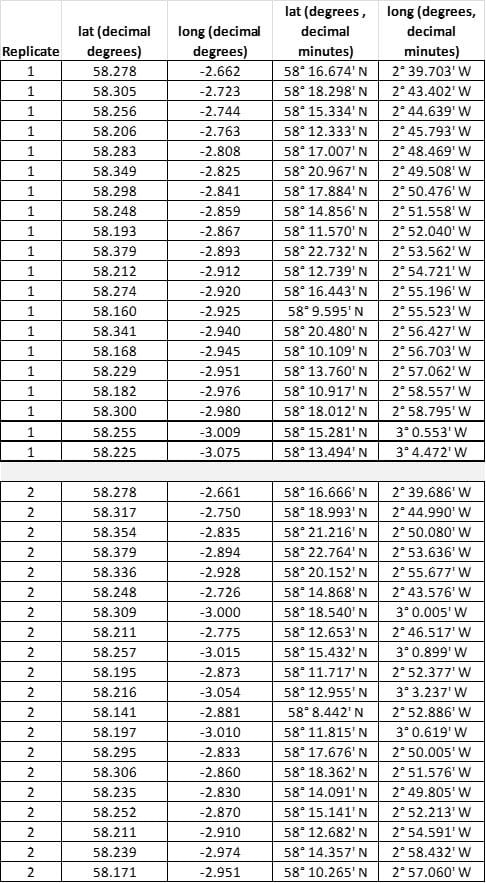 Prev All Eyes on New Worm Species
Next Scallops, Starfish and Heavy Metal