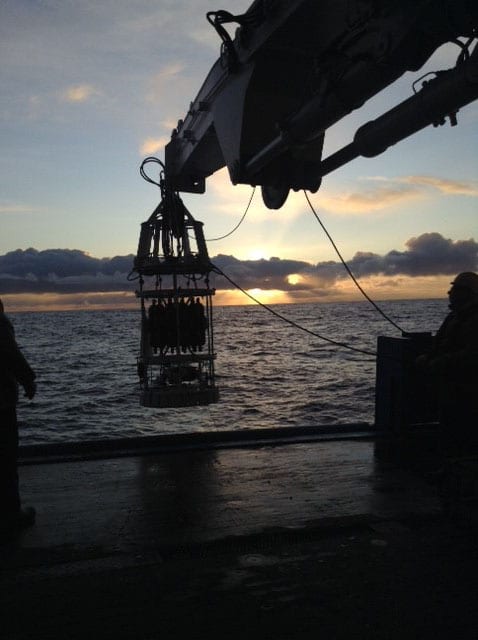 working hard on MRV Scotia in the Northern North Sea and the Faroe-Shetland-Channel for 11 days. This work contributes to our long-term monitoring to evaluate changes in hydrography and circulation in Scottish waters and the North Atlantic.

So far the weather has been fine, with blue skies and calm seas, except for half a day of waiting for the swell to die down. Everyone, thankfully, has found their sea 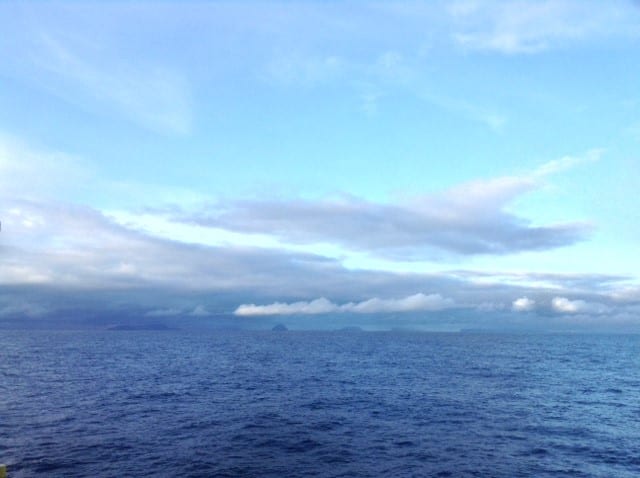 legs and is enjoying the food prepared by the cook.

The only two women on the ship are the SIC and co-Scientists In Charge, trialling a new succession planning/training for this position. This seems to be working well. We have a meeting with the captain every morning to discuss weather conditions and the plan for the next 24 hours. Additionally, we are working on the same shift so that the process of decision making can be shared along with previous experiences when sailing wasn’t quite so smooth.

A few issues with the ship were all overcome professionally by the crew and the scientific work has continued. We got a short glimpse of the snow-covered Faroe Islands as we steamed from one monitoring line to the next. 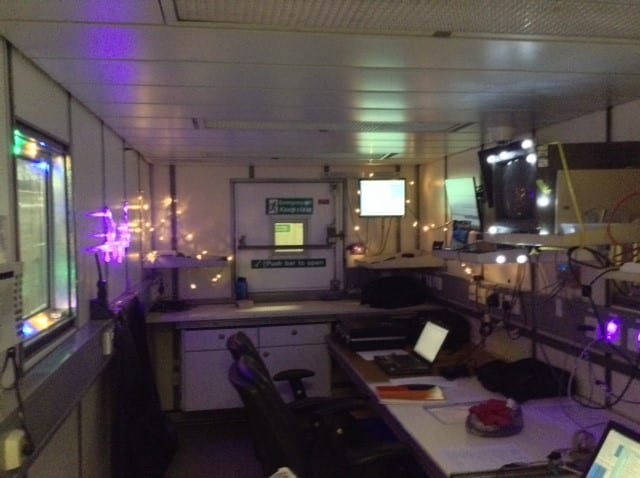 So far we have completed around 40 CTD stations, taken 96 salinity samples, 123 nutrient samples, 36 dissolved oxygen samples, 135 chlorophyll samples, measured currents under the ship, deployed a mooring, shrunk 10 styrofoam cups/balls (which significantly reduced in size when sent down to 1300m in the Faroe-Shetland-Channel), and finished a puzzle.

We are all looking forward to be home by the 22nd to celebrate Christmas and return to a regular sleep pattern.