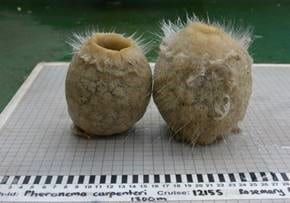 A team of scientists, with the lead author from Marine Scotland Science (MSS), have had a paper published in the Deep Sea Research Part I journal describing the deep sea communities of the Rosemary Bank Seamount Marine Protected Area (MPA) in the North East Atlantic.

The paper provides essential baseline information on the composition of fish and invertebrate communities at Rosemary Bank Seamount, and a description of how these communities change with depth.

These findings are based on a decade of study by our colleagues using visual and trawl surveys from 2007 to 2017 and provides a reference point to assess the impact of management intervention in the future.

This paper was produced as part of our core work to provide evidence to support policies and regulations aimed at the conservation and management of Scotland’s waters. These include: Scotland’s National Marine Plan, the Scottish Biodiversity Strategy, the OSPAR Convention, and the UK Marine Assessment.

The deepwater surveys that contributed the data for this paper were undertaken aboard MRV Scotia and the work was funded by the Scottish Government projects EcoSDEEP and MOREDEEP.

This work is also part of a larger body of work that has earned us a ‘Highly Commended’ award for ‘Innovation’ at the recent Nature of Scotland Awards.