Day of the Seafarer 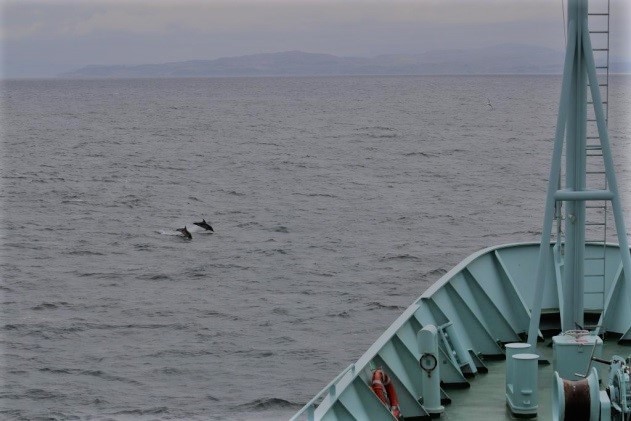 Today is International Day of the Seafarer and with three protection vessels and two research vessels we certainly know a thing or two about life at sea.

Marine Scotland, and its predecessors, have a long fleet history, with both research and patrol vessels at the heart of our work. As far back as 1882 the Fishery Board for Scotland was established for the purposes of protecting sea fisheries in the waters around Scotland and land based inspection of landed catches. It was also around this time that the need for a dedicated laboratory to concentrate on the science behind Scotland’s fishery was recognised.

The first vessel that the Fishery Board took over was a former Royal Navy sailing cutter “Vigilant”, which had worked for some years on protection tasks. The “Garland” then joined as the first research vessel. A full history of the Marine Scotland vessel fleet can be found in this booklet which also includes the recently awarded SS Explorer.

Launched in 1955 the SS Explorer was the first purpose built marine research vessel for Scotland and the first research ship to be fitted with a computer. Although decommissioned in 1985 the SS Explorer Preservation Society later restored the ship into a living museum, which last month won a Regional Flagship award in the National Historic Ships UK Flagship competition.  This recently digitally remastered original film shows the SS Explorer working in the late 1950’s and gives a great glimpse into what life as a seafarer would’ve been like.

Our protection vessels are deployed for 315 days each year on marine monitoring and enforcement duties in the Scottish zone of the 200 mile British Fishery Limits. Effective monitoring and enforcement of marine and fisheries legislation is vital if we are to protect Scotland’s valuable marine areas and fish stocks. In Marine Scotland we do this by:

Our research vessels conduct on average 37 surveys a year amassing 563 days at sea conducting research activities to grow our knowledge and understanding of Scotland’s seas.

Our vision is to have clean, healthy, safe productive, biologically diverse marine and coastal environments, managed to meet the long term needs of people and nature. So today, to celebrate the Day of the Seafarer we‘d like to say thank you to all of our colleagues who take to the waves often missing celebrations, holidays and family gatherings to ensure we fulfil our purpose to manage Scotland’s seas for prosperity and environmental sustainability.