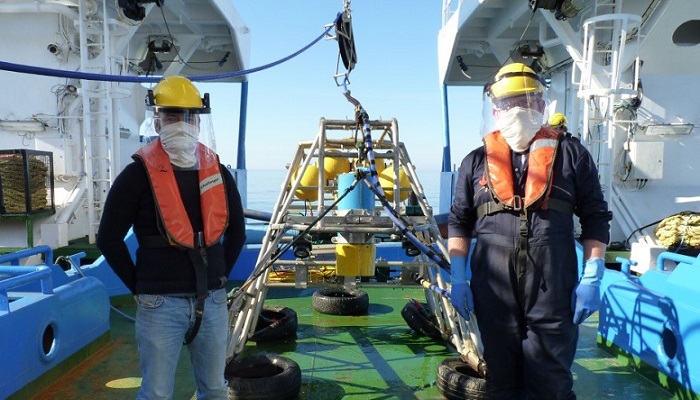 As with many other aspects of our lives at this time, our marine research vessel (MRV) survey programme of 2020 was significantly affected by the COVID-19 (coronavirus) pandemic and ultimately stopped with the lockdown restrictions imposed in March.

However, in mid-June the MRV Scotia programme was permitted to resume with survey 0820S – the annual North Sea and West coast Nephrops underwater television survey (UWTV).

Various staff across Marine Scotland Science (MSS) and Marine Scotland Compliance (MSC) reviewed and amended risk assessments to safeguard staff during laboratory preparations, loading equipment and all working at sea. To do this we had to:

The need to adapt to the required changes became very clear on the first day of loading, where normally staff would return home from Scotia after a day setting up equipment on the vessel. However, to reduce additional contact and risk, staff joined on Friday 12th June to load the vessel, and remained on board until the end of the survey 18 days later.

The COVID-19 related changes were felt immediately after boarding – no welcoming handshakes with colleagues not seen for maybe a year.  But smiles under face coverings and friendly conversations (at a distance!) soon re-established those connections. Many visible reminders around the vessel ensured staff adhered to the preventative measures whilst on board.

Copious amounts of hand sanitiser was available throughout the ship, 2m physical distancing markers were in all the corridors, one way systems were in operation around the vessel, face coverings were distributed, as were face shields. Meals were scheduled to reduce the number of people in the mess at any one time, and even the grapes in the mess were pre-picked and presented in separate cups to avoid additional contact. 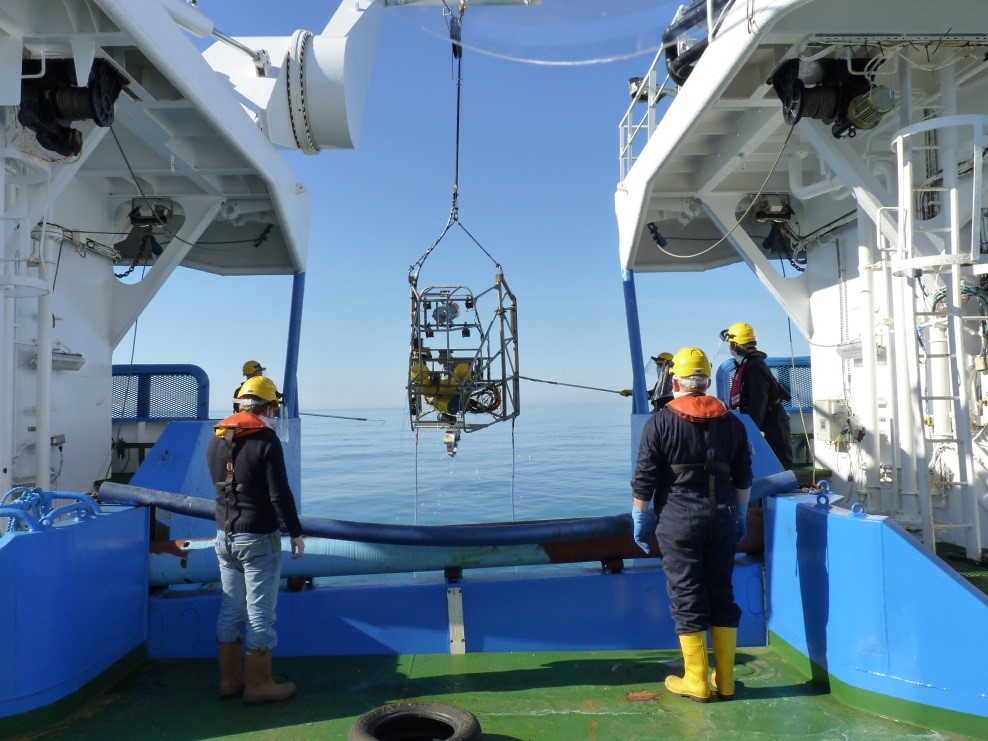 Yet despite these new routines and restrictions, the work progressed well. With no trawl to rig there was less to load on to the vessel and the UWTV cable was spooled on to the winch much earlier in the day.  This allowed the containers and the sledge to be set up sooner than normal, which in turn resulted in the vessel being ready to sail 24 hours earlier than originally planned. So on the morning of the 14th June Scotia headed south to complete the UWTV survey in the Firth of Forth.

This area, along with the Moray Firth, is normally undertaken by MRV Alba na Mara but with the vessel remaining in port for the time being due to the difficulties of maintaining physical distancing on board, Scotia’s work plan was adapted to incorporate these two additional areas.

By late on Monday the 15th the survey had been completed in the Firth of Forth and the vessel headed north east to Fladen and resumed the normal pattern of work for Scotia during a typical June survey. Working 24 hours day in mainly foggy conditions, bar one exceptionally calm, sunny day (when all the photos were taken!) all the Fladen stations were completed by the morning of the 20th, after which the vessel started making its way to the North Minch to commence the next stage of the work.

Progress through the North Minch went well covering all the planned stations on the west side of the Minch. In addition two COMPASS (Collaborative Oceanography and Monitoring for Protected Areas and Species) moorings were also recovered and replacement devices deployed. After surveying just five sites in the South Minch, the weather turned for the worse on the 22nd and the vessel headed east to the Small Isles. Sheltered from the worst of the wind the survey continued in daylight around Rhum, Eigg and Canna. Survey activity was suspended for a short time during the hours of darkness, due to the presence of creels in the area – creels and a towed TV sledge is not a good combination! Once daylight broke and the marker buoys for the creels could be seen again, the survey resumed. In the evening of the 23rd the vessel was situated off the Garvellachs to successfully recover and redeploy a new COMPASS mooring.

The vessel then made way for the Clyde, and worked up Kilbranan Sound, around the north end of Arran and then south again all the way to Ailsa Craig. Before leaving a calm, sunny Clyde on the 25th a MarPAMM (Marine Protected Area Management and Monitoring) mooring was recovered to the south east of Campbeltown. That same night, a major thunder and lightning storm with torrential rain occurred while the survey was being carried out to the west side of Mull. The skies had cleared by morning and work continued north towards Barra and then continued on north, arriving in a creel free Loch Snizort early on the morning of the 27th. 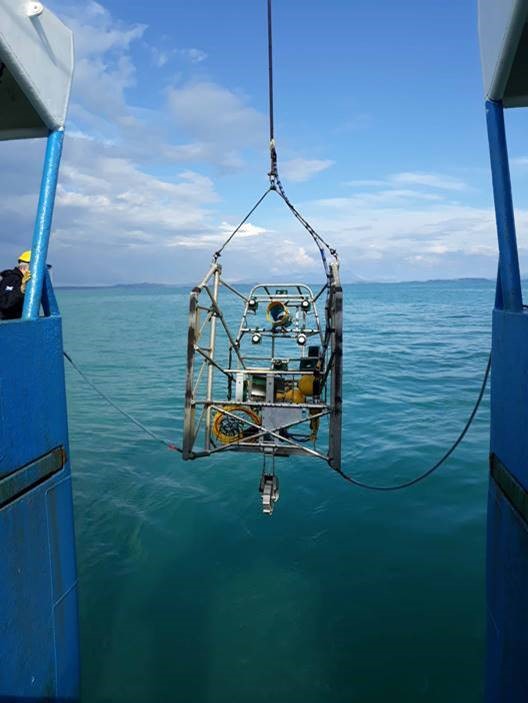 The west coast hills provided a stunning background as the survey worked north past Loch Torridon, Loch Ewe, the Summer Isles and on to Stoer Head where the final COMPASS mooring was to be recovered and replaced. On completing all the North Minch sites the vessel was to make way for the Moray Firth before heading back to port for unloading on the morning of the 30th.

Considering the various challenges initially facing the survey, including reduced days at sea, additional survey areas, reduced staffing and operating in line with national COVID-19 restrictions, the survey and vessel have achieved a huge amount and managed to fulfil its objectives. All planned stations have been surveyed, with the majority of the footage being reviewed whilst at sea with the collated results being processed ready for analysis and providing the essential data for the annual ICES (International Council for the Exploration of the Sea) management advice.

The success of this survey is through the efforts of all aboard and many ashore from both MSS and MSC.

Prev Day of the Seafarer
Next Why we publish our science