MRV Scotia will depart from Aberdeen Harbour at 09:00 hours on 28 April and, after all safety drills have been undertaken, make passage to the decommissioned Murchison platform. The nature of the survey work will be heavily dependent on the prevailing weather conditions encountered and a daily plan will be agreed between the Scientist-in-Charge (SiC), Captain and Fishing Master.

A sound velocity profile (SVP) will be collected within the survey location. On completion of the SVP, MRV Scotia will conduct a multibeam swathe survey of approximately 5 x 5 km over the decommissioned site. Survey speed will be 4 knots. The output will be checked for any anomalous features that could interact with other survey equipment. This will provide insight to locate subsequent survey stations. 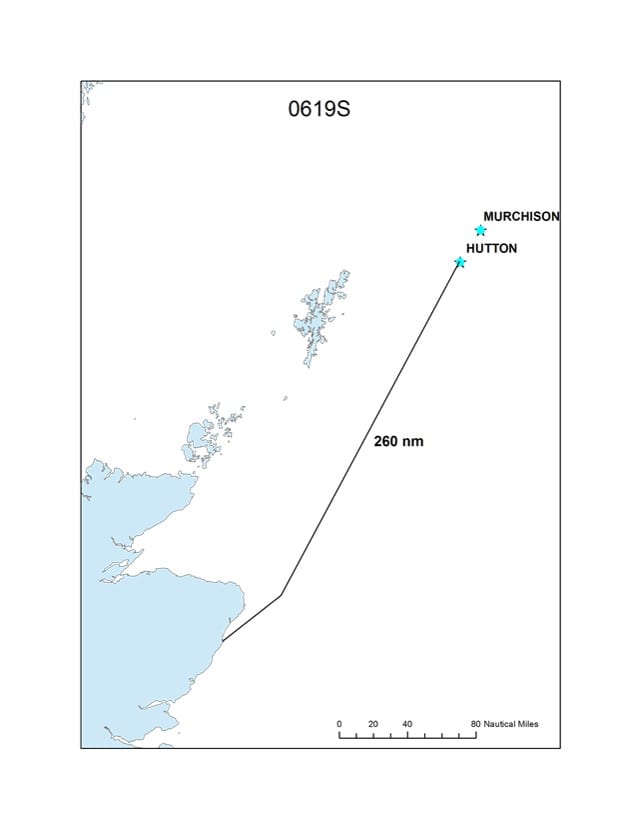 Grab samples of surface sediments will be collected and sub sampled for hydrocarbon analysis.

Video footage and digital stills will be recorded using a drop-frame camera suspended 1-1.5 m above the seabed and towed at a speed of 1 knot or less (0.5 m per second).

Seven time-lapse cameras will be placed on the seabed guided by the bathymetry data collected.

If time permits, additional survey data will be collected from the Hutton decommissioned platform.