A Century’s Worth of Data 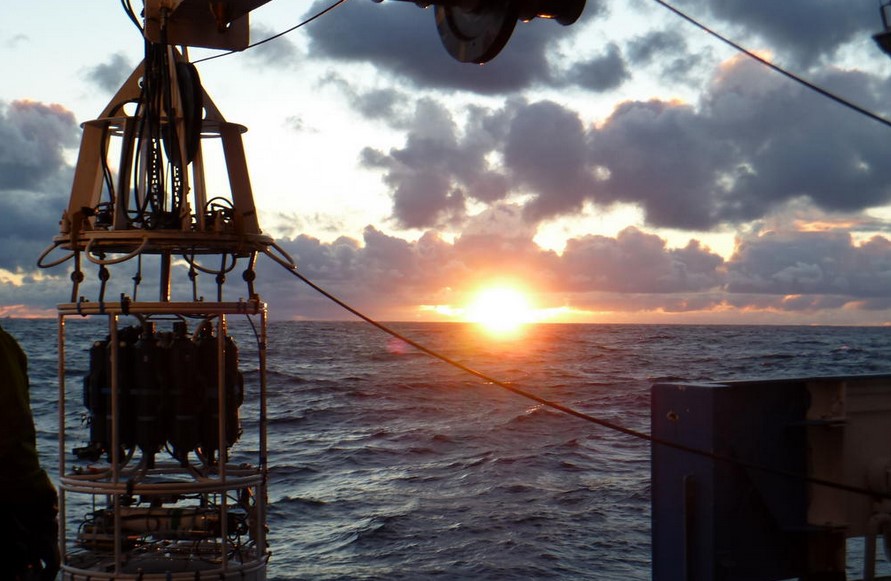 The Marine Laboratory at Aberdeen has been collecting offshore water samples and taking related measurements since the 1890’s. Yet, while the equipment we use has changed a lot since that time, mostly due to advances in technology, the parameters we sample have remained the same.

The Marine Scotland Science (MSS) Oceanography Group will soon be publishing a century’s worth of offshore hydrographic and biogeochemical observations from discrete sea water samples. These data are unique in that they represent a sustained sampling campaign by MSS to document the phsyio-chemical properties of the Scottish coastal regions and adjoining offshore areas; a monitoring strategy which continues to this day. 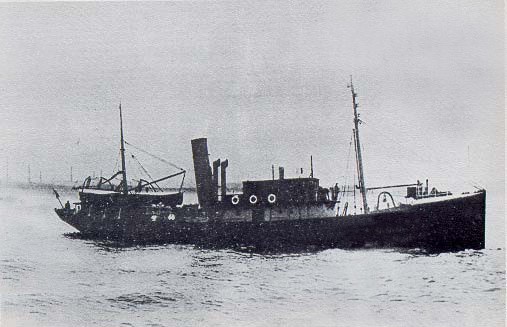 The data include: temperature, salinity, oxygen, silicate, ammonia, phosphate, nitrate, chlorophyll, and phaeophytin. These are key environmental indicators of clean and healthy seas.

The sampling locations from which the data are taken from are a mix of regularly occupied stations, together with ad-hoc samples from MSS ships and charters associated with other research or monitoring activities or specific process studies. Repeatedly sampled sections such as those on the Faroe-Shetland Channel hydrographic sections, for example, have contributed to the International Council for the Exploration of the Seas (ICES) Report on Ocean Climate (IROC) and the Scottish Ocean Climate Status Report (SOCSR) series and to many peer-reviewed publications over the years. 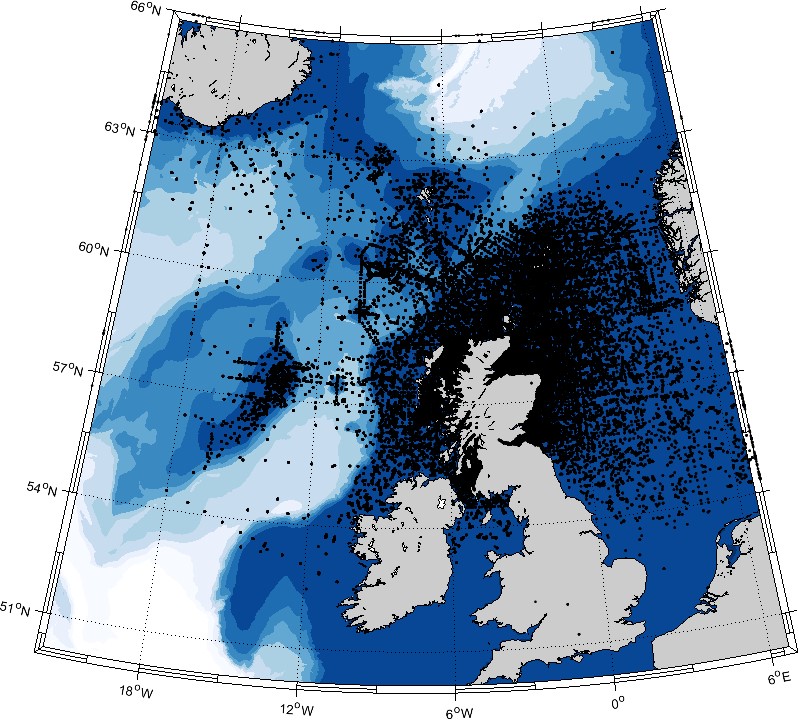 Part of the process of disseminating these data has required applying adequate quality control procedures that give confidence to the data issued. The quality control process has followed internationally agreed standards set out by the Intergovernmental Oceanographic Commission (IOC). Data processed using these standards are assigned numeric flags, which allow the end user to index the data to the level of scientific precision required.

A further step in the quality control procedure was to compare the data to regional, tri-decadal, averages. This was only possible for temperature and salinity data, which made use of an independent dataset to this effect, supplied by the ICES oceanographic database. We used a ‘terrain-following’ vertical averaging method that allowed us to compute median values of temperature and salinity through the water column and across the survey area.

This project has brought to light an extensive database that Marine Scotland is sole custodian of. The data are, and have previously, been submitted to ICES and the British Oceanographic Data Centre (BODC) but this will be the first time the data have been assembled into an independent database. It is hoped that by making the database public these data will support further scientific advances within MSS and across the wider marine science community.