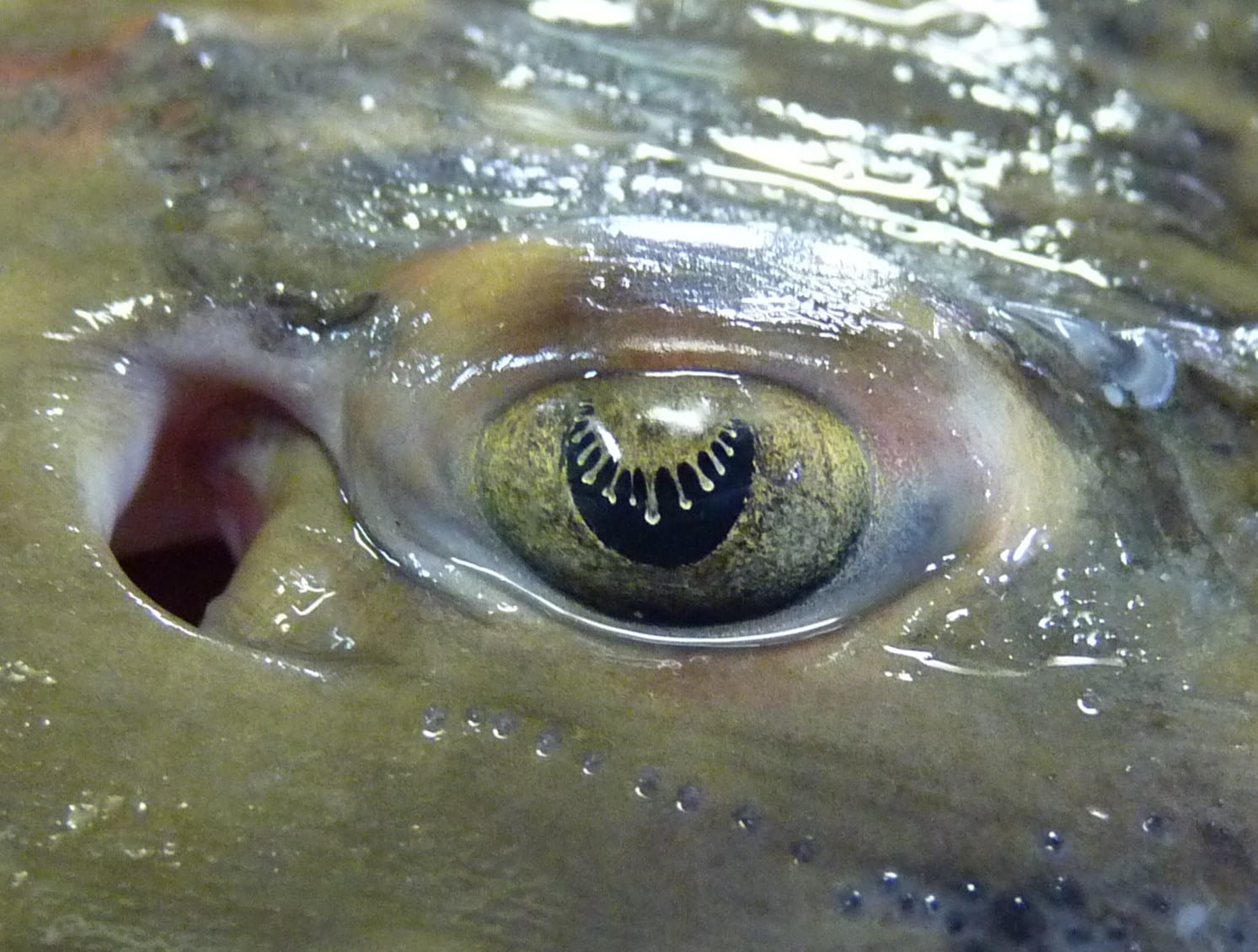 The Nephrops TV survey continued through the South Minch without any issues and experienced some impressive sunsets. Due to a poor weather forecast, the vessel made way for Stanton Bank a little earlier than originally planned and recovered/deployed a COMPASS mooring in the south of the region (which had an even larger squid cluster than the earlier mooring!), before heading north and completing a number of TV stations and a trawl, the first at Stanton since 2007.

A long steam east to Ardnamurchan then followed, accompanied by a number of minke whales, then on to Garvellachs to recover another COMPASS mooring.

All went well and this work was followed by a journey through the Sound of Islay and into the Sound of Jura where all the TV stations and a trawl were completed without any problems. As with earlier trawls, DNA samples were taken from the skate caught in the trawl along with photographs of their intricate eyes (see main picture). As well as all the biological measurements taken from the Nephrops, they were also lined up on the fish house conveyor belt and filmed as they passed under the Remote Electronic Monitoring (REM) cameras, providing data to calibrate the carapace lengths derived by algorithms on the REM system and the measurements taken by the scientists on board (see attached photograph). 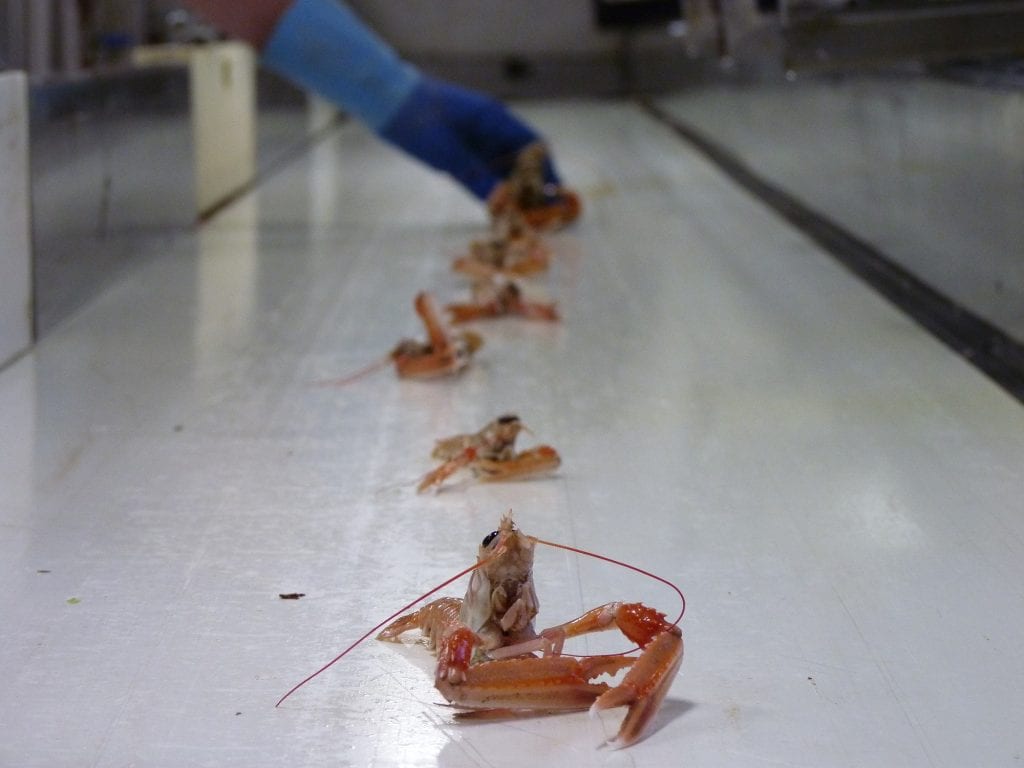 The vessel then headed around to the southerly stations in the Clyde.

Normally this area is only surveyed at the weekend when the trawlers remain in port and creel vessels are active, resulting in less disturbance of the seabed and better visibility to carry out the survey. But due to the weather and the timing of the half landing, the TV work had to be carried out on a Thursday. Despite this, the water clarity was surprisingly good in the south and up through the Kilbranan Sound, although it did deteriorate on the east side of Arran – so a trawl was carried out before heading for a very wet half landing in Belfast.

Once the vessel returned to sea, the remaining stations in the Clyde were completed before trawling off Ailsa Craig and then heading to the TV stations around the small isles, south of Skye, where the vessel remained for a further day before heading back to the North Minch to complete the stations around Raasay and off the mainland and recovering the last COMPASS mooring of Stoer Head.