Exploring the Effects of Climate Change on Marine Food Webs 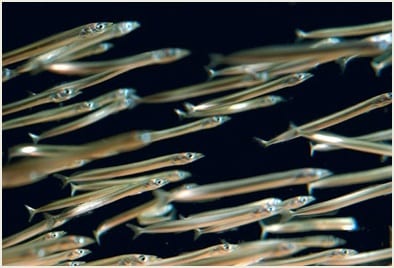 Three researchers (T. Regnier, F. M. Gibb and P. J. Wright) from Marine Scotland Science (MSS) have had their paper entitled “Understanding temperature effects on recruitment in the context of trophic mismatch” published in the journal Scientific Reports.  The paper looks to address the impacts of climate change in Scotland’s marine environment and fish stocks.

The study explores the effect of temperature changes on the interaction between sandeel, a key forage fish for seabirds and marine mammals, and their copepod prey in Scottish waters. Anticipating the effects of climate change on marine ecosystems and fish stocks requires the identification of mechanisms that affect food webs.

In fish, the larval period can be a critical life-stage that determines the strength of recruitment to the stock. For species, like sandeel, that hatch in winter early survival appears dependent on initial food availability and, hence, the degree of synchrony with their prey. 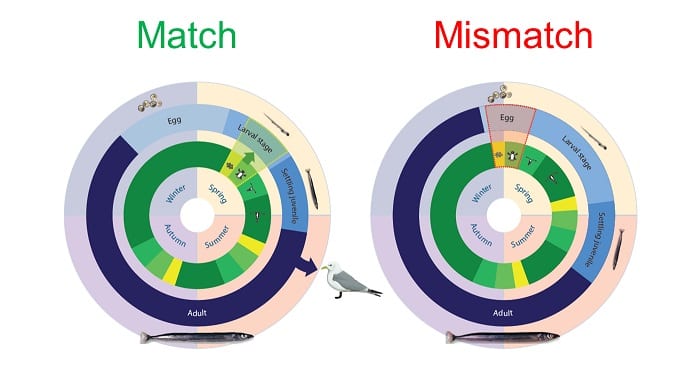 Speaking of a particular highlight in the paper, lead author Thomas Regnier said: “This research sheds new light on the way that temperature affects recruitment in sandeels; where temperature acts indirectly on food availability, as opposed to a simple direct effect of temperature on sandeel recruitment.”