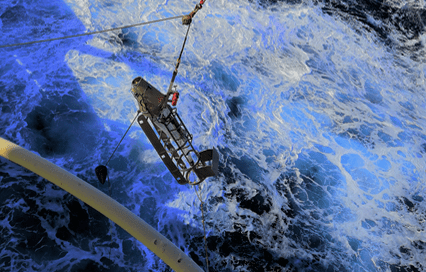 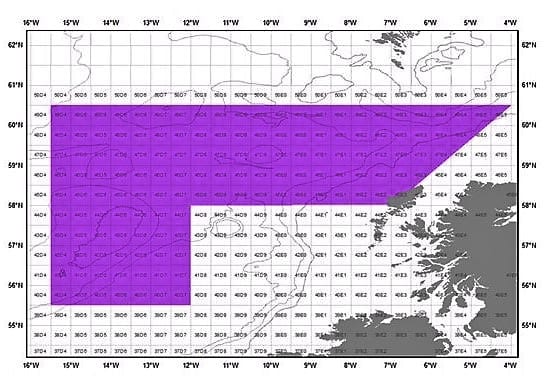 Loading will be completed upon arrival into Ullapool late on the morning of 16 April.  Most of the scientific equipment was retained on board from the previous survey (0119H) and so once on board, time allocated for vessel preparation should be minimal.  Upon completion of this, and after flowmeter calibrations are undertaken in outer Loch Broom, Altaire will proceed to the first plankton station due North of the Butt of Lewis at 58o  45N, 6 o15W.  A further station will be undertaken due west of here at 58o  45N, 6 o45W before taking a SW course down as far as 58o 15N, 7 o15W from where a westerly transect will be taken west until zero eggs are found.

Thereafter, Altaire will be required to undertake some stations on and around the Rockall Trough and Bank before heading back onto the shelf edge west of the Hebrides to resume surveying northwards for the remainder of the survey.  The progress of the German survey south of us may also have an impact on the overall survey plan. Although Figure 1 provides a likely survey outline it must also be accepted that this is highly provisional and as always the final extent and survey route will be dictated by the behaviour of the mackerel as well as the progress of the adjacent survey.  Irrespective of the final survey route Altaire will arrive back in Ullapool for first thing on 29 April.  Unloading will take place shortly after with both Gulf VII samplers together with a large proportion of the scientific equipment being unloaded, as it will be required on Scotia during the next mackerel egg survey on the 8 May (0719S).

Survey transect spacing will typically be at 30’ intervals latitudinally with stations on the transects at 30′ E/W intervals.  Plankton stations will be taken using the Gulf VII sampler with mounted Seabird 19+ CTD which will record salinity and temperature during the deployments.  The plankton tows will require the vessel to deploy at and maintain a steady speed of 4 knots.  The sampler will be lowered at a steady rate (6m/min) from the crane to within 5 m of the seabed or 200 m – whichever is shallower.  The sampler will then be recovered at the same speed.

Once aboard, plankton samples will be washed into the sampler net before being removed, fixed in formalin and scored for egg abundance.  Trawl samples will be taken at the discretion of the scientist-in-charge.  There should be a maximum of eight trawls for the whole survey, and will usually be taken at or adjacent to the shelf edge.  The precise length of each transect cannot be defined in advance as this survey uses an adaptive design, where sampling on a transect will continue until zero or very small numbers of eggs are found.

Prev Hydrographic Sampling with Scotia
Next Demersal Trawling with Genesis