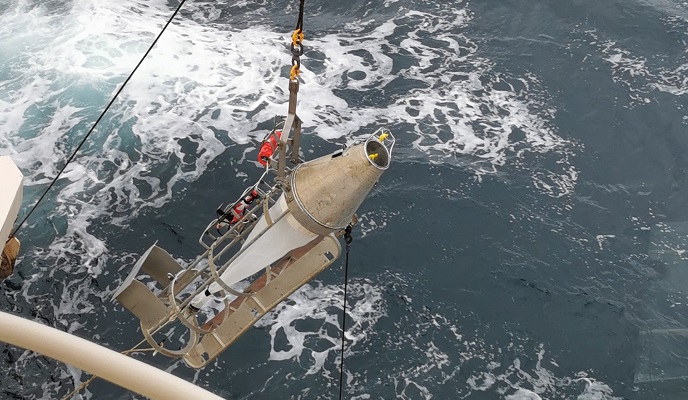 Scientists from Marine Scotland have been involved in a survey sampling mackerel eggs in the Arctic Circle.

Four scientists from Marine Scotland, which is the Scottish Government Directorate responsible for the integrated management of Scotland’s seas, joined the crew of the chartered vessel Marine Fishing Vessel (MFV) Altaire to survey mackerel spawning activity within the Northern North Sea and Norwegian Sea regions this month.

Colleagues were involved in collecting and analysing plankton samples, as well as small quantities of adult mackerel for analysis to assist ongoing research led by scientists from the Institute of Marine Research in Bergen, Norway. 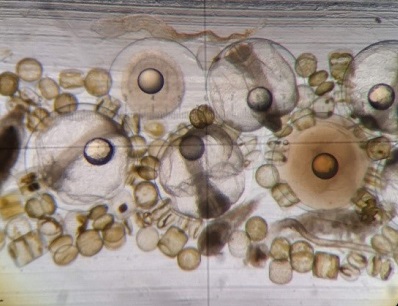 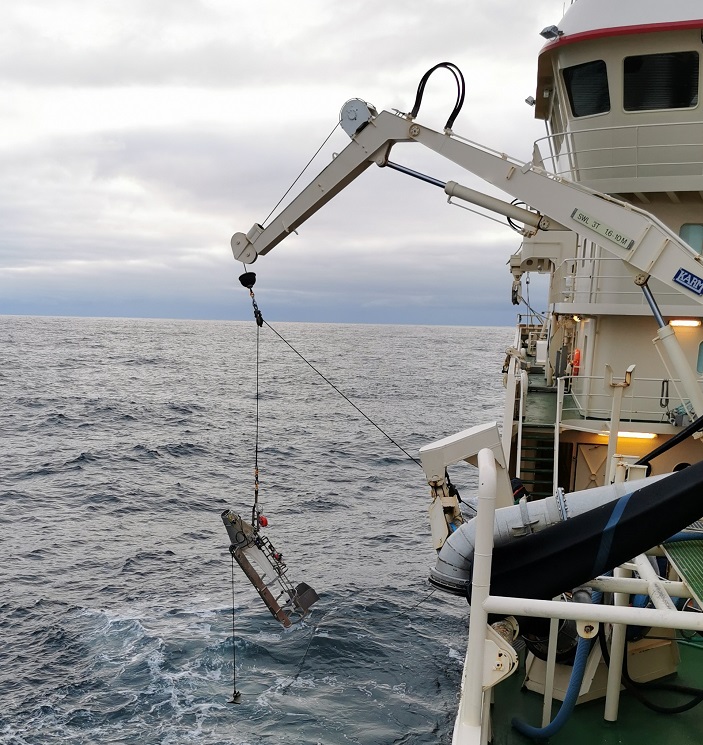 Plankton samplers such as the Gulf 7 sampler (below and main image), and also importantly their flowmeters, are used to collect samples of plankton and calculate the volume of sea water filtered (and therefore also the density of mackerel eggs) captured within the sampler during its journey through the water column.

The three yearly International Council for the Exploration of the Sea (ICES) surveys have been running since 1977, with recent surveys reporting significant change taking place in the spawning behaviour of Northeast Atlantic (NEA) mackerel. It has found an increasing proportion of the stock appear to be moving away from the traditional hotspot areas, along the continental shelf edge west of the UK and Ireland, and heading further offshore with spawning boundaries proving harder to define.

As part of the last survey review process, a commitment was made to undertake exploratory icthyoplankton (the eggs and larvae of fish) surveys within the mackerel spawning boundary areas in these remote North and Northwest regions, during June when the highest mackerel spawning densities are likely to be encountered. 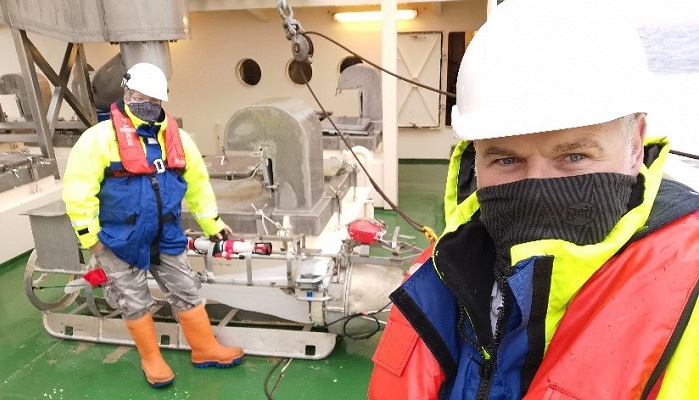 During this survey the Altaire has made its way North, gradually building up a picture of mackerel spawning activity. Conditions have been calm but despite visibility and sea conditions being generally good, sightings of marine mammals have been thin on the ground with just one sighting of two orca being reported North of Shetland.

Altaire crossed over the Arctic Circle at around 6pm on 14 June and with any semblance of midnight darkness disappearing entirely at this point Altaire continued further North, until finally approaching Lofoten the next day.

This Island archipelago delivers truly stunning views and although our crew weren’t granted completely clear conditions during their short visit, the mist did lift enough to give them a glimpse of the striking landscape behind.

At the Northernmost point and amid extremely chilly conditions some of our team attempted some (unsuccessful) rod and line fishing off the Island of Moskensoya but before long the weather once again closed in around the lofty peaks of Lofoten and it was time to bid farewell. 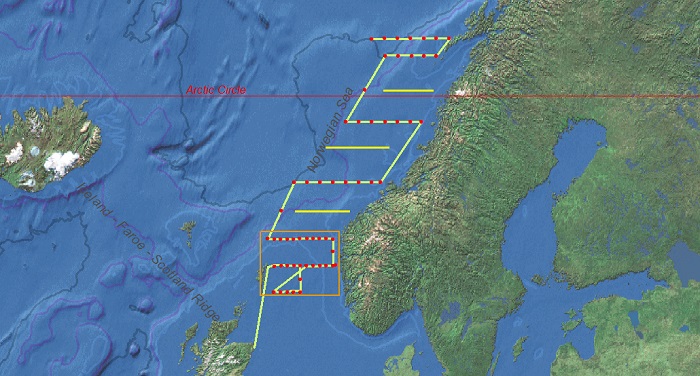 Having completed the first part of the survey, part two will be filling in the survey sections that were missed on the way North.

Mackerel eggs have been reported from virtually every station sampled albeit numbers have been generally low to moderate but this certainly provides hard evidence that the mackerel are spawning in latitudes above the Arctic Circle.

As the world’s northernmost non-Arctic nation, Scotland is directly affected by the profound changes that are occurring in the region. Scottish researchers have a long tradition of delivering world-class scientific projects in and about the Arctic. Seven Scottish universities are members of UArctic, an international and multidisciplinary network of higher education institutions that aims to further education and research about the High North. The Scottish Government’s Arctic policy framework – published in September 2019 – seeks to promote greater Scottish-Arctic cooperation and knowledge exchange with a view to developing joint solutions to common issues and ambitions.